The year 2016 was a landmark in Philippine e-Gaming history for Pinoy gamer fans because of the hosting of two international DotA2 professionally sanctioned tournaments in Manila, with top prize money to boot.  Pinoy gaming fans wildest dreams came true when they trooped to the SM Aura Arena and grabbed gamer loot and affordable tickets plus live TV coverage of the Finals allowed home-based gamers to catch all of the action if they were to far from the tournament venues.

Defense of the Ancients 2 has become such a worldwide blockbuster multi-player strategy game that tournament prize money has reached over $11 million for the The International 4, DotA2 competition, a first of its kind, according to Extreme Tech's Sebastian Anthony, for a PC-only video game that is still setting down its roots as a legit tournament sport the world over.  The pot prize for the The International 4 is said to be larger than high-profile, The Masters golfing tournament which is funded by golf equipment sponsors.

The TI4 DotA2 competition's pot pool is almost 80 percent funded by fans who rabidly play the game worldwide.  They supporting both the game as a community and their favorite players for such events by paying for in-game merchandise online that coincide with hugely popular competition events.  This makes e-Sports a very promising future for young players and gaming communities worldwide.

After the Philippine eSports Development board was established in 2014, local tournaments of popular e-Games like DoTA2, League of Legends and Starcraft 2 started going strong.  This year, 2016 was the most rewarding in local eSports development:  the holding of the ESL One Manila, the first major DotA 2 event in April with a $250,000 prize pool.  And the Manila Major Event in June with a $3,000,000 prize pool.  Both of these major gaming events were nationally televised and also netcasted around the world on DotA2 social media sites.

The two major international tournaments in Manila in 2016 invited the world's top ranked professional gaming teams and fans in Manila were ecstatic to watch their gaming heroes live at the event venue and on TV.  TV5 was the official local channel covering the event.

Defense of the Ancients has been a very popular local PC LAN multiplayer (5-on-5) ever since it became a map game in Warcraft 3 over 12-or-so years ago.  It was reworked with high-definition animation and ported into a stand-alone cloud networked game via STEAM that has regional gaming zones for finding players to game with.

In April 23 and 24 of 2016, ESL One Manila by the ESL Gaming Network was the first international tournament held locally that had the world's 8 top professional gaming teams competing in a play-off style, best of three, team matches in the cult favorite, capture-the-flag video game created by online gaming company, Valve and designed by Icefrog (moniker of a game designer)--Defense of the Ancients 2.  The prize pool for ESL One Manila was an impressive $250,000. 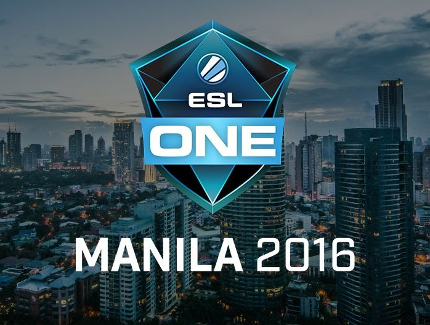 The tournament guested the following top 3 teams:  Team Liquid, Team Secret, EHome, and had 5 teams enter the vent via regional qualifier tournaments:  Wings Gaming (China), Team Empire (Europe), local team--Mineski.Sports5 (Manila), and Fnatic (SouthEastAsia).  The succesful event paved the way for the bigger Manila Major Event in June (which reportedly made up for the logistical snafus and misfires in the Shanghai Major Event).  Wings Gaming came out on top and won the $100,000 top prize for the playoff champs.

Held at the SM Arena in Pasay, the tournament was a success and so impressive that even our neighbors in ASEAN were amazed at the local community in our country supporting DoTA2 and the local organizations that sustain the viability of e-Gaming as a legit and rewarding community activity on the national level.

Malaysian blogger, Terry Bass had a self-deprecating article:  5 Reasons Why I Hated the Manila Major--stating that everything that happened last June was so perfect, he was sad that his country was not pursuing the same excellence in e-Gaming development when they had everything going for them to make such events the pride of their community--just like the Manila-Filipino e-Gaming community.  They don't have to be envious anymore because for next year, ESL Gaming Network will be hosting the ESL One Genting in Malaysia. 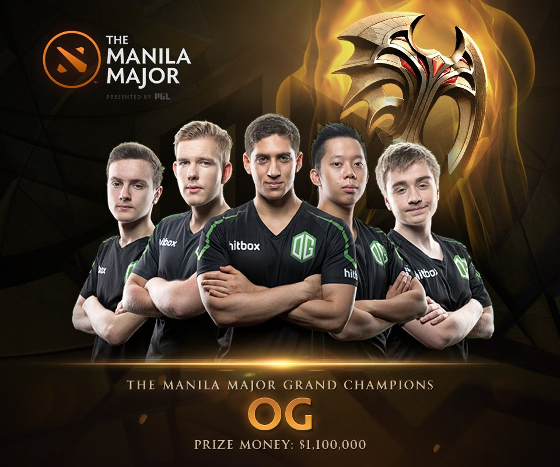 Filipinos also have their own colorful and animated commentators who cover international DoTA2 events around the world on You Tube as offical reps for the country--let's just say it's like watching a cockfight commentary--plenty of Pinoy slang for kicking butt and trash talk, but all in good cheer for a video game everybody from the Warcraft 3 generation-and-above loves.


Video Credit:  MinsekiTV
It is also important to note that a Filipino squad TnC won in the biggest upset ever in the August tourney, The International 4 by defeating the Manila Major champions OG, who drafted weak heroes (Drow Ranger, Witch Doctor and Medusa) against a Pinoy DotA squad with Axe, Lifestealer, and Pinoy fave hero, Vengeful Spirit.
The Manila Major Event DotA2 tourney will cycle back after 3 years while the other international DotA2 tournaments are sponsored in other countries like Malaysia to promote the game everywhere.

That might be an eternity for die-hard, Pinoy DoTA2 fans but it will be worth the wait to be able to attend such an event again or watch it live on TV.  With tournament prizes crowdfunded by an in-game merchandise-slash-loot special offers for less than $10 or so, e-Gaming fans have put their full support behind a game no one thought would reach this level of prestige and community camaraderie among complete strangers everywhere in the world.

See you at the next Manila Major or ESL One Manila and hope we all can get an autograph from Miracle- the amazing micro-managing hero pilot for the DotA2 heroes, Invoker and Timbersaw.