June 17, 2015       Arts and Culture
The Japanese Idol Singer
A Dream Come True for both Kids and Fans
Tower Records Japan, the only remaining Tower Records outlet in the world recently ran a local campaign called 'No Idol, No Music?' which promoted the best among the popular girl idol groups in Japan.  Idol singer groups are a dream come true in Japan for both the kids who perform and the fans who love the music. 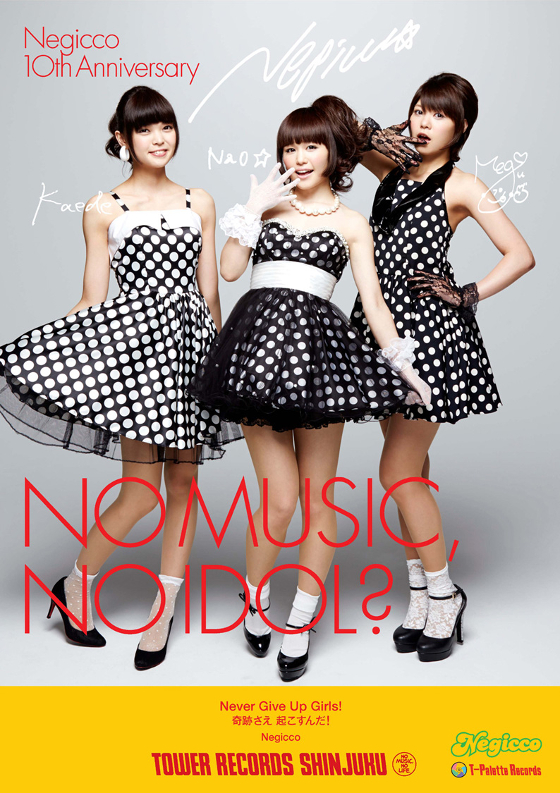 Sakura Gakuin's PV for Song for Smiling, one of the 100s of
idol girl group TV shows, you might recognize the 3 members of
Babymetal also singing regular Jpop songs.
All Rights  reserved to AMUSE Japan and You Tube

Idoru Singers are a unique genre in Japanese Pop Music.  Idol Music is a kind of bubblegum pop music performed by mostly prettified and kawaii packaged girl groups.  Like the Spice Girls from the west but way younger.  The J-Idol girl groups release music EPs and perform music videos or live at special concerts dedicated to Idol music.  These are all made into DVD specials for fans too.  Idol music is very collectible among Japanese music lovers, as well as international fans of the unusual music genre.  Unusual because bubblegum pop music used to be a thing of the 70s in the west, but has been adopted lock, stock and barrel by the Japanese music industry as the CORE for almost all of their music writing efforts.  Most anime opening themes that become popular in the country are always the sort of catchy tunes that bubblegum pop is notorious for.
The performers for J-Idol Pop are typically girls aged 14 to 16 (and boys aged 15 to 18), and the Idol phenomenon is now 4 decades strong and already infecting music listeners from Asia and the West.

Some observers cite that the entire genre is so contrived:  Girls with quirky cute faces are recruited to form a given thematic Jpop group, pass through a rigid screening process,  given a strict code of conduct where personal romantic relationships are forbidden, and the girls themselves don't write the songs and just perform what songs are written for them by an army of bubblegum pop composers that make up the Japanese Idol Pop factory.

Popular singer for Haruhi Suzumiya anime theme songs, Aya Hirano
started as a young 16-year-old, guitar-slinging pop star.
Idol singers are marketed for all their kawaii glory, catchy bubblegum music, music related merchandise, and the once-in-a-lifetime concerts or fan group meetups called ‘handshake events’ – chances for fans to meet n’ greet their idols.  The career of an J-Idol singer group is carefully micromanaged by their parent music house.  Even the interview responses of girl idol members are quite staged and the answers are not as spontaneous as western pop idols to keep the kawaii and innocent character image constantly in play for the fans.  Some interview questions by the press are even censored outright if the girl group's management deems it in conflict with the image they want to project for their proteges.

One of the pioneer Idoru Singers and anime seiyuu or voice actor,
Mari Iijima of Macross fame.  At left is her from 1984, and the rightmost
pic is her  most current celebrity pic at close to 50 years old.

Often, once a girl reaches the mature age of 18 or as old as 25, there is a so-called rite of passage from a cute idol career into cheesecake pin-up celebrity.  Most starlets who appear in the Sentai superhero TV series move on to Idol celebrity singing careers or as photo album pin-up celebrities--coined as Gravure artists.  Think of Gravure artists as the Japanese equivalent of Sports Illustrated swimwear issue models.

Unlike Filipino celebrity fandom, Japanese girl idols lose popularity once they are 'retired' by their mother music company: case in point is Megumi Nakajima (seiyuu of Ranka Lee for Macross Frontier) and older pop artists like Chie Kajiure (singer Mylene Jenius in Macross 7), both of whom were virtually immortalized by their being Macross idol music performer divas yet once they got over 25 years old and the anime series they were pushing dropped off the radar, they were also dropped by their parent music company.

The only Filipina-Japanese to perform at a sold-out Budokan stadium
concert for the Macross Frontier franchise, Megumi Nakajima.
Megumi is now a career voice actress, and is that Filipina you saw in the Nescafe viral campaign on You Tube with Parokya ni Edgar fighting a giant robot.  Chie has hit the club scene in Japan, making good with one-off anime themed shows singing the Macross classics and her own music.


The idol industry turnover for Jpop singers and girl groups is brutal.  (Nevermind that Megumi performed to sellout concerts both in Budokan Japan and in overseas anime concerts.)  But the long tail market or the collectible value of almost every music album churned out by the JIdol music industry is always good for the 15 minutes of fame, the young stars get. 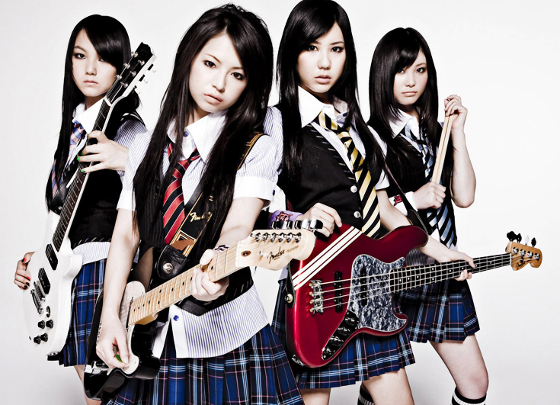 Why are IDORU so revered?

The Japanese hold youth and innocence as an immortal quality, and package these into music celebrities they can look up to not only as entertainment and inspiration but as role models for good citizens.  The Japanese hold on to the Idol music experience as a once in a lifetime opportunity to behold and enjoy forever.  "Idol Singers" are a coveted role by all Japanese girls.  Idol singer groups are a unique Japanese cultural phenomenon.

While the Korean celebrity scene is rife with plastic surgery scandals revealing their favorite goddesses actually looking waaay different when they were younger, the Japanese Idol singer is adored for all of her quirky features including snaggletooth or having crooked teeth up front--a condition deemed ugly in the west but regarded as a charming trait among the youth.  This even spawning dental procedures to artificially induce snaggletooth among some of the more hardcore fans of Japanese youth culture.  Plenty of popular idol singers have quirky features that make them charming rather than the symmetrical features often seen among western celebrities. 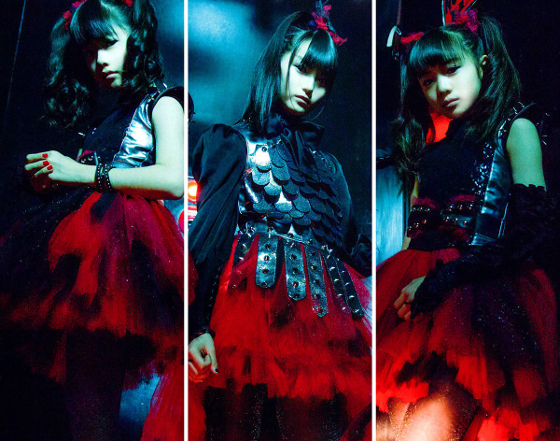 Being an Idol Singer or being part of any Idol Group is always a dream among Japanese girls, inspite of the dangers inherent within (like any celebrity, the kids are exposed to extended work hours, one sided contracts, unscrupulous managers, nasty rumors from the paparazzi, and almost no privacy since their entire teen years as celebrities are one big adventure shared with fans).  The way winning a beauty contest is BIG among Latin American countries and even our own county.  Kids want to grow up to be an Idol Singer in Japan.  A living doll who can sing and dance and star in Sentai TV or Jdramas. 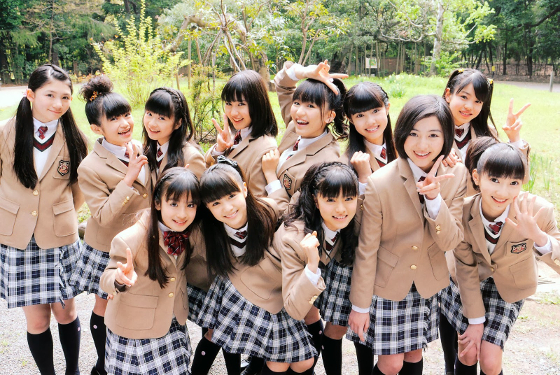 Darlings of Jpop Girl Groups, Sakura Gakuin class of 2015.
With 2 members of Babymetal about to graduate from the group.

There are critics who will proclaim from their ivory tower moral dogma that such an attitude or stereotype that is ingrained into girls is detrimental to women getting a better opportunities or gaining respectability, but you don't ever see Japanese idol graduates ever complaining that their 15 minutes of fame ruined their lives.

Korean pop music media companies have virtually copied the Japanese music industry's idol development strategy: they train their girls for a year while starting so that when the group hits the music video and concert circuit, all of their choreography is tight and the singing is as close to the recorded auto-tuned music as possible.  Even if they often get ghost singers to actually sing the parts of the weaker singers of the idol group.  And the Koreans have managed to do way better because the celebrities they create are marketed throughout the Asian region as well as to international fans.

Taking a cue from Korea' dominating and enduring success with their Kpop idol entertainment industry-culminating in Girls Generation winning the You Tube award for favorite pop celebrity music video in 2014, the Japanese Cultural Office is now promoting everything that makes Japan look good, especially their idol singer culture. 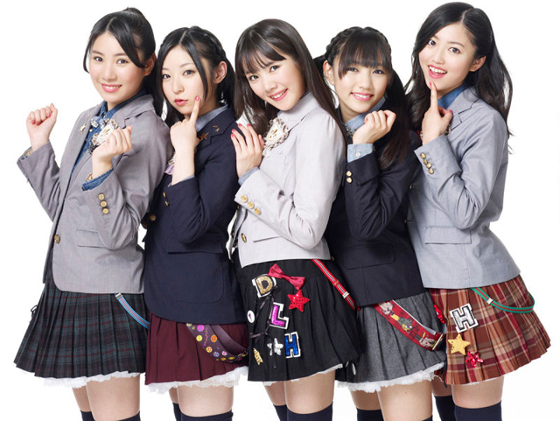 Performers include Idolling!, Up Up Girls, “Dorothy Little Happy, Negicco and Babyraids JAPAN.
Tickets will be available from mid-April, through Rakuten Ticket. 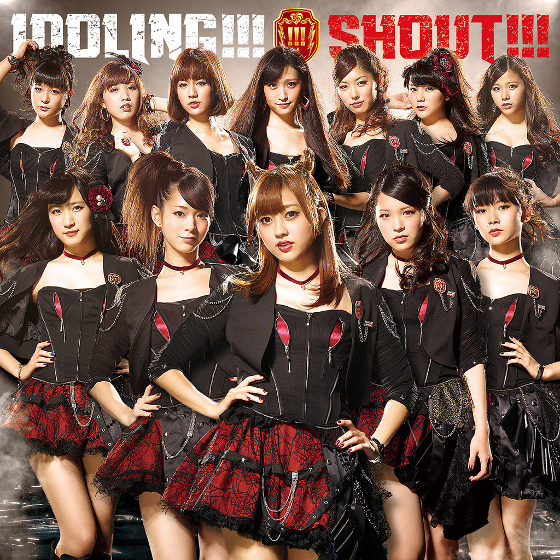