Einstein's Theory Confirmed: Gravity Can Be Detected As Energy

February 12, 2016       Curious Mind
Gravity Is An Energy Wave!
Special Observatory Detects
Gravitational Waves from
Two Black Holes Colliding
The Laser Interferometer Gravitational-Wave Observatory (LIGO), are a pair of ground-based observatories in Hanford, Washington, and Livingston, Louisiana managed by the National Science Foundation of the U.S..  While observing two distant black holes combine, the LIGO station recorded a short burst of wave energy from the space anomaly, proving Einstein's theory that gravity exists as an energy wave as part of the space-time fabric. 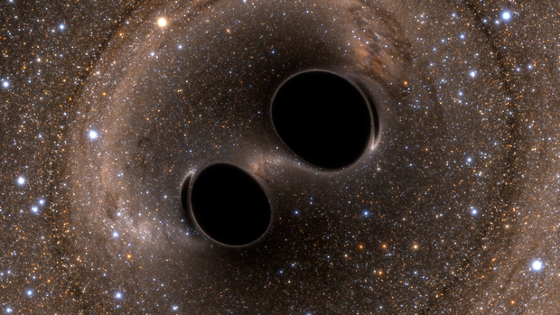 The gravitational waves were detected on September 14, 2015 at 5:51 a.m. Eastern Daylight Time (09:51 UTC) by both of the twin Laser Interferometer Gravitational-wave Observatory (LIGO) detectors, located in Livingston, Louisiana, and Hanford, Washington, USA.

Based on the observed signals, LIGO scientists estimate that the black holes for this event were about 29 and 36 times the mass of the sun, and the event took place 1.3 billion years ago. About 3 times the mass of the sun was converted into gravitational waves in a fraction of a second—with a peak power output about 50 times that of the whole visible universe. By looking at the time of arrival of the signals—the detector in Livingston recorded the event 7 milliseconds before the detector in Hanford—scientists can say that the source was located in the Southern Hemisphere.

Einstein: Gravity Is An Energy Wave

Scientists have for 50 years been trying to detect gravity waves as described by Einstein in his theory of Relativity:  Ripples in space-time created by massive, accelerating bodies.  By observing the two distant black holes orbiting each other, the LIGO station detected the predicted short energy bursts.
This discovery paves the way for a new branch of astrophysics studying gravity waves as a unique phenomenon, especially the part looking at what creates gravity waves and powers them as an energy source.  Scientists hope that studying gravity as a form of energy will help complement what we already know about electromagnetic radiation.

In this reach-unlimited.com's own Unravelling Mysteries section, we have already explored the possibility that electromagnetic energy and even sound energy can affect the specific gravity of stone bricks used in building ancient buildings and monuments, making them light and easily transportable.  There is no known modern stonecraft technology that can replicate the same monuments with the same quality of construction.

Prehistoric societies like the Rama empire and Atlantis, and even Biblical Egypt may have been as advanced as possessing the knowledge of manipulating gravity for aircraft travel (UFOs as Vimanas) and for building ancient monuments that are in themselves markers for all the physical properties of our material universe.  Rogue archaeologists have already discovered that many of scientific astrological data has already been encoded in the physical measurements of ancient monuments like the Gaza Pyramid, and this includes the speed of light.

Maybe the properties of gravity are even recorded in them!