The Book of Enoch

October 16, 2014 | By: Blessing       Unravelling Mysteries
The Book of Enoch
Biblical Reject or an Eye Opening Ancient Gospel
that Jesus and Disciples Actually Studied 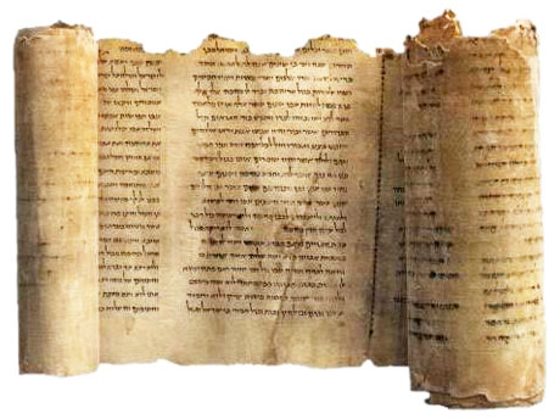 Enoch was the grandfather of Noah. The Book of Enoch chapter 68:1 “And after that, my grandfather Enoch gave me all the secrets in the book and in the parables which had been given to him, and he put them together for me in the words of the book of the parables.” 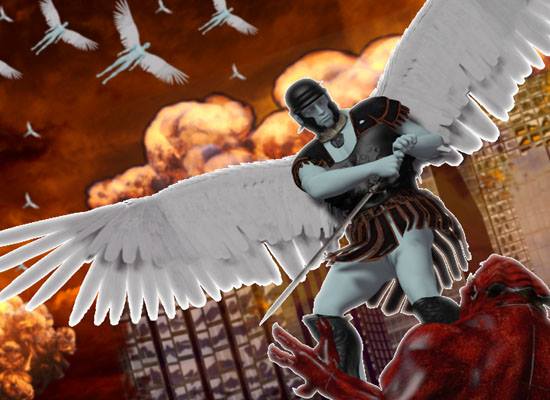 The conflict between the angels of the Lord and the fallen angels
who taught mankind forbidden knowledge is described
in the Book of Enoch.
This makes it possible for the Book to have survived the Flood as its not too hard to accept that Noah would have taken his Great Grandfathers writings with him onto the ark.  Enoch is mentioned first in Genesis 5 but in Hebrews 11, we find Jude quoting from Enoch's writings.
The quote in (Jude 14-15) & (1 Enoch 1:9) is as follows: “In the seventh (generation) from Adam Enoch also prophesied these things, saying: ‘Behold, the Lord came with his holy myriads, to execute judgment on all, and to convict all the ungodly of all their ungodly deeds which they have committed in such an ungodly way, and of all the harsh things which ungodly sinners spoke against him’.”
Part of Scripture in Pre-medieval Christianity

The Book of Enoch was considered scripture by many early Christians. The Ethiopic Church even added the Book of Enoch to its official canon. It was widely known and read the first three centuries after Christ.
This and many other books (like the very controversial Gospel of Thomas, where so many mind boggling miracles were attributed) became discredited after the Council of Laodicea.  Soon copies of it were lost because it was declared not part of Scripture by an arbitrary council with vested interests.
The return of the long lost Book of Enoch to the modern western world is credited to the famous explorer James Bruce, who in 1773 returned from six years in Abyssinia with three Ethiopic copies of the lost book. In 1821 Richard Laurence published the first English translation.  The famous R.H. Charles edition was published in 1912. In the following years several portions of the Greek text surfaced.  Then with the discovery of cave 4 of the Dead Sea Scrolls, seven fragmentary copies of the Aramaic (Hebrew) text were discovered.
A Gospel for Our Generation

The early Church studied the Book of Enoch before it went out of favor.  After being concealed for over a millennia, today it is widely available online and as a book you can buy although the official hierarchies of religion still treat is as non canonical.
The words of the blessing of Enoch, wherewith he blessed the elect and righteous, who will be living in the day of tribulation, when all the wicked and godless are to be removed. And he took up his parable and said -Enoch a righteous man, whose eyes were opened by God, saw the vision of the Holy One in the heavens, which the angels showed me, and from them I heard everything, and from them I understood as I saw, but not for this generation, but for a remote one which is for to come.     (Enoch 1:1-3)    Maybe the time is now for everyone, whom the Lord chooses, to know and study the wisdom of the Lord, censored by some a long time ago. 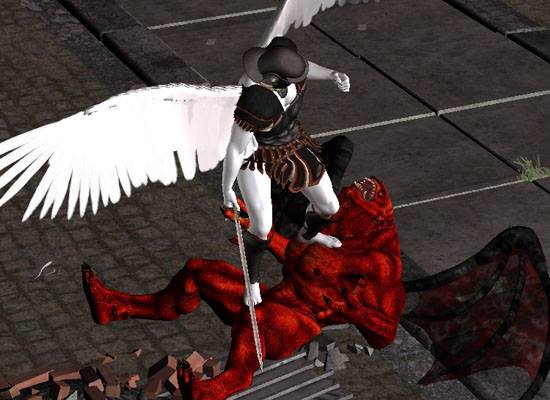 The names of all the fallen angels are given in the Book of Enoch
including their defeat and punishment: to be chained in darkness
until Judgement Day.

A Little Knowledge Is Dangerous

In an online forum about learning wisdom, some dogmatic zealot dropped a veiled threat of a hint about 'A Little Knowledge Is Dangerous' as is the wont of dogmatic zealots.  Hah.  If Jesus and his disicples deemed the Book of Enoch worthy of study as canonical Hebrew learning, then we don't need to be deceived by some one wearing a frock telling us otherwise don't we?
The Book of Enoch was denounced, banned and “lost” for over a thousand years-until in 1773, a Scottish explorer discovered three copies in Ethiopia.  If any church tells you that learning the Gospel or the teachings of God is an exclusive privilege of certain individuals then you know someone is hiding something from you that they don't want you to know...like the Earth revolving around the sun for one example....then apologizing for it eons after.  Know better.  Read!  You can read the entire Book of Enoch online at many websites or you can buy a copy of your own at any progressive bookstore.
unravelling mysteries, the book of enoch, extra biblical texts, heresy, description of heaven and god, falle angels, punishment of fallen angels, names of fallen angels, enoch, father of noah