Mystery of the Sacred Cubit

A Divine Analog for God's Creation

In the Bible, we can find people measuring everything by an archaic method called the CUBIT. Supposedly, the measure of one's arm up to the elbow: roughly 25.02 inches if measured by modern standards.  But the CUBIT system of measurement faded into antiquity, until several scientists started realizing a kind of divine evidence that the CUBIT actually fit into everything you could measure in astronomical physics like a secret geometrical math.  Rediscovered only eons later. 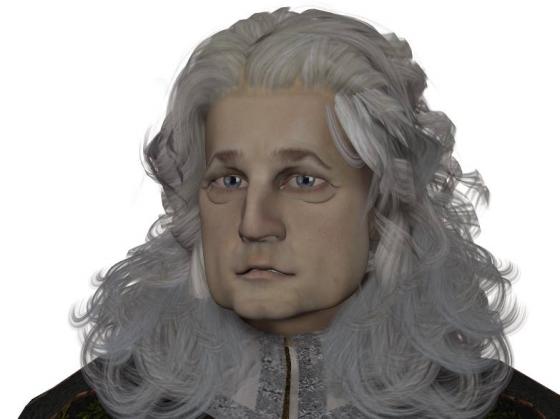 Sir Isaac Newton was one of the most prominent people who spent
most of his life figuring out the Sacred Cubit and how it
weaved into eveything divine.
From Johannes Kepler to Sir Isaac Newton, the geometry of astornomical sizes, measurements and physics were derived using the 'Sacred Cubit' although this three dimensional system of figuring out the cosmos was largely discredited because astronomers were still unaware how the entire process worked, still lacking knowledge of quantum physics, the mechanics of gravity, as well as the conservation of energy, which resulted in astronomical inaccuracies that were cited as the faults of the CUBIT system or a 3D system for measuring everything.
But as smarter researchers review everything today, the Sacred Cubit plays a more important role as an analog for scaling everything in the heavens using its simple and elegant math as left behind in the physical monument dedicated to the Lord like the Great Pyramid.

The Great Pyramid dimensions reflect the divine nature of the Sacred Cubit, the same unit of measure described in the Bible that was used by Noah, Moses, Ezekiel and King Solomon in building everything from the ark that saved the only noble humans from the Great Flood, Moses' building the Ark of the Covenant, to the Temple of Solomon supposedly built by Angels and Djinn, melting and cutting stones with amplified sunlight, during the golden age of Israel.

Sir Isaac Newton defined the “sacred cubit” as 25 pyramid inches. Through intense study of ancient texts, he hypothesized that the length of the sacred cubit to be between 24. 90 and 25. 02 inches (as distinct from the Royal Cubit equal 25.62 inches (used by the Egyptians for building their pyramids) 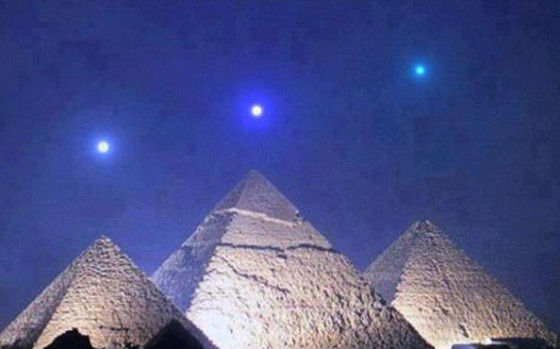 The Heavens Measured by the Sacred Cubit

The pyramid inch (the sacred cubit) reveals a special way for measuring everything in the heavens in a three dimensional manner.

The original perimeter of the Great Pyramid was 36,524.2 pyramid inches (the same as the 1/100 of the number of days in a solar year.)  All of these seeming coincidences are not just some fluke.  They all show a grand design or plan weaved into the measurements of the great monument of the Giza pyramid for the future to redicover and learn. 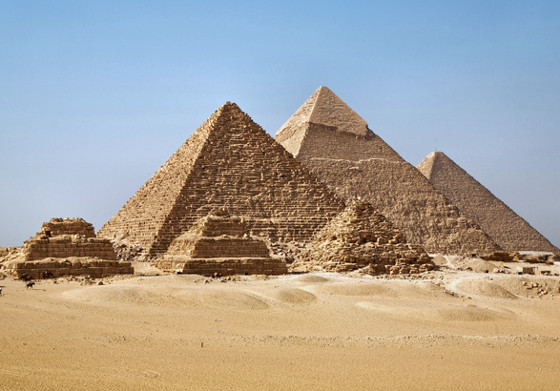 The Giza Pyramid is supposed to be a monument
erected for the glory of the Lord.

Because a pyramid is a four-sided structure, this gives us one more interesting reason (in addition to the Earth-based measure) why the sacred cubit was divided into 25 parts to get the pyramid inch. If we divide the length of one side by 25 (to get sacred cubits), we find that the length is 365.242 sacred cubits.

Thus the 365.242 solar year theme is found in both the perimeter and the base side of the pyramid.
Most planetary dimensions relating to mass, distance to the sun, and other astornomical measurements can be neatly scaled down into cubit measurement analogs as discovered by Johannes Kepler and even amateur mathematicians. 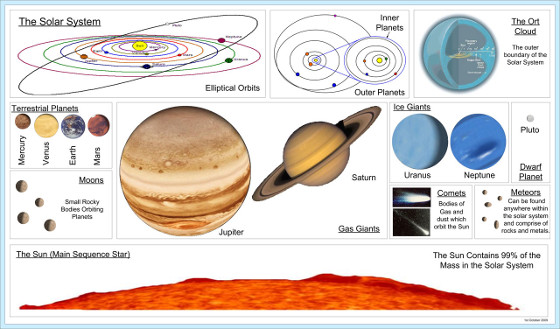 The solar system is said to be accurately represented by the locations
of the pyramid structures as well as measurements derived from the
base and height of the Great Pyramid.
You can discover the measurements themselves on your own. What is important to note is that the way our own solar system was put together is no random cosmic accident but one carefully measured and planned creation that has been recorded in one of the most easily recognizable analogs for generations of humans to figure out:  The Great Pyramid at Giza, a physical monument that records ALL of the divine tapestry in its own building measurements.

The Dimensions of Paradise Revealed

Researchers have discovered that measures of time, distance, area, and even gematria values, the musical scales, in the company of Sumerian, Egyptian, Roman, Maya units of measure, are all related to each other in a manner that is totally surprising given that they are fractals of each other.

It is likely that the term derives from the order of the Greek alphabet, gamma being the third letter of the Greek alphabet (gamma + tria).  Gematria is a Greek word derivation that may mean geometry or grammateia, or even both:  since the Word (an analog for grammar) of the Lord is also a divine mathematical power according to numerologists and arcane science believers.

To illustrate:  the Hebrew word Chai (“life”), which is composed of two letters which add up to 18. This has made 18 a “lucky number” among Jews, and gifts in multiples of 18 are very common among Jews. Similarly, the Chinese and Japanese langauage also have a mathematical configuration like the Greek and the Hebrew languages.

Through the ages humankind has studied numbers to figure out and represent distance and time which should have no reason to be related, but they ARE in ways no one could ever imagine.  All of that recorded by the configuration of the Great Pyramid at Giza.

In the Christian Bible, the prophet Isaiah describes the Great Pyramid of Giza as 'a Monument to the Lord' on the border (Giza) of Egypt.  Hidden within its own dimensions are the measurements of the New Jerusalem as expressed via the cubit analog system represented by a fractal of ALL of three dimensional measurements.  Anyone can thus derive how the New Jerusalem will look like by using the cubit system and the numbers provided:
The Prime Number of the New Jerusalem is an analog of the distance at apogee between the earth and the sun:  9 + 5 + 4 = “18”

The key is in NUMBER.  "All the ancient units relate to each other, and to the dimensions of the earth, by the same code of number as is found in every other ancient form of art and science.” (John Mitchell, New View Over Atlantis, 1983, pp. 125-6).  There are too many convenient coincidences in other cultures where measurements of the heavenly bodies are uncannily similar AND accurate using a measuring system thought to be archaic and inefficient by modern standards.

Without the New Jerusalem’s divine calculations as given in the Bible, the mysteries of the Great Pyramid of Giza remain fixed in the Egyptian configurations and may this may be the reasons other scientists discredited the cubit system as inaccurate.  Because the measurements using the Biblical analog of the New Jerusalem yield VERY precise 3D analogs with the Pyramid of Giza.

If Sir Isaac Newton spent almost 80% of his life trying to unlock this mystery.  And even notable individuals like Queen Elizabeth I, John Dee, Sir Walter Raleigh, Sir Frances Drake and even Shakespeare and Milton, all made some attempt to decipher the sacred cubit and what secrets it may have foretold.

The English system of measurement uses a linear mathematics or sequential representations: 1, 2, 3, 4, 5, 6, and the correlations of these numbers are all ordered in the same manner:  sequential or linear projections.  Divine numerology using the sacred cubit uses numbers as composites or as representations of each other, such that the number 144 or 216 are not simply 2 different numbers in linear sequence nor are they fixed points on a line (144 comes after 143 then you count more fixed points until 216).
The Sacred Cubit measurement system shows that 144 is likewise “9” or 1 + 4 + 4 = 9 and the same for 216.  All numbers are a component of a bigger or smaller number in the same way a cell divides to become a much larger organism.
The Great Pyramid of Giza and  ALL ITS MEASUREMENTS including the Nile Delta Quadrant, etc. are all precisely indicated using the Sacred Cubit and the Measurements of the New Jerusalem as YOUR reference like a Divine Protractor.

The principle behind a Sacred Cubit system of 3D math reveals all of the calculations made for heavenly bodies in our solar system being in accordance with the prime number attributed to God (via Gematria).
Distances, time and areas are all tested and proven as an analog converted from literally adding the numbers within the measurement, most of which correspond either to the number of God or the number corresponding to the New Jerusalem.

Everything around us measured using the Sacred Cubit reveals a divine plan coming to fruition unlike anything  and even narrowly focused scientists cannot explain the uncanny accuracies using limited or linear mathematical systems. 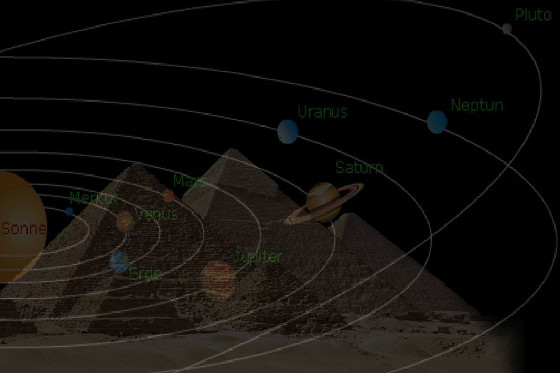 There are many more secrets hidden within the numerology of the Sacred Cubit, most of which will be revealed as science starts to discover that the precision laid out eons ago is the best evidence that the Lord's Word is not just a myth nor some fancy happenstance touted by hacks and charlatans.  It may reveal the most sacred promise, the Lord has given for His flock:  A sure dwelling place in the Heavens,  An inheritance that is incorruptible.  A reward that does NOT fade away.  Holy promises all marked in stone measurements.
unravelling mysteries, sacred cubit, johannes kepler, sir isaac newton, god's number, divine numerology, 3d mathematics, divine geometry, representing god in math