Home  »  How It Works  »  The City as an Ecosystem: Understanding How the Grid Works

The City as an Ecosystem: Understanding How the Grid Works

A city is an urban ecosystem which include both nature and humans.  It is a human created environment with different functional parts that keep its residents alive and well.  The creation of food surpluses helped promote development of extended urban ecosystems--a small town evolves with more areas assigned for living, for working, for learning, for entertainment, for power and utilities, and for getting supplies.
One lesson that we must understand about modern urban ecosystems is that its lifeline is dependent on a grid where material and energy flowpaths into and out of cities travel in a linear fashion that is always prone to interruptions, and in the worst case scenario, a complete shutdown.
If a city ecosystem were cyclic and built to organically replenish itself whether via redundancy and support systems and caches of emergency supplies, then we wouldn't be worrying about the next Ondoy or Yolanda.
One of the biggest factors why America became The New World for immigrants seeking a better life was that the entire continent was a frontier for development while in Europe, the cites became areas for stagnation and corruption which choked opportunities for the growing populace.  The American Dream when that great nation was coming together was having one's own homestead for anyone willing to till the land.
But in this age of megacities, the cycle repeats itself as some areas flounder due to economic collapse and fiscal corruption and the few that remain resilient and still keep well are the urban ecosystems with dedicated support systems and redundancy as well as good governance and access to food belts and waterways (mostly seaside cities like Boston and Canadian cities). 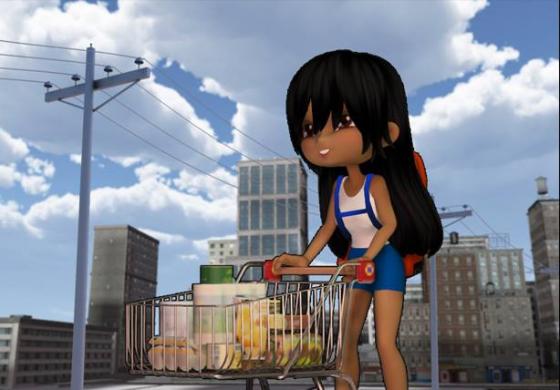 If the ecosystem grid of any single city collapsed, you can imagine how crazy it would be if it cannot be restored immediately.  Even a week's loss of the grid's function can create turmoil, just remember Hurricane Katrina hitting New Orleansway back when and that mess showed that even a first world nation had it up to its neck trying to restore the grid of an urban ecosystem.
What can we do to stay resilient?

Urban ecosystems are complex interdependent systems. Urban planners need to carefully design the elements of the ecosystem to deal with seasonal water cycles and extremes such as floods and droughts, traffic flow that does not impair supply deliveries nor work productivity, communications survivability in any extreme situation, crime prevention and law enforcement, military defenses and civil defense plans for extreme situations, plans for health epidemics and keeping health services one of the most resilient and survivable parts of the ecosystem.
As an individual or as communities within the GRID, there are personal and group survival preparations that need to be ready yesterday, like having alternate power supply systems like solar PVs, keeping an emergency food supply stored per family, self defense equipment for when crime as a result of the grid collapsing escalates, and a means of escape such as vehicles for when the ecosystem cannot be restored and the city literally becomes a ruin of edifices and roads.
Be ready and be prepared for the worst case scenario in any extreme situation.  Help each other as much as one can without losing one's dignity and chance of survival.  And still watch your back at the same time.
city as grid ecosystem, extreme situations, disaster preparedness, survival tips,