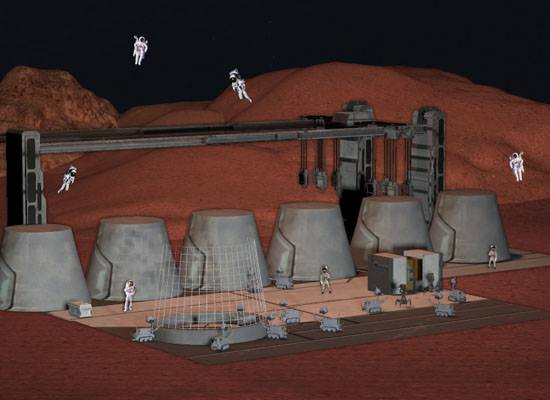 Researchers are now designing Robotic 3D Printers that may soon be sent to nearby planets and moons to be build structures using dust or sand from that planet's terrain.

Right now, London-based design firm Foster+Partners is teaming up with the European Space Agency, and build structures on the Moon from the regolith found on the surface.

Lunar dust, known as regolith (a compound consisting of silicon, aluminium, calcium, iron, and magnesium), is a material that has been tested as a possible compound substance for fashioning solid objects using robotic 3D printers. Hand tools and cladding material as well as structural components can be fabricated with regolith using 3D printing technology as tests by researchers from Washington State University discovered in 2010.

A base camp in the southern polar regions of the Moon where sunlight is constant is one area where the project can commence.

During construction, the base would be inflated to become a dome to provide the initial scaffolding. Layers of 3D printed material would be iteratively layered over the dome to create a strong, protective shell. To ensure strength, the structure would be made of hollow closed-cellular structures.

Such a method offers a highly scalable and efficient model for constructing sanctuaries outside our planet in place such as the Moon or even Mars.

Another off-planet base proposal, has NASA providing a two-year research grant for funding the design of 3D Printing Robots that will build landing pads, hangars, and roads in targeted planetary expeditions before humans get there.

Dr. Behrok Khoshnevis, from the University of Southern California, already has a two year project, building machines that can extrude lunar and Martian soil into infrastructure for an off-planet base. The only difficulties would be in dealing with unrefined sand from these planets and moons which are jagged.  One of Khoshnevis’s breakthroughs came by way of sulfur concrete. There’s about four times as much sulfur in Martian soil as there is on Earth, and Khoshnevis discovered that it could help bind jagged bits of space rock together.  But even once he began using sulfur concrete, extruding the material still proved difficult. Compared to Earth beach sand, Martian and lunar sand is pretty abrasive. 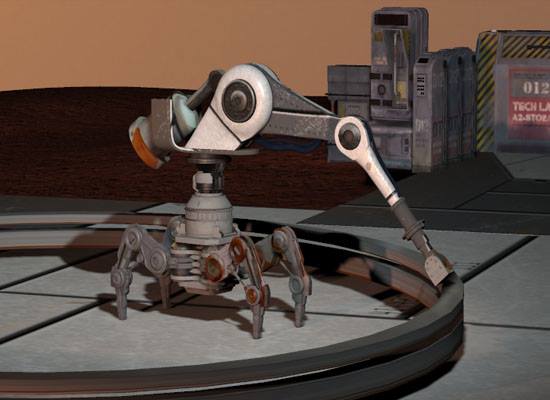 “I am not necessarily banking on this to happen in my lifetime,” he says. “I’m just glad that I’m doing my share. And I’m hoping that some day somebody will use them

Khoshnevis started working on the idea of 3D Printing houses, over a decade ago when he realized the gigantic opportunity in introducing more speed and affordability into construction: “It’s the last frontier of automation. Everything else is made by machines except buildings. Your shoes, your car, your appliances. You don’t have to buy anything that is made by hand.” The technology wastes less material than conventional construction, because the 3-D printer only prints what is needed. You can customize any way you want, just upload a file and a computer will configure the rest. Building homes using 3D Printers could reduce construction costs by up to 30% or 40% of what they are today. 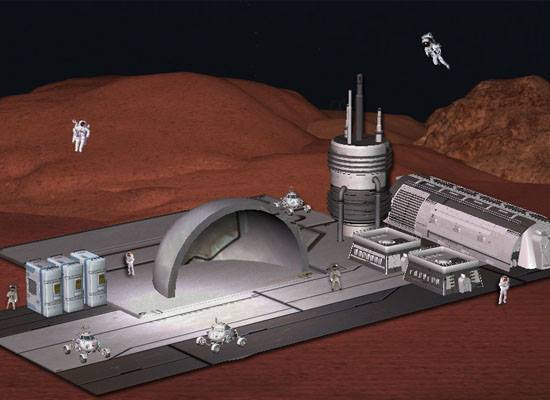 On the Moon the Same 3D Printing Robot
Can Lay Out Roads and Base Structures
Khoshnevis and his students at the school's Center for Rapid Automated Fabrication Technologies have been making workable designs and prototypes for a while now. Contour crafting robotic construction systems have now printed entire six-foot tall sections of homes in his lab, after perfecting the difficult process of extruding concrete in a layered fashion.

He can also use gypsum, wood chips, and epoxy, and is working on adobe materials. “We have pretty much solved all the basic problems,” he says. “We can build a whole house right now, but the only problems are those of logistics.” The system uses robotic arms and extrusion nozzles that are controlled by a computerized gantry system which moves a nozzle back and forth.

There could be big advantages to contour crafting in other markets, especially affordable and low-income housing. One major application, he believes, will be in emergency and temporary shelters.