Home  »  On Higher Ground  »  Six Reasons Why Most People Fail

Six Reasons Why Most People Fail

January 7, 2014       On Higher Ground
Six Reasons Why
Most People FAIL
As much as people want to succeed in life, sometimes they are not ready to hear the grisly truth of the matter, nor are willing to acknowledge that it takes a lot of effort to change the way things are done so that achievements, value and success come together. Here is a rundown of markers you should remember. 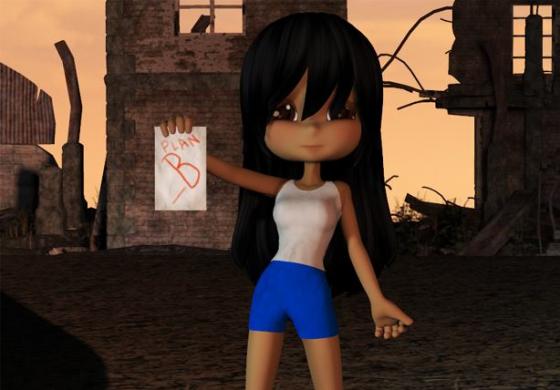 Mixing With Losers
A guarantee for failure in life is associating with losers.  Losers don’t accept change so that better work and success can happen.  They are smug in the usual ways of doing things, and like to recruit new people then bog them down with pet routines.  If you get stuck with a rote idiot you eventually become one like them.  Like that song going…(Losers) are programmed to deceive, you can join them anytime you like...but you may never live.
You Want Everything
It's always nice to have all you want.  But if you go chasing after everything, you get even less than what you set out for.  There are only 24 hours in a day to focus on your priorities.  Even when you can get people to delegate activities towards success, having too many priorities lessens focus and productivity than having a good team working towards one goal.
You Don't Truly Know Why You Want Success
If you don't know the reason why you're trying to achieve your goal you might give up midway or find disappointment even after achieving your goal. What's the deal? Without a compelling reason, where are you going to find the motivation and encouragement for you to overcome stumbling blocks?  One who knows why he is doing his gig, will see the worth of all accomplishments along the way to success.
You Think You're Smart
The day you stop learning is the day you stop improving yourself.  Stop acting as though you already know everything. The fact is, all successful people are people who continuously learn to be even more successful. They don't stop. To put this perspective - you don't know what you don't know, you know?
You Think Short Term
You'll hear this happening often in many 'successful' people's stories – make a lot of money to lose it all. This probably because they became too comfortable.  Another thing is, once getting a taste of success, they lose momentum and think the bounty will always be where it is.  When you think short term, you're only going after the instant pleasure. You must learn to be patient and delay ‘gratification' so that you can enjoy your windfall and not come up short even before you’ve even started.  Lifestyle inflation deflates faster than you can imagine.  And losing faith when you're almost there is a sure sign you think short term.  Have a sense of humor when things go awry and work things out smarter.
It's okay to fail and you should fail as many times as you can. That is how you learn but more importantly, you should never give up – each time you get dirt kicked in your face, wash your face and fight back. Don't be a wussy and expect the world to owe you anything.  It doesn’t.  The Lord overcame the world with good cheer.
ways to fail, inspirational, making a plan, keeping a back up plan, associating with losers, fail in life, on higher ground, keep on learning, know your measure for success