Home  »  Building Block  »  How Can Supermarkets Run Out of Food? Be Ready for Extreme Situations Always.

How Can Supermarkets Run Out of Food? Be Ready for Extreme Situations Always.

July 21, 2015       Building Block
Events that Can Cut
Our Food Supply Grid
Remember when Ondoy made everyone
panic and cleaned out supermarket
shelves everywhere in Metro Manila?
Most Filipinos may be better at keeping a stock of supplies, from food to medicines.  Only preppers in western states seem to understand the need for a food store for emergencies.  The constant strong typhoons and storms make it impossible to survive for days on end if Pinoys kept an empty larder.  But not all of us have at least a two to three day stash of supplies that might get used up if even the power grid goes out.  Don't rely too much on modern conveniences too like the sari-sari store, the supermarket or even the local wet market.  Grids that go down might due to a nasty event may never be put back the same again. 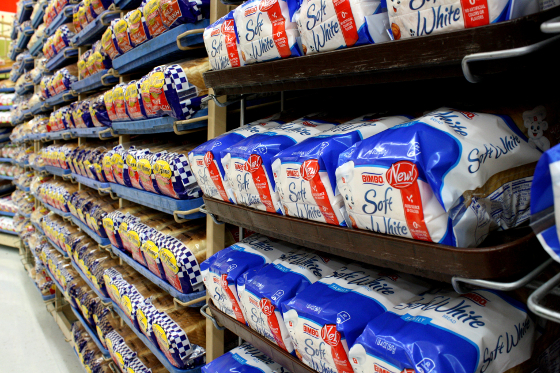 Even the best stocked supermarkets won't keep up if a major
disaster cut off the country's major food supply grids.  Don't wait
until SHTF.  Keep a reliable food store and get most of your food
from cycling through your stocks.
Every time a major super typhoon is confirmed to hit the country, expect water, food and gasoline to run short in areas where people have already experienced the worst of it.  The sad thing is that Filipinos have very short memories about disasters.  Planning for the next disaster almost never anticipates the gravity of a direct hit that cripples everything:  both power, and food supply grids.

In the U.S, FEMA recommends a three-day quantity of supplies.  While western prepper or survivalist groupies recommend up to a full year of the basics like food and water.

In any event here is another reminder that no matter how awesome our summers are, or how good local media and other people say the economy is looking bright or that our allied nations have our backs against foreign intrusions from China....we better have something set aside that can withstand the worst of  disaster, calamity or economic collapse that can result from forces beyond the common street person's control.

A Big Earthquake or a Super Typhoon

The semi-annual super typhoons that flood ANY area in the Philippines they hit are still a menace to life and property and few communities are really prepared for them.

Disaster relief isn't even a remedy that should be our first option, when we can prevent the harm by such disasters with better community disaster preparation plans which include stockpiling on food.  It seems the gorgeous summers of the Philippines distract us from the killer typhoons that are now a REGULAR threat unlike from 2 decades before.

If a natural disaster cripples the power grid or roads and harms our food supply grid, expect ALL stores in the afflicted area to be emptied by desperate people.  We should never FORGET how bad it can get.

Few might remember the time when the nation's economy almost collapsed under the weight of foreign debt in the aftermath of the People's Revolution in 1986.

If any worldwide economic collapse shut down all the local BPOs, you get millions of jobless people with very weak real life survival skills or expertise.  The local electrician or carpenter would stand a better chance of saving his hide than a telephone operator in a disaster because they have a trade that is useful even in such wipe out situations. There already are economic indicators that a financial bubble exists and is about to reach its limit in the near future.


If you have money stashed away, be wary for a financial bubble
is looming to CORRECT itself and your investment might lose
value. Better buy food stores now.  While you can afford to.

If people expect a very nasty economic collapse to occur, or sudden hyperinflation the likes seen right now in Russia where the ruble is losing its value because of collapsing oil prices, you might see people flocking to the supermarkets to buy anything they can STILL AFFORD.  Because the shelves will soon get emptied.

Red China has lately been so obnoxious that they actually are making artificial forward bases on islands near the Philippines' own Kalayaan group of islands and this is disturbing our western allies: The U.S. has already sternly admonished Asian nations to get their act together to avoid further Chinese forward base development.


Red China is actually building forward bases within Philippine
maritime sovereign territory.  It might be too late to do anything
when war breaks out.  Better stock up on supplies now.

Video is all rights reserved to Qronos 16 and You Tube.

A forward base encroaching in our territory only means one thing and we do not want to be on the receiving end of that when it is too late and no one was brave enough to step forward and MAKE a STAND.

Don't be fooled by the fact that the Red Chinese do not have a blue water navy yet.  What they have is enough for a short term invasion of nearby Asian nations, and plenty of bodies to send over for bloody hell.  If a conflict does occur, expect plenty of Chinese controlled import supply chains to get cut.  Some of the local food supply grid that keeps local groceries stocked with food imports are coursed through Chinese trade, and you might find empty stores in supermarkets as soon as the shooting starts.

Thank goodness this may be the least of our worries with the local law enforcement going all out to KILL any threats, from Indonesian bomb makers to southern, armed bandit groups.

But a terrorist attack that cripples the supply grid is still a huge danger seeing how we are the only Christian country in South East Asia, and most of our law enforcement efforts have effectively thwarted international terrorist plots.

The Philippines is going through a tough battle as government is allowing GMO crops to be used by local farmers.  Among our food growers, the organic movement is gaining ground as a better agricultural sustainability model than GMO.

If anything occurs that disrupts the viability of organic farming and compromises our food supply grid in favor of GMO, expect the nasty aftermath of rising food prices, food rationing. People panicking and emptying store shelves, hoping to get as much food as they can before food is too expensive to buy or too rationed to reliably get.


A look at how a global food crisis can happen in the near future.
Video is all rights reserved to FutureLearn and You Tube

Even natural disasters are enough to kill a harvest and disrupt the food supply grid indefinitely.

Be Aware and Most of All, Keep Supplies Ready

This advisory is not a hysterical off-grid advocacy but a firm reminder that we should ALWAYS be aware of what is happening around us.  It is our responsibility to be prepared for the worst situations even if our preparations are limited to just minimum impact scenarios, that still gives us a lifeline. 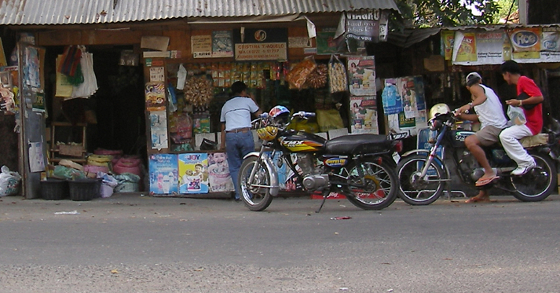 Not even the local sari-sari store might have what you need
when a major event cuts off food to all areas of your
community.  Stocking up will save you the trouble of being part of a
desperate and degenerate  looting mob in the worst case scenario.

We should be aware of how things were when national economies collapsed around the world and how people dealt with shortages in everything from power to basic necessities and food most of all.

Like Joseph in the Bible, storing 7 years worth of bountiful harvests helped save the world as everyone came to Egypt to buy grain when the next 7 years of famine came about.

Be prepared.  Grow your own food.  Keep an emergency supply of food too.  If you think the sari-sari store will always have what you need, it might be too late by the time the next super-typhoon hits your area.
building block, supermarkets run out of food, store emergency food supplies, store food, gorw your own food, events that may cut food supply grid, war, super typhoons, financial collapse, food supply crisis, terrorist attack