October 29, 2014 | By: Blessing       On Higher Ground
Homeschooling Rocks!
Albert Einstein Studied Math by Himself
Unknown to many academicians and students, Albert Einstein was homeschooled too.

Albert Einstein is the most influential 20th century theoretical physicist, and a heroic icon for the often misunderstood mad scientist persona just like Nikola Tesla..   Albert’s father was a salesman, Hermann Einstein and his mother, Pauline was a musician.  Both of his parents were Jewish. 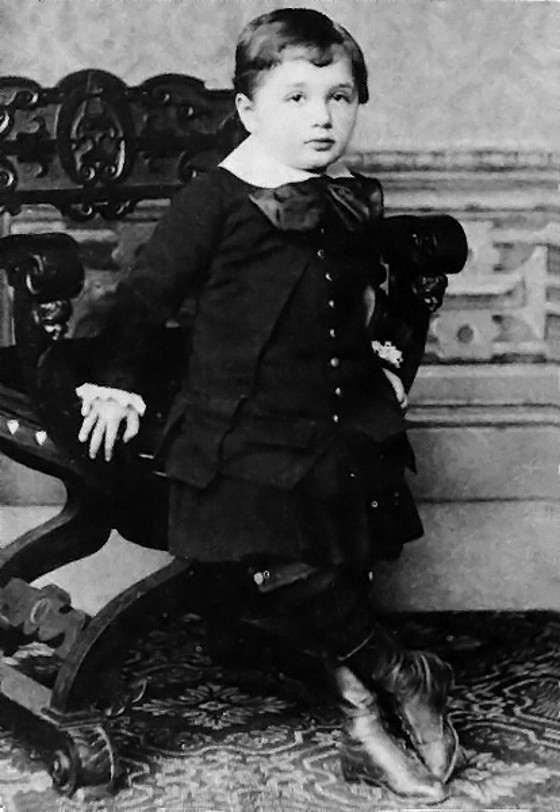 Albert’s interest in science was stimulated by his Uncle Jakob, an engineer.  Einstein was regarded by many of his peers as a genius, and like many creative geniuses throughout history, Einstein was self-educated for most of his learning, teaching himself when he couldn't learn what he needed in school.  Einstein had difficulty in school because of the rote and strict teaching procedures which bored him to death.  Instead of giving up, Einstein setteld himself down and taught himself the subjects that interested him particularly the field of mathematics and physics.

Geniuses are Creative Thinkers too

As a young student, Albert was a slow learner and his parents worried about their son’s slow progress in school.  Albert didn’t start speaking until he was 4 years old and he wasn’t fluent until age 9.

Einstein later credited his formulating the theory of relativity to this slower pace of thinking through all his learning and self teaching: “The ordinary adult never bothers his head about the problems of space and time. These are things he has thought of as a child. But I developed so slowly that I began to wonder about space and time only when I was already grown up. Consequently, I probed more deeply into the problem than an ordinary child would have.”

Albert had a hard time keeping up in school and was mostly unhappy with structured learning. Even his teachers reported that:  He couldn't keep up with other 'smarter' kids, was unsociable, and always daydreaming.

Einstein attributed his school problems to a dislike for the rote process of tests.  He chose to study and  to learn at his own pace and digesting the lessons like a child at play, enjoying the moment and making the most of time he got to learn by himself.  Einstein disliked scheduled homework required by his teachers. He wrote in his memoirs when he was older that the spirit of discovery and creative thought were lost in strict rote learning. Einstein was 15 years old when he left school “with poor grades in history, geography, and languages.” But before this, Albert already began studying complicated mathematical concepts at his own pace, and  had settled into teaching himself higher math courses by age 10, in which his real studies were done at home.  His family did all they could to support his studies by purchasing his textbooks in advance so that he could read them over the summer break. 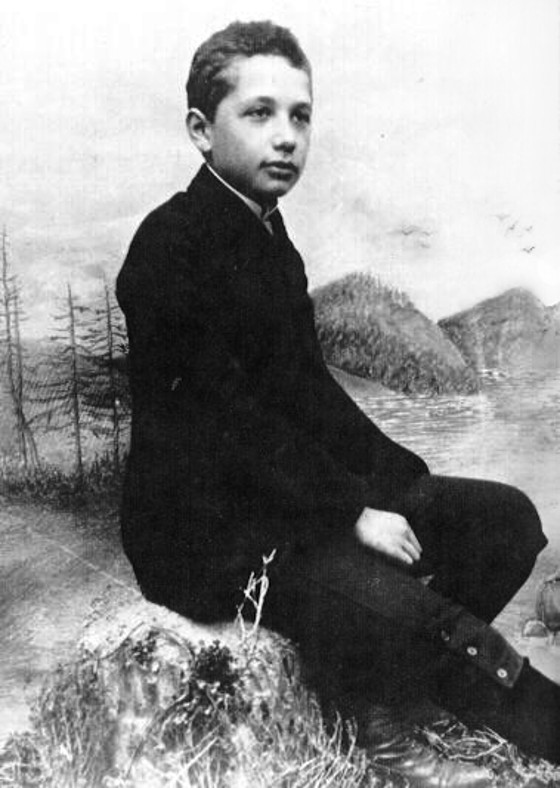 At age 12 he mastered Euclidian geometry (the study of points, lines, and surfaces) and by the age of 15, Albert already understood the nuts and bolts of differential and integral calculus (a higher form of mathematics used to solve problems in physics and engineering).  During his free time, Einstein enjoyed playing with blocks, construction model sets, or just go on long solitary walks in the mountains and contemplate and ponder on creative ideas he wanted to think of.

Without a high school diploma, Einstein applied to the Polytechnic Institute at Zurich, Switzerland. He failed the entrance examination but he got outstanding scores in the mathematics and physics sections.  Einstein acquired most of his education through self study.  Albert was then sent to the Cantonal School in Aarau, Switzerland to finish secondary school, where he graduated at age 17.

After graduation, he could not find a professional job. For two years, Einstein worked as a tutor and substitute teacher. In 1902 he was hired by the Swiss Patent Office. As an assistant examiner, Einstein was responsible for evaluating all of the new patent applications for electromagnetic devices.

Einstein went on to receive a Ph.D. from Zurich University in 1905, for which he published three theoretical papers of great importance to the development of 20th-century physics. 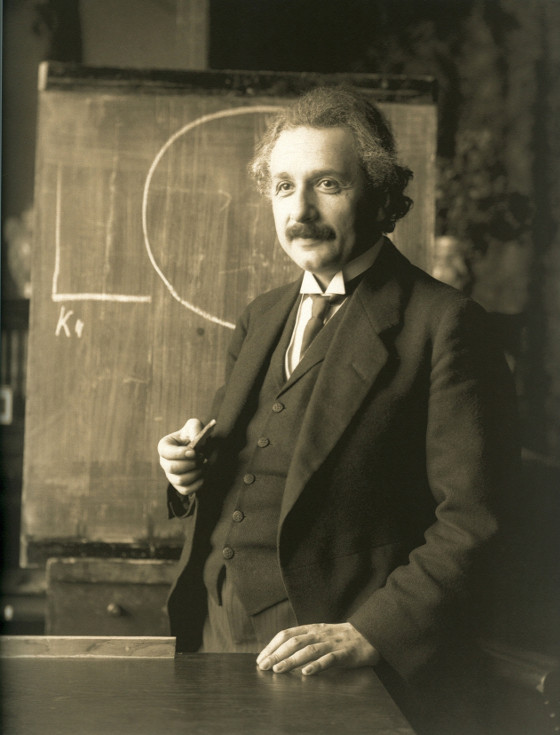 In his paper on Brownian motion, Einstein developed a mathematical formula to explain that the visible motion of particles suspended in liquid was due to the invisible motion of the molecules of the liquid.

This theory was later confirmed by experiment. Einstein’s second paper, showed a revolutionary hypothesis concerning the nature of light. Einstein predicted that under certain circumstances light can be considered as consisting of particles, or photons. He proposed, when photons of light strike certain metals, electrons are released from these metals in the form of electrical energy. This phenomenon is called the photoelectric effect, and it became the basis for the photoelectric cell - and led to the invention of television. To explain the photoelectric concept, Einstein utilized an idea called quantum theory that had been proposed in 1900 by the German physicist Max Planck. Einstein’s paper was the first use of the quantum theory outside of Planck's own work.

In 1916 he republished a more complete version called a “Special Theory of Relativity.” Einstein’s theory showed that matter and energy are really two different forms of the same thing, assigning his landmark equation that energy is equal to mass times the speed of light squared, or E = mc2.   Einstein’s theory concluded that time, weight, and mass were  not a fixed constant; that all  measurements of time and space depend on judgments. But Einstein never advocated that the everything was a philosophical relativist reality . All of Einstein’s theories, including relativity, were based upon a quest for absolutes and precision.


One of the many good narratives explaining Einstein's
Theory of Relativity on Science TV's You Tube channel.
All Rights Reserved for Science TV

Einstein’s ideas confirmed that a small piece of matter with certain properties could be transformed into a huge amount of energy.  And this led to research called the Manhattan Project creating the atomic bomb and atomic power plants.

In an interview for Time magazine, Einstein explained why he most people cannot grasp nor understand the nature of God: “The problem involved is too vast for our limited minds. We are in the position of a little child entering a huge library filled with books in many languages. The child knows someone must have written those books. It does not know how. It does not understand the languages in which they are written. The child dimly suspects a mysterious order in the arrangement of the books but doesn't know what it is. That, it seems to me, is the attitude of even the most intelligent human being toward God. We see the universe marvelously arranged and obeying certain laws but only dimly understand these laws.”

Homeschooling proves that the best minds of our times learned best when taught in a nurturing environment that allows for creativity and imagination; to put together ideas or discover ideas about the world and how it works.
on higher ground, albert einstein, homeschooling rocks, teaching one's self mathematics, creative genius, theoretical physics, physicist, studying at home