October 29, 2016       Muscle Machines
Russian Railways
Can we get help from Russia Railways
to help us build our own inter-island
railroad network like President Roddy
Duterte dreams of?

Although China might seem like the country's choice for getting a national inter-island railway infrastructure going, there might be more incentive and technological advantage to have a Russian locomotive builder and railway as the template for the Philippine's island-linking railway of the future as our country's current President, Roddy Duterte envisions.

According to Michael Clausecker, Unife's director general. (Unife is an international trade organization) in an WSJ article: "Rail lines tend to anchor development of new towns, companies and jobs while increasing travel between cities."

China has been lording it over in the world of train and railway building because they offer very generous financing options.  In 2014, China snagged a contract to build a new 200 kilometer high-speed, bullet train line between Mexico City and Queretaro, an industrial city north of the capital. Costing Mexico up to $3.75 billion, China offered to ease the cost of project funding by also financing 85 percent of the project with their own Import Export Bank of China.  Local tabloid media pundits have been making snide and underhanded comments about Duterte asking the Chinese premier to "have a heart to give our country a railway line"  but the context of his comment is the fact that China does offer very generous project financing arrangements for overseas railway projects on top of their own state-of-the-art train-building and rail line technology. 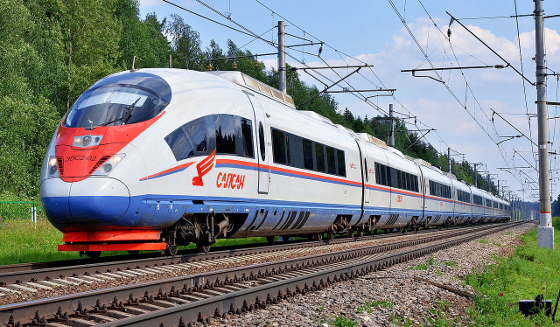 Image Credit:  Sergey Korovkin 84  for WikiCommons  CC  BY-SA 3.0
The high-speed train EVS2-02 «Sapsan» on Moscow to
Saint Petersburg railway line
Russia and China also have their own Trans-Siberian railway line project in the works which is reportedly also being financed by China's state-owned banks.  The only downside of superconductor-electric railways is that they might not be ideal if power outage situations render a line useless.  If tracks can be used by both high-speed and electric motor or diesel engine locomotives, that might be the best for the Philippines.  Having a working line is what counts.  Even if the railway and locomotive technology isn't as cutting edge but may be more resilient and can survive extreme weather conditions.  Hence, we check out Russian trains.

Russian Railways is ranked second longest globally, it ferries 1 billion passengers a year and earns $42 billion in annual revenue.  The volume of freight hauled around Russia is third behind the United States and China, but it is delivered in geographic areas that have some of the harshest climate conditions.

Survivability may be an issue for a Philippine inter-island railway service that is in the path of very harsh typhoons and storm surges for half the year.  Since air freight is expensive and shipping via sea is slow, having a national freight and passenger railway service that runs the length of the Philippines--a dream of the current President Roddy Duterte--should improve local trade, tourism and cultural development. 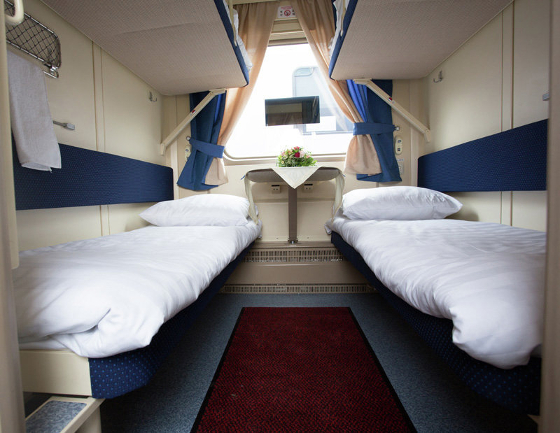 Image Credit:  Tver Carriage Works in Sputnik News
A look inside one of the passenger cabins of a Russian bullet train.
Transmasholding is one of the major train builders for Russian Railways.  Its own Tver Carriage Works has been building passenger cars since 1898: from one-story and double-decker cars, staff cars, to commuter passenger cars.  Russia also shows us how to manage an extensive railway system:  since 2003, Russian Railways, Rossiiskie Zheleznyie Dorogi or RZD, has been redistributing its revenues with a policy for cross-subsidization: from freight revenues supporting passenger operations, and subsidizing coal shipment freight runs.  Profits from the operation can subsidize the railway itself.

Ural Locomotives, is a joint venture of Siemens and the Russian Sinara train builder company and specializes in building electric (DC motor and battery) freight locomotives.  They are currently running the ES10 2, a modern electric locomotive that is one of Eurasia's most powerful freight trains. 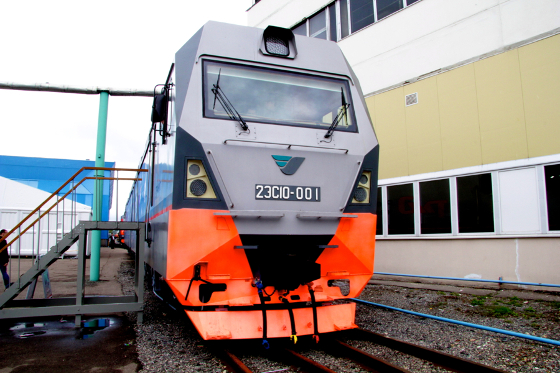 Russia train technology has the best designed coupler in the world, in the SA3 coupler.  It is supposed to be better thant the Janney coupler used in the United States. Advantages of the Russian SA3 include: 1. It is always ready to couple, unlike the Janney coupler which requires that at least one of the couplers has its knuckle open.[16] 2. The SA3 also has greater gathering range. 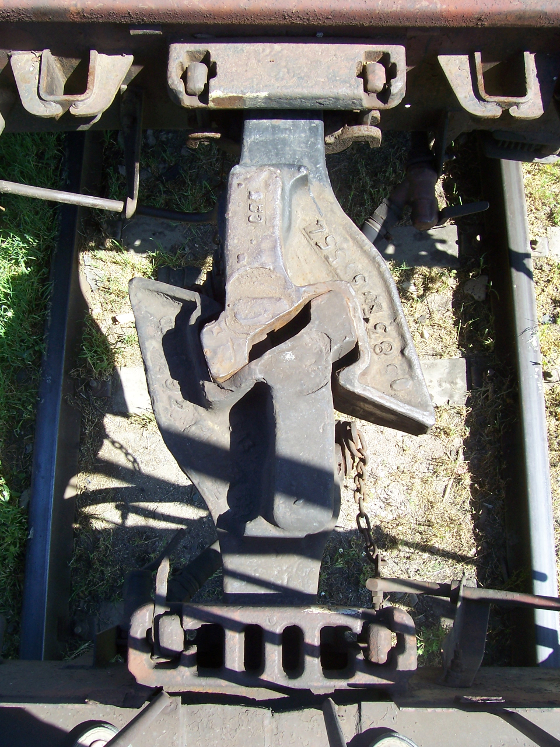 The new freight train made by the Sinara Group for freight locomotives uses a LNG-powered turbine to power a generator.  Rolled out in 2014, the new electric motor can generate a high voltage output of up to 500V output for the train's traction motors. Russian Railways got interested in the LNG gas-turbine unit based on aero-engine NK-256 which was an offshoot of the Russian military doing research on aircraft engines powered by liquified natural gas.

The GT1H freight train of Sinara which uses the new LNG turbine for trains has a total output of 7.35MW according to the IRJ or International Raiway Journal.  This freight train motor is capable of hauling a 16,000-tonne 170-wagon train like its predecessor GT1 electric engine from 2007.

Valentin Gapanovich, Russian Railways' (RZD) senior vice president and chief engineer, described the project as a "world first."   Russian LNG powered trains have broken world records too.  The locomotive can accelerate to a speed of up to 100 kilometres per hour and cover 750 km on a full tank of fuel.

No need for electricity powered, bullet trains if the country can't afford them.  Russian train technology may be good for its own merits and investing in freight train electric engines powered by liquified natural gas designed by Russians.  Such rail lines may be worth the investment in remote areas with no electric grid to power the railway.

Since the country already has taxis powered by LPG or LNG, a railway linking remote towns that have no access to a power grid but have passenger and freight locomotives with LNG electric engines should be very green tech indeed.  LNG turbines have up to 10 times lower carbon emissions than European emission standards. An LNG turbine for a locomotive also doubles as a mobile power station for remote towns that need emergency power in extreme situations like typhoon disasters.


The Filipino President's dream of a national railway linking inter-island trade and travel may become a reality sooner than we expect once we get talking with Russian Railways to help us get studies under way to build the best railways we can afford with their green tech and world-proven train building technology.
muscle machines, russian railways, vladimir putin, russian trains, lng turbine, electric train