Home  »  Tech Buzz  »  The Sneakernet Is Back! Delivering Big Data By Bike Messenger IS Faster than the Cloud

The Sneakernet Is Back! Delivering Big Data By Bike Messenger IS Faster than the Cloud

September 30, 2015       Tech Buzz
The SneakerNet
Is Back!
Bike Messengers Can Free Your
Line for Other Important Tasks
Plenty of interesting movies about the lives of NYC bike messengers abound from the 80s until today.  Bike messengers can deliver virtually any cargo within city limits.  From a parcel to a Christmas tree.  These days, even big businesses are keeping their own pool of hand-carry, delivery people for very sensitive cargo:  data in storage media.  When the internet was just starting, computer geeks coined data delivery via walking or commute as the sneakernet. 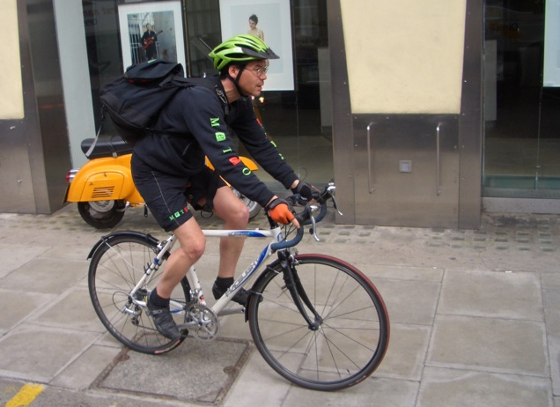 London bike messenger  by Buffalo Bill  for  WikiCommons CC BY-SA 3.0
Bike messengers are coming back as a legit option for hand-carry,
data storage delivery and transfers because they are faster than the
fastest connection speeds for up to 100 GB and higher..

Computer files used to be exchanged using low density storage media aka floppy disks before the internet was around.  Then people physically detached hard drives, or burned tons of CD-Rs and DVD-RWs for sending out data to where they were needed.  Like music and cassettes or film and videotapes before iTunes and Netflix.  Floppy disks were sent by post or delivered by foot, bike, car or train. 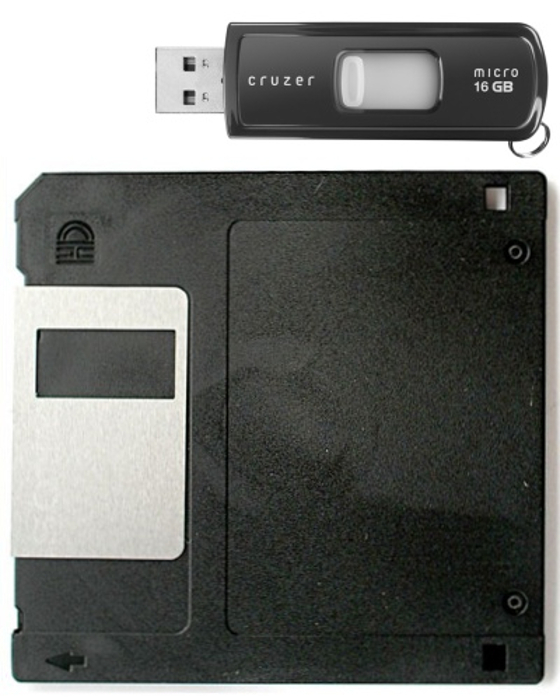 Physical delivery of data in storage media might sound too cumbersome, but if you consider very large files (100 GB and up), and the amazing technology of portable storage media from flash thumb drives to poratble SSD hard drives to even old school DVD-RW spindles: physical transport is just be the better option than waiting forever for the cloud to complete your 2 terabyte download.

Even when your ISP bogs down and you lose your connection to your precious cloud service, you get your data safely delivered.  Think of the Battlestar Galactica TV remake where the Galactica is a throwback capital ship that does not having  a connected data network but has their techs copy data on a media device and hand-carry it to the next station that needs that data.  Stable and resilient even to the worst SHTF conditions.

No one would clog their internet connection sending out 500 GB or higher and bog down other company online ops.  A bike messenger with a backpack always gets your data to a regional office faster than the cloud or any current online data transfer service.
Even the best internet connections in Manila can only get a 4GB data file download from say the cloud, into your desktop in roughly an hour or so at best.  A bike messenger can get your data storage media containing 100 GB or more from one place to another in two hours or less in even the worst travel conditions (bad downpour, bumper to bumper traffic).  Unless some  mugger robs your messenger, you actually get your data faster from place to place. 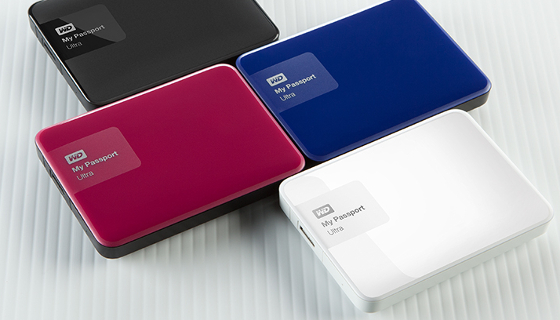 Highly recommended today for portable hard drive storage solutions
are Western Digital My Passport Ultra drives which can hold up to
3 terabytes of data.  Your online connection will take forever
to upload and download the same volume of data
compared to sneakernet delivery.
Information Density

Portable hard disks now come with a capacity of up to 3 TB and higher. Desktop hard drive media carry even more.  With data such as high definition digital pictures taking up plenty of data space, sending the same data online via cloud to another computer is slower when data size goes up because the internet connection tech has evolved at a pace that is 3 times slower than storage media for carrying large data file size transfers..

A Sneakernet option becomes more essential every day.  Companies are stacking hard disks and other storage media with ever higher capacities and have a need to share their data or send them out to other physically and geographically remote locations.  For client presentations to arrangements with business partners like post-production on a film being shot..

To beat clogging up your connection, just put a portable hard drive carrying up to 500 gigabytes in your backpack and  walk to your destination.  Or hire a trustworthy bike messenger service to get your stuff there.  Are you faster with hand delivery than your internet connection?  Only when sending data to the other side of the world is the web connection speed better than physically hand delivering data storage media, but you can hire courier services to deliver packages overseas.  The web only works for small file sizes like email and under 1 GB size files. 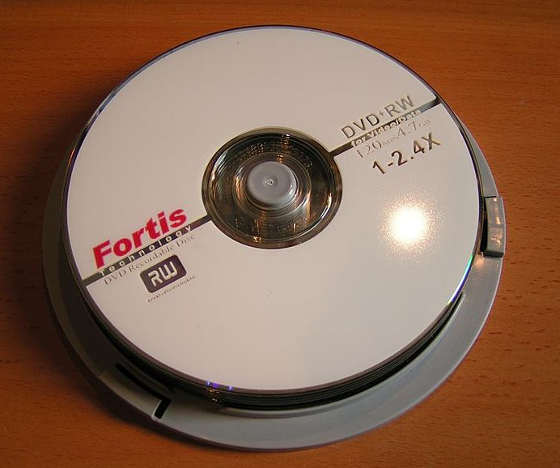 Sometimes archives of data are sent to a different geographical
location in safer DVD-RW media storage and there is no way several
hundred gigabytes can be sent online faster than the Sneakernet.

Carrier Pigeon Versus the Internet

Carrier pigeons have long been used to send everything from secret messages to nasty stuff (Central American drug cartels). For this day and age the idea might seem absurd but thanks to shrinking storage media, the speed and capacity of the pigeon internet to deliver data around is still quite amazing.  Pigeons were used as the fastest means of communication by individuals, governments, armies around the world, press agencies and even stockbrokers.  Since ancient history up to this day. 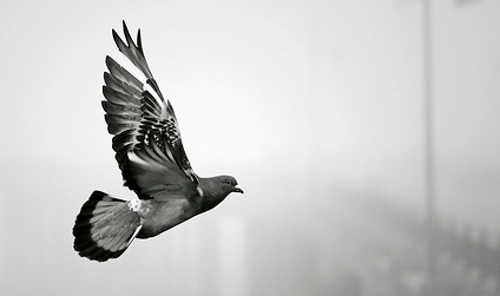 Creative Commons BY-SA 3.0
Messenger pigeons may be old school but you get your
Big Data package delivered anywhere in half a day at best,
from as far as 600 kilometers away.
A well trained contemporary carrier pigeon can fly (31 mph) over a distance of up to 600 kilometers away and carry  the weight of a 32 GB Micro SD card used in mobile devices and digital cameras.

Micro SD  storage media on Wikicommons CC BY-SA 3.0
These Micro SD storage media can store up to 32 GB of data
and are as small as a thumbnail, fitting right into any secure
pouch attached to a messenger pigeon.

When delivering to within 2 kilometers or 1.2 miles, pigeons are like the Flash.  Ten years in the future, a carrier pigeon may be able to deliver up to 2 terabytes of information, when storage media develops to an extent that the birds can deliver large data sizes faster than even fiber optic connections to areas up to 600 kilometers away.
The sneakernet is the preferred data delivery method of some businesses like Microsoft (in 2002) as well as Google (in 2007), who developed logistic courier services for sending data files up to 120 terabytes rather than clog lines sending the same data around.


Are Cloud Services Any Good?

Many web companies are now offering cloud services as a means for storing your data in an online repository where the entire organization can upload or download data for use. 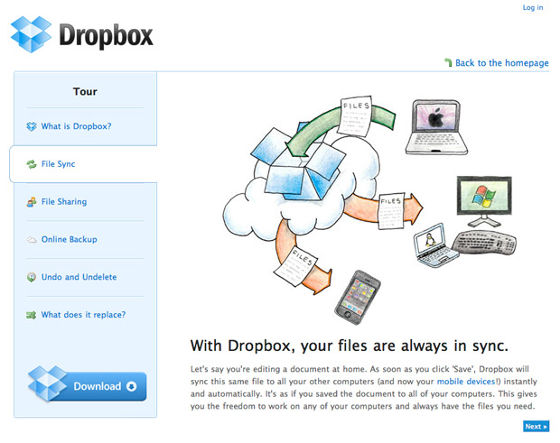 Dropbox has become one of the most popular and useful
filesharing cloud storage websites.  If you are sending very large
data files via e-mail, better use a cloud storage app such as
Dropbox to send your data.  But the Sneakernet still is faster for
several hundred gigabytes and higher.
Popular sites include Dropbox, Google Drive and Apple iCloud Drive.  App cloud sites are also providing web based worktools, Adobe Creative Cloud has moved from a retail business model for its graphic design and digital imaging apps to a cloud subscription model with DRM protection for its technology. 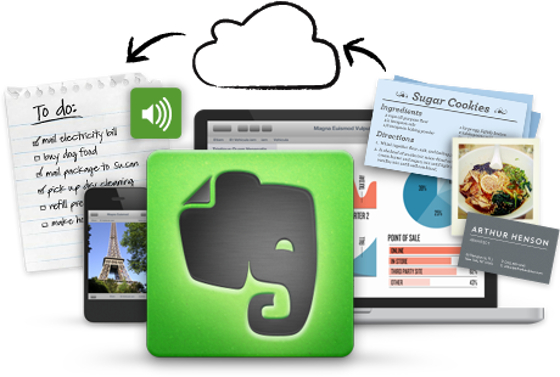 Evernote is a cloud based, mobile and desktop document
sharing and clipping app.

Evernote is a cloud based tool for clipping websites and sharing documents with workgroups.  For smaller files, cloud based tools work extremely well, especially for collaborative work with groups and individuals separated by distant geographical locations.  But for high density data of 500 GB and up, the sneakernet works better for moving data from one place to another..

To Keep Your Line Free for Other Work

You want your connection to be free and zippy for other tasks.  Bogging down the line with 500 gigabytes uploaded via the internet is not the best use of precious internet hours.  Privacy is another advantage here.  Data transfer for physical devices to another physical device like music player data is way faster than just using the web to do the same task.

Those bike messenger movies may just give you an idea how off-grid hand carry like the sneakernet may still be the safest and fastest way for sending your data to where it is needed.
tech buzz, retro data delivery, sneakernet, commute, data storage media, sending big data, micro sd cards and messenger pigeons, couirer pigeons, hand carry delviery, cross-town delivery of data, uploading and downloading, cloud storage and cloud apps