Google Earth: Under the Ocean, an Ancient History Revealed

Ruins of ancient civilization or

Google Earth and Google Maps was intended to be a real-time mapping service for geographical locations in urban areas of the world as well as the nearby terrain. But as powerful as earth’s satellites have become in showing surface detail in clear and vivid pictures, more than street maps and addresses are now visible using the Google Earth service. 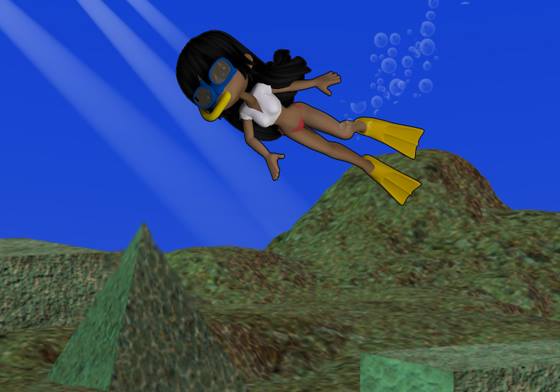 If you move the viewer of Google Earth over the bodies of water near certain islands particularly in the Caribbean and the European land masses, there are unusual underwater features that are clearly distinctive as seemingly more than just natural formations. Some archaeologist researchers have even pinpointed exact locations of submerged cities, pyramids and more.

There is even this very, very strange underwater feature that resemble mining tunnels of sorts that cross each other like roads leading to even bigger city-like lay-outs. Are these lay-outs, ruins of ancient civilizations that were submerged eons ago by some global cataclysm? Strangely, the features do not look natural at all. Nor even man-made, because of the massive scale that they appear on Google Earth. What kind of mystery connects these with all the other mysteries of disappearing civilizations all throughout the world. From the Egyptians, the Mayans, the fabled Atlanteans.