March 31, 2014 | By: Wolfwood Kreuz       Cutting Edge
Healing Harmonics:
The 528hz
If music can heal, and words can
modify genetic code...
This might be the direction that knowledge and science are going right now.  More than just zen or tao inspired aphorisms or homeopathic Wiccan tradition, there is scientific proof that music can heal and 80 per cent of our genetic code (supposedly useless, non-information bearing segments) is actually made up in the manner of a language syntax ( like say, runes ), such that words amplified by light resonance on genes can change and heal any ailment or dysfunction.
Here is more evidence that sound modulated can provide a soothing effect to our mind.  White noise might seem oddly comforting over an extremely quiet environment, but a specific droning pitch has been studied to be therapeutic and healing—the 528hz frequency—a resonance frequency that supposedly can heal and repair human cells, DNA and more.
Research in Russia led to the first scientific discoveries and applications for sound frequency therapy.  Scientists and physicists have found that exposing damaged DNA and cells to the 528Hz freq in labs, enables repairs and healing in DNA and cellular functions.

Glen Rein of the Quantum Biology Research Lab in New York has performed experiments with in-vitro DNA that was exposed to different recordings of musical styles.  He used two phase opposite sound sources from the same music to self-cancel the waves and create scalar audio waves. In the experiment a CD player, an amplifier and a spiral like self-canceling coil were used. Four styles of music were played to test tubes containing in-vitro DNA. The absorption of UV light of the DNA test tube samples was measured after an hour.  Gregorian chants had caused a 5 to 9.1 % increase in the absorption of UV light due to the unwinding of the DNA helix. Sanskrit chanting caused a similar 5.8% to 8.2% effect. Rock (0-1%) and classical music (0-1.1%) had little or no effect. Glen Rein finally concluded that the audible sound waves of the Solfeggio scale can cause resonance in DNA and can have healing effects.
How can we use 528hz in music?  A musician has proposed tuning the piano's middle C to 528hz and then all the equal tempo, half steps will be derived from this healing freq.  Or tune the A scale below middle C to 417 for the universal resonance frequnecy. Such experiments might open up new ways to look at and experience music. 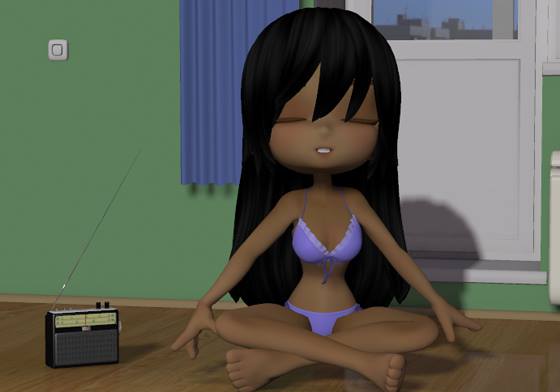 But what may be truly important is that healing harmonics of sound frequencies are generated when a person's temperament is geared towards enjoying them. Music should have more power and purpose than mere specific frequencies.  A psalm functions like a prayer for those who have faith in something higher and more powerful than circumstances and situations, a living God who blesses.  And not just a buzz setting for energy attraction and an oblivion of everywhere and everything.
The 528hz might work the way a clean, sea breeze near the beach can be pleasing and healthy.  Therapeutic healing using sound or music treatments have already been tested to be more than just psychological aids in getting people well.
Don't bet your life on every bio-chemical fix currently adopted by the Establishment.  A good song AND the 528hz playing anonymously in the background might take away your stress better than an aspirin.
cutting edge, healing harmonics, 528hz frequency, good music heals, sound can heal, white noise is good for your health