The GEOFRONT: Does AGARTHA Exist? Another Hollow Earth Theory.

May 10, 2015       Unravelling Mysteries
The Realm of Agartha
Is the GEOFRONT Real?
In the Bible, Jesus warns us from making and worshiping graven images of beings who dwell on the earth, in the  heavens above, and those who dwell underneath the earth...implying that strange things may be living INSIDE of the earth.

There used to be a very popular superstition and pseudo-science idea that all celestial objects such as planets or stars were hollow and had realms within. This idea was debunked by satellite mapping and flights over the poles showing us there is no portal or cavity at the poles, but even today, Photoshopped pics are often used as a come-on for all sorts of conspiracy theories about the supernatural and the otherwordly. 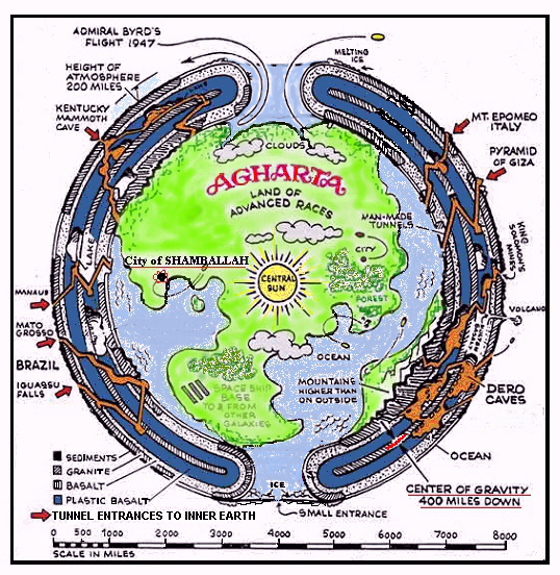 But if the scripture, and religious lore all over the world mention very specifically about life inside the earth, what gives?  Is the mythical city of "Aghartha" some unknown that we need to know about?

Buddhists, believe in the existence of a subterranean world with thriving city states, advanced technology, and enlightened rulers, the capital being a place called: Shamballa. 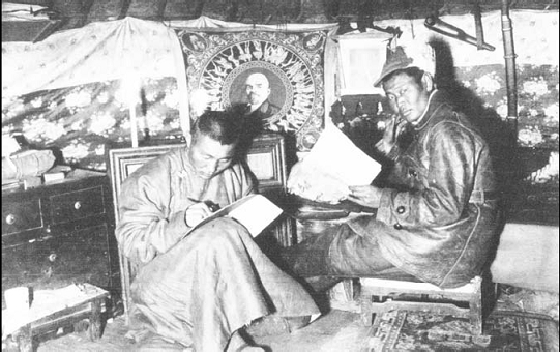 The Dalai Lama visiting somewhere in Mongolia with the ruling
Kommisar, circa 1928 from  an old newspaper clipping.
The ruler of this GEOFRONT world was believed to have given spiritual advice to the Dalai Lama of Tibet, who is regarded as his chosen prophet on the surface world. The entrance of the tunnel into Agartha from catacomb in Tibet was guarded by lamas who were sworn to secrecy. In other parts of the world like Egypt, similar tunnels connected the secret chambers at the base of the great pyramid at Giza, and Agartha.

The Bhagavad Gita, an Indian religious text that describes Rama as an "emissary from Agartha", who arrived on an airborne vehicle. The Raman empire purportedly belonging to the survivors of a disaster that claimed the Lemurian civilization in an ancient cataclysm.  Both the Buddhist and Hindu religious texts separately refer to Aghartha. 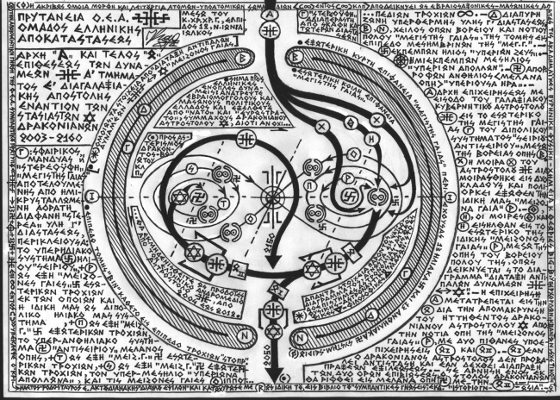 Another study into the possible mystical entrance into the Inner Earth
from the polar regions.

In his diary, corroborated by other witnesses, Byrd tells of covering 1700 miles of territory inside the Inner Earth, flying over strange terrain, a light source like the sun inside the earth, and unusual flora and fauna that included extinct animals like woolly mammoths and other strange beasts.  He claimed being received by flying vehicles. who escorted him and his companions for a welcome waiting the Inner Earth cities.  In January, 1956, Admiral Byrd led another expedition to the Antarctic and or the South Pole. In this expedition he and his crew penetrated for 2,300 miles into the center of Earth again. Admiral Byrd states that the North and South Pole are actually two of many openings to the center of Earth.

A supposed article about Admiral Byrd's discovery by National Geographic  magazine, complete with photos, was released but a crackdown by the U.S. Government confiscated almost every issue to avoid supernatural hysteria. Urban legend conspiracy worthy of the X-Files?

An interesting flight policy supposedly implemented by the United States today is that planes should avoid flying directly over the north and south poles. All civilian airline and military flights are directed to go around the Poles, and any civilian airline pilot flying in these areas will confirm this statute. 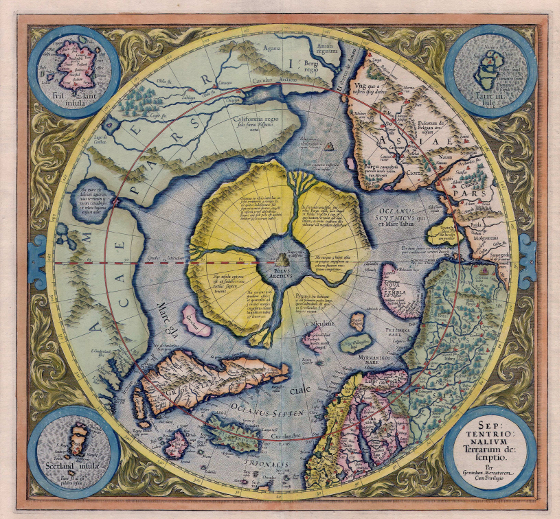 An old map, now available as public domain revealing the entrance
into Agartha via Antarctica when the continent wasn't glacier locked.
Legend of Lemuria

Lemuria, according to legend and old maps, was a society that lived above ground, but had a thriving subterranean kingdom. The primary capital city was a large island that sank beneath the waves of the Pacific some 25,000 years ago. A secondary capital city was located in inner Earth.

After a worldwide cataclysm which might have changed the orientation of the earth’s equator (possibly a comet hitting earth, supposedly in South America), the Lemurians supposedly saved most of the devastated peoples then returned to the surface to form the Rama Empire situated in Southern Asia.


Aghartha is a very interesting superstitious idea because of so many corroborating texts from world cultures so physically isolated from each other during the time the subterranean world was identified.  Would this idea still be a possible unknown that explorers should check out?

If you use Google Earth to check the North Pole, and pore over each geographical feature and actually find something, you’d probably confirm something the people of ancient civilizations always venerated and kept holy. 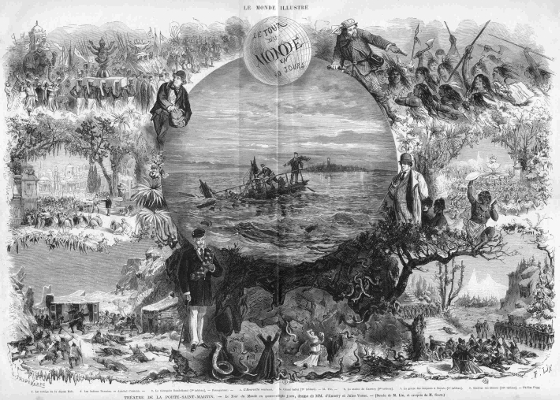 Author Jules Verne wrote plenty of adventure stories, one of
them, Journey to the Center  of the Earth was inspired by myths
about the legendary Inner Earth kingdom of Agartha.

In popular culture, movies like Voyage to the Center of the Earth and the cult anime, Neon Genesis Evangelion from Japan, explored the mysticism and lore of a GEOFRONT or what most would think of as a frontier world inside the earth. 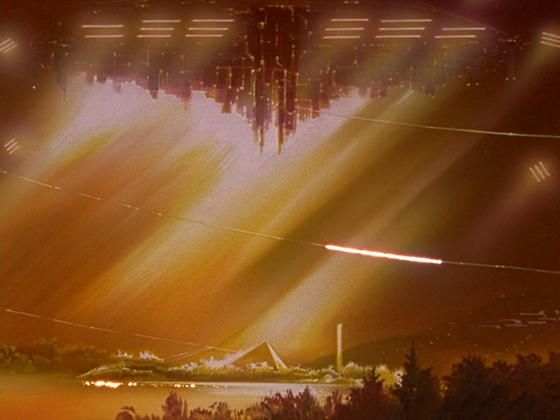