November 5, 2014       Curious Mind
The Dream of Free Power
Remembering Nikola Tesla
Largely ignored and upended by Thomas Alva Edison when electricity is taught in schools, Nikola Tesla has his own devoted fans because of his outre ideas about electricity and power.
Tesla is known as one of history's greatest inventors, legendary for his eccentric and wild ideas as much as his breakthrough discoveries in the field of electricity. July 10 is his birthday and this year marked the 158th anniversary of Tesla's birth. 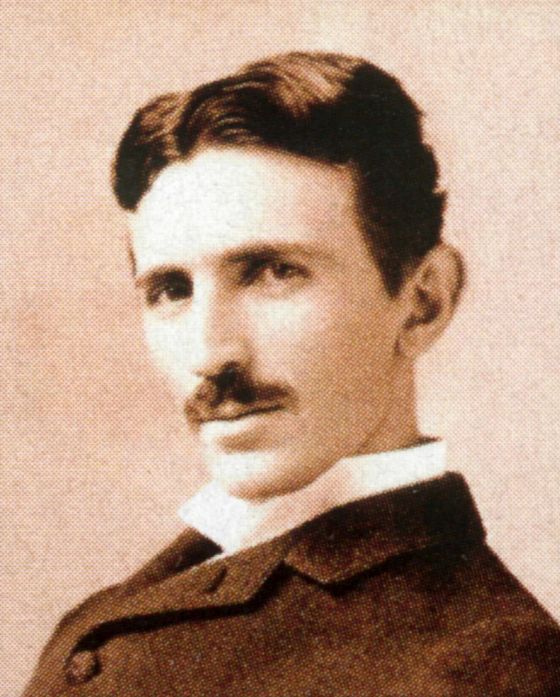 Tesla holds 112 lifetime U.S. patents, and his research paved the way for everyone to enjoy the modern alternating current (AC) system of electric power, or the Power Grid as we know it. The sad part about Tesla was he ended up broke after everything he did, and died unheralded on Jan. 7, 1943, at age 86. Because he was outspoken and had very strange ideas about inventions for science to grasp during his time.  He was regarded as a mad scientist of sorts as opposed to the studious and gentlemanly Edison.
Tesla had unusual experiments for developing a particle gun, or death ray, among some of his wilder notions. He is regarded as the true father of electricity by those who know better among the science community but his strange behavior is often what most people remember—like the fact that he rarely slept for longer than two hours. Later in his life, Tesla was a frequent visitor of New York City parks looking for injured pigeons and nursing them back to health. He allegedly had a photographic memory and could remember entire books. Tesla had a period were he only ate milk, honey, bread and vegetable juices, then when he was older, he became obsessed about avoiding germs and insisted on eating only boiled food. 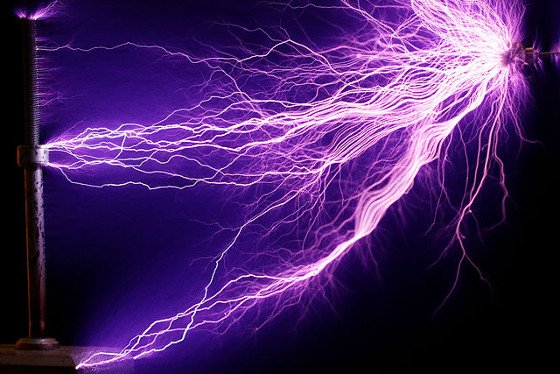 Electrcity sparks out of a Tesla coil device   image by Airarcs     CC-SA 3.0

Nikola Tesla dreamed of creating a way to supply power to the world without stringing wires across the globe. Putting on his "mad scientist" cap, he invented a magnetic coil that emitted electricity called the Tesla coil in 1891 before conventional iron-core transformers were used as grid devices for lighting systems and telephone circuits. Conventional transformer designs cannot withstand the high frequency and high voltage output that the looser coils in a Tesla configuration can tolerate. Which may be the reason why for a time most early transformers were doomed to overheat and eventually burn out. From just copper wire and glass bottles, an amateur electrician can set up a Tesla coil with a quarter of a million voltage output.
There are modern systems today that attempt to mimic the inherent properties of the Tesla coil, which are resonance and electromagnetism, to create wireless electricity. Because there are tolerances for electromagnetic radiation that are regulated by the FCC for keeping appliances safe to use and electrical equipment non-interfering with other important equipment, these new technologies can only emit low radiation electromagnetic fields that can be used as power chargers for mobile devices and as charging devices for even car batteries of hybrid vehicles with electric motors and batteries. 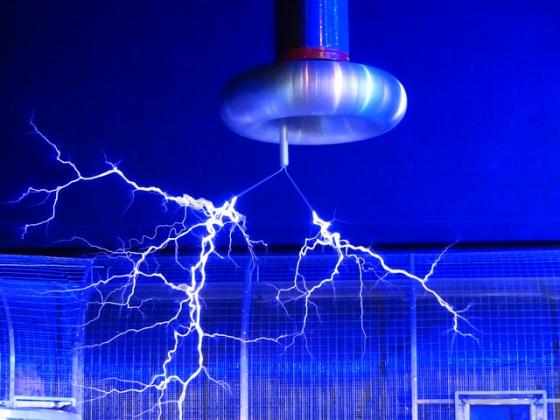 How the Tesla Coil Works

A Tesla coil consists of two parts: a primary coil and secondary coil, each with its own capacitor. (Capacitors store electrical energy just like batteries.)  Essentially, the Tesla coil is two open electric circuits connected to a spark gap. It needs a high-voltage power source.
When turned on, the coils charge up with electricity that leech and loop within the two coils and create a magnetic field that is a power source of its own: the high-frequency voltage emanating can illuminate fluorescent bulbs several feet away with no electrical wire connection.
In a perfectly designed Tesla coil, when the secondary coil reaches its maximum charge, the whole process should start over again and the device should become self-sustaining. But this does not happen in practice because heated air dissipates the current from the secondary coil so the device runs out of power eventually—and why the device needs an external power supply to keep it running. 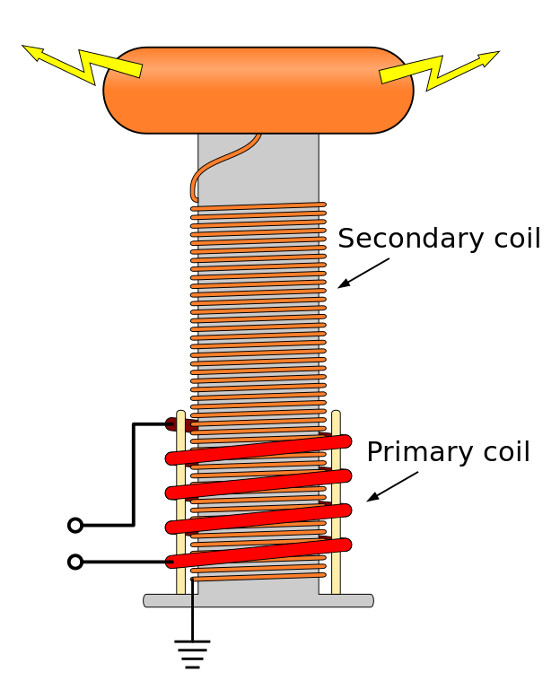 For the design to function in its ideal state, it must rely on a phenomenon called resonance. This happens when the primary coil shoots the current into the secondary coil at just the right time to maximize the energy transferred into the secondary coil. Think of it as timing when to push someone on a swing in order to make it go as high as possible. So that each time one coil shoots back at the other, it becomes a perpetual loop with no energy loss in theory.
Tesla’s invention completely revolutionized the way electricity was understood and used and the electromagnetic properties of the device helped us understand how to build Radios and televisions with variations of the Tesla coil device.
curious mind, nikola tesla, wireless electricity, tesla coil, magnetic fields, electromagnetism, the ac system