You might have player the first games of these follow-ups, whether the immortal Diablo 2, or the eye candy adventure game, Epic MIckey. or the Joe Madureira character-designed  Darksiders.  Now, take a look at the sequels to these classics, each of which promise more than 60 hours of fresh and exciting gameplay for you gaming junkies.  Enjoy! 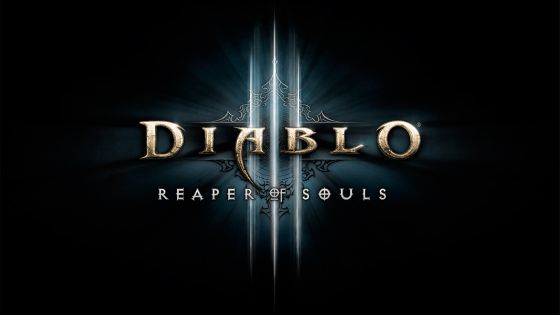 DIABLO 3  [ PC ] A Dungeon Crawl to Kill the Devil of Sanctuary
Diablo 3 is a legacy all its own, and fans won’t get disappointed.  Since the first Diablo RPG exploded on to the market more than 10 years ago, all other RPGs were hence christened as a ‘Diablo  Clone.’ Before the game was released, a hardcore group vehemently voiced concern over radical changes to the original design specs of the previous versions 1 and 2, like the awesome ‘light radius’ from the previous 2 games.

But despite the rassum frassum, the fans bought the game in droves and even as the expansion set is now out, Blizzard is sending feelers to fans if they would be interested in a 3rd expansion to the game, offering more maps, quests and maybe an additional character class. 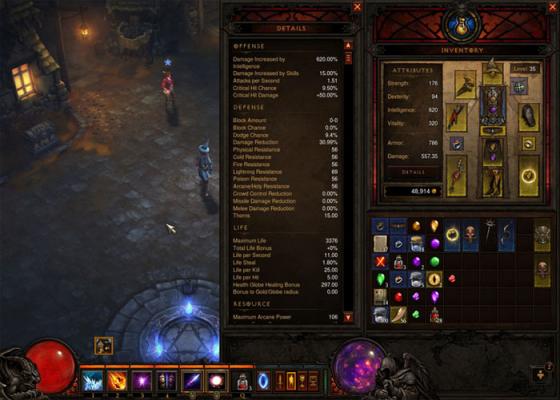 The Diablo franchise of Blizzard revolves around the world of Sanctuary where the apocalypse cometh and the player must choose one of 5 characters to level up in skill and health while exploring the world's maps and dungeons, completing various quests then fighting a 'BOSS at the end of each map chapter, before finally meeting with DIABLO or one of his demon brothers.  The game is configured for replay value with increasing difficulty after every Diablo kill and better loot rewards too, so that the player keeps coming back to the game.
Blizzard tweaked the game so that there are now 4 NEW character classes including a Witchdoctor, a Crusader, a Sorceress, a Demon Hunter, a new customizable skill system that encourages players to tinker around with their character and do full customization of armor, skills and equipment, and an unending trail of loot—all of which keep the game an endlessly replayable role playing game which is even more killer with co-op play. 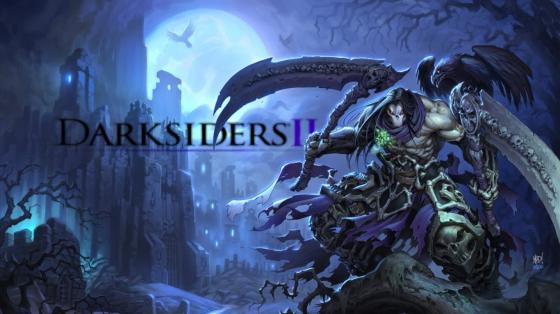 Darksiders 2   [ Wii, PS3, XBOX 360, PC ] After WAR, DEATH comesto Fight the Horde of the Apocalypse
The first Darksiders featured WAR, as one of the horsemen of the apocalypse, a massively addicting hack-and-slash game with almost anime style fighting combos like Devil may Cry. 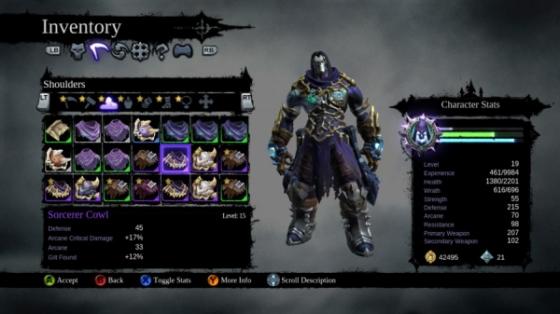 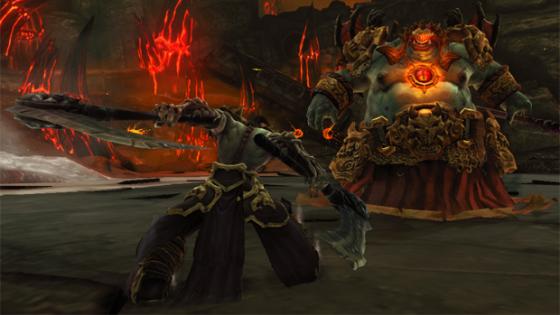 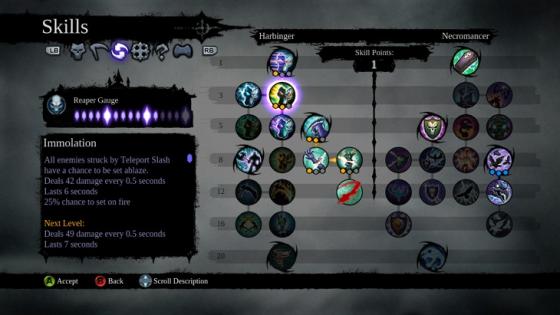 Darksiders 2 character skill tree, what kind of fighting style do you want?
This sequel to the game for which cartoonist Joe Madureira designed the hero and most of the creep sprites, now features the oldest horseman, DEATH, who is more agile than WAR and has an apocalyptic world to explore, strange and horrific puzzles to solve, and thousands of creep abominations to fight.  Players may chain DEATH’s supernatural powers to engage the enemy with spectacular killing moves.  The loot system is deep and everyone can look forward to getting cool stuff from locked treasure chests, chained attacks and from boss creep drops.  The game is just a visual stunner that you’ll be playing it over and over just to see DEATH chain some awesome killing combos. 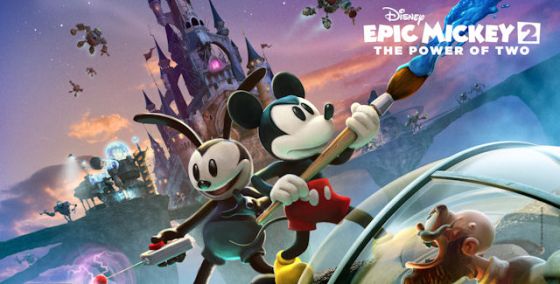 The first one was a so-so platform jumper that had the most incredible ‘noir Disney’ or almost steampunk apocalyptic setting using iconic Disney images.  As Mickey Mouse or Oswald, you fight the new nemesis, the Mad Doctor to save this desolated Disneyrealm.  Epic Mickey 2 returns all the good stuff from the first game but with more challenging gameplay that might be a turn off to casual gamers especially in the latter Spike-styled puzzle-solvers / platforms and boss fights. 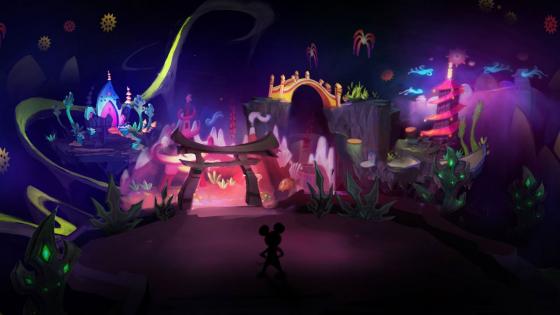 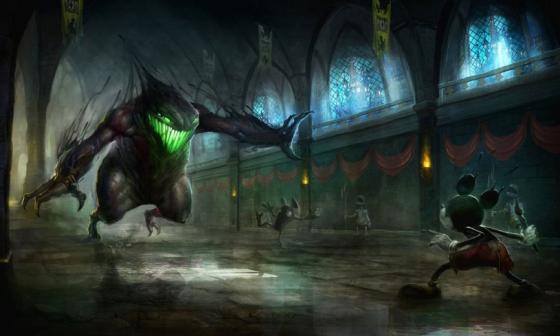 Mickey in a concept sketch fighting a Boss Level creep
You get both 2D and 3D platform levels both of which offer their own unique challenges.  Amazing art and animation in the game keep you glued if only for the stunning eye candy in and around  every area of Wasteland.  This one’s a cult classic and may keep Disney churning out darker themed games in the future.