December 30, 2016       Arts and Culture
The Detektiv Novel
In Russia, noir and crime mystery
who-dunnits are all the rage
Book lovers may love their Dostoevsky epics and Nabokov characters but did you know that Russia has a rich reading and writing tradition in crime fiction pulp?  Literature may seem too lofty for most as a hobby and as a profession, but reading and writing noir thrillers and adventures for kicks is still good.  Especially in Russia where hero detectives uncover political corruption, western imperialist spies, and other mystery tropes that make up crime stories.

Let us look at Russian authors of the Detektiv novel.  You would be surprised that some bestselling Russian authors have sold Detektiv novel series in the millions of dollars and have signed movie deals for their book series.
Russian Detektiv novels have both cookie-cutter heroes AND anti-heroes who encounter the unique travails of post-Soviet Russia as its common setting: corruption, sleaze, bribery, treacherous situations, murder and espionage.

The Russian detective often does not solve a case per se but comes out of the story as a more upright human being--which is why most western reviewers claim that Russian detective novels still do not achieve the same exhilirating plot executions as western crime novels.
REACH takes a look at some of the most popular Russian crime Detektiv genre authors right now:
Boris Akunin
Among Russian Detektiv genre authors, Boris Akunin, or Grigory Shalvovich Chkhartishvili. is the one novelist who has become successful in the west with a Russian period-crime series that work best as western noir novels.  An academic and a translator by trade, Grigory is heralded by Russian literature reviewers as someone who writes incredible prose but uses the hard-boiled plots of crime Detektiv novels as his method.  Bored with his day job in the university, Grigory started churning out Detektiv novels at the age of 40. 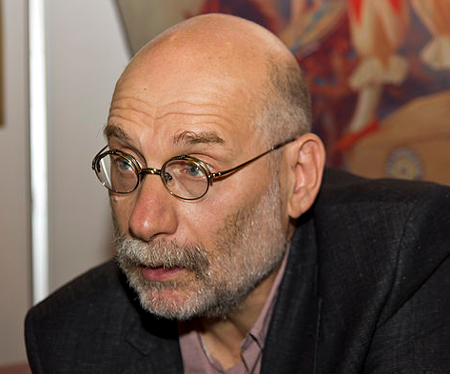 Lev Anninsky, a critic of popular Russian fiction in an interview described Akunin as "a very skillful writer."

"Akunin gives a panorama of all Russian styles, like a true literary scholar, which he is....Here is Leskov, and here is Tolstoy, and here is Turgenev. Akunin's prose is like a dead tree sprinkled with resin -- it smells of wood but doesn't produce shoots."

His Detektiv series revolves around Tsarist-era sleuth, Erast Fandorin.  Published first in n 1998, with The Adventures of Erast Fandorin, The Winter Queen, Fandorin crime mysteries have reached 13 novels so far with the latest yarn The Black City published in November 2012.  Two Fandorin novels, Turkish Gambit and The State Counsellor, were made into big-budget movies, which broke Russian box office records in 2005.

Boris Akunin's Erast Fandorin, crime detektiv series has been translated in 35 languages, and has sold over 25 million copies worldwide and is published by Phoenix, an arm of the Orion Publishing Group. 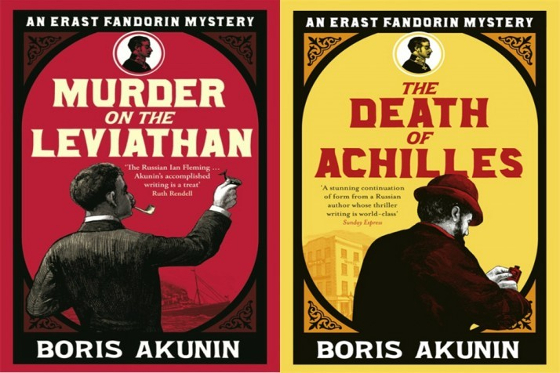 Marinina Alexandra is the pen-name of Marina Anatolevna Alekseeva, a retired lieutenant colonel of the Russian Police, who became a lawyer after she left the service.  Alexandra has been writing Detektiv novels since 1995.  An inspired career move for those of us stuck in drudgery jobs and want to try our hand at storytelling as a more rewarding career.  If writing can be a great career move in any place in the world, it should be something we who can, should take a shot at.  And move on from just pulp romance Wattpad YA stories to pulp adventure and other genres. 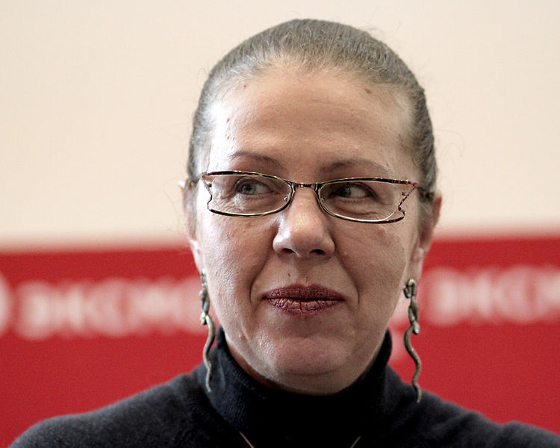 Marina Anatolevna Alekseeva aka
Alexandra Marinina
From 1996 to 2004 Marinina published more than 25 novels: mostly "Police Detektiv" series with the leading heroine--Nastya Kamenskaya, a police investigator.  Currently she has had 16 novels from the Kamenskaya, police heroine sleuth become parts of a television series. 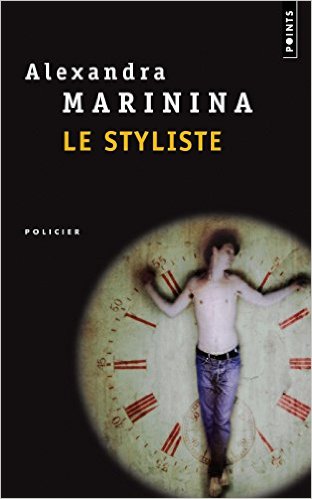 Even if she writes in other fiction genres, Alexandra Marinina is considered the queen of the Russian modern detektiv mystery and her novels have been translated into 23 languages and published in 24 countries.  |

Her success should serve as an inspiration to writers out there to try their hand at getting published or publishing their work themselves.  It is an exciting time to be a writer these days and all over the world, good storytellers are making names for themselves creating work that people want to read.

Andrei Kivinov wrote his first novel for fun and shared it with his friends:  A Nightmare on Strikes Street (Koshmar na Ulitse Stachek).

His circle of friends inspired him to have the story published in 1994, and it was an instant bestseller that got reprinted twenty times.  From 1994, Kivinov never looked back and enjoyed a very successful writing career in his own country with one novel every year doing Detektiv stories. 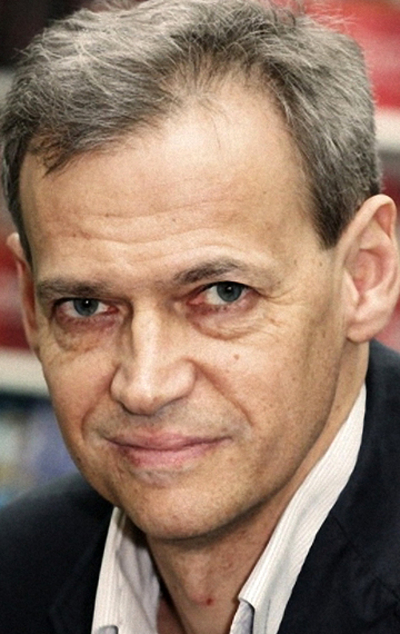 Kivinov also has crime thriller novels: Pseudonym for the Hero (Psevdonim dla Geroia), Black Gelding (Chernii Merin) and It's Hard to be Macho (Trudno bit Macho).  For all his work, Kivinov has over 20 million copies of his books in print today.

Darya Dontsova, is a popular Russian author in her own genre: “The Ironic Detektiv.”  Her novels have sold 50 million copies in different languages.  From 1999 to 2004, Darya published 50 novels including An Amateur of Private Investigations, Investigation is conducted by a Layman, In the world of criminal passions, The Gentleman of Investigation.  She was nominated as The Writer of the Year in 2001, 2002 and 2003 in her own country's literary awards. 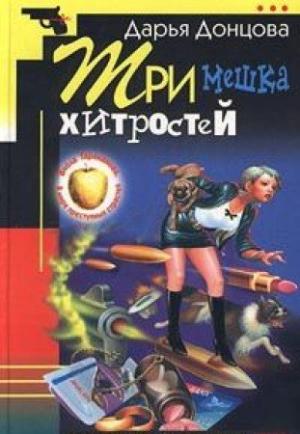 The most impressive among Russian writers besides the prolific success among female novelists is that they are either from the Russian military or police or from the academe, and they venture into writingas a career and become the best and popular writing a genre that is generally looked at in the west as pulp. 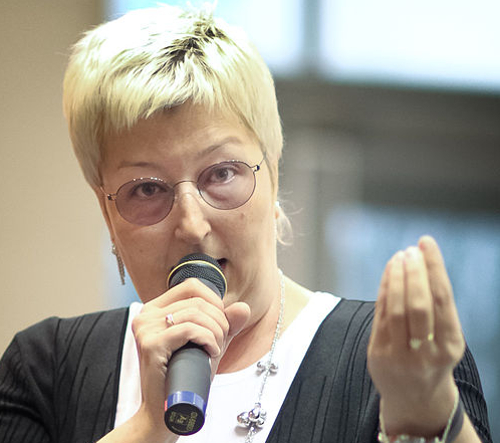 Tatyana Ustinova
Tatyana Ustinova comes from Moscow Physicotechnical Institute, Faculty of Aeromechanics and flying Techniques, and she writes period detective novels or called classical detektiv. She is among the three most popular Russian female writers whose work always rank high on the bestseller lists.  From the covers of her books, you can see that the Czarist era in Russia is a popular setting for most crime detetktiv novels and Ustinova does most of her heroes and heroines in this time period. 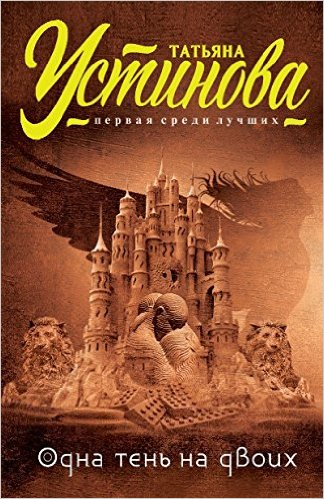 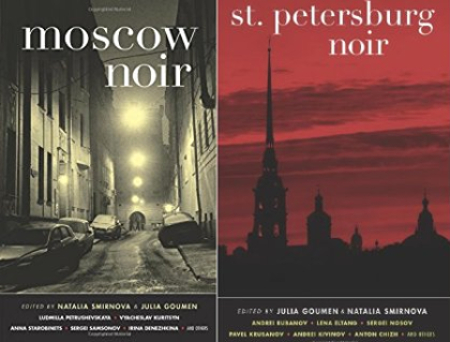 It might be difficult to grab a hold of a Russian detektiv fiction hardcopy that is translated well in English but if you do find one it will be worth it.  The noir anthologies are published by Akashic Noir Books and edited by Natalia Smirnova and Julia Goumen.

Getting to learn the language itself may be worth it because of the volume of great writing that may hold more nuanced meanings and a better reading experience if you read a Russian genre novel in its original language.  If you are a fan of thrillers, crime stories and detective novels or spy novels, the Russian authors listed may be a great place to start reading.

One caveat though, most of the promoted Russian authors on western media review sites often offer a bleak view of Soviet Russia or current Russian authorities as a particular oppressive stereotype.  While the popular Russian authors in their own country offer an edifying view of what it is to endure trials and come out a better human being as their own rendering of the Russian psyche in their protagonists' stories.
arts and culture, detektiv novels, crime mystery, popular reading in russia, russian literature, cultural exchanges, tatyana ustinova, aleksandra marinina, andrei kivinov