Home  »  Unravelling Mysteries  »  Lost Technology: The Flying Carpet May Be FOR REAL!

Lost Technology: The Flying Carpet May Be FOR REAL! 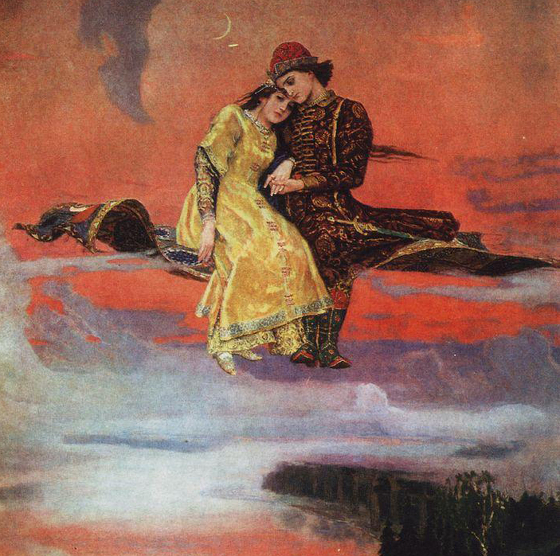 Children are often taught that Myths are hand-me-down tales by ancient tribal storytellers as a means of keeping their cultural heritage when events of the times could not be documented in a manner that would last for generations other than an oral tradition or via stone carvings.

The story of the Flying Carpet is widely regarded by most historians, religious clergy, and scientists as a fictional myth.  Factual evidence showing that it may actually have existed as recently as the 1300s may have been discovered by a French explorer, Henri Baq, in Iran.  Baq supposedly discovered ancient scrolls of well-preserved manuscripts in old ruins at Alamut, near the Caspian Sea. A Jewish scholar named Isaac Ben Sherira documented the existence of the flying carpet as a device infused with orgone magnetic properties from a secret dye infused with a rare earth clay which enabled it to fly by following the earth's magnetic leylines and maneuvered by the wind.

The Great Library of Alexandria

Ben Sherira writes that the great library of Alexandria, founded by Ptolemy I, kept a large stock of flying carpets for its readers. The carpets were handed out, traded for the visitor's slippers, and used to glide back and forth, up and down, among the shelves of papyrus manuscripts. The library was housed in a ziggurat that contained forty thousand scrolls of such antiquity that they had been transcribed by three hundred generations of scribes. The ceiling of this building was so high that readers often preferred to read while hovering in the air. The manuscripts were so numerous that it was said that not even a thousand men reading them day and night for fifty years could read them all. 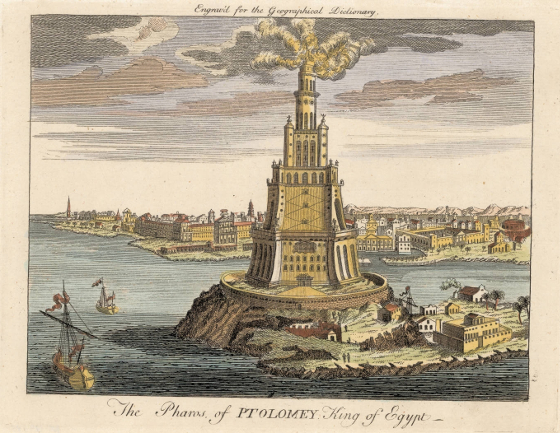 Although the library had been damaged in the civil war under the Roman emperor Aurelian, its final destruction is attributed to a Muslim general. He burnt all the papyrus scrolls of the library as a caprice: To heat the six hundred baths of Alexandria.  All the carpets, which were abhorred by the Bedouin Arabs, were thrown into the sea.

At the inauguration of the queen in 977 BC, her alchemist-royal demonstrated small brown rugs that could hover a few feet above the ground. Many years later she sent a tributary gift to King Solomon so he would not invade her kingdom:  a magnificent flying carpet to King Solomon. It was embroidered with gold and silver and studded with precious stones, and its length and breadth were such that all the king's army could stand upon it. 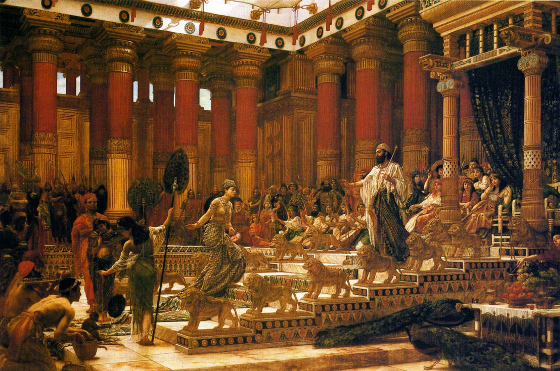 The Queen of Sheba, Bilquis offered King Solomon a gift, a flying
carpet, as a peace offering so he would not wage war
against her kingdom.

The flying carpet was spun on a loom like an ordinary carpet.  To make it fly, the ancient artisans had a dyeing process where their wool would be infused with a special clay, 'procured from mountain springs and untouched by human hand.'  The clay was superheated at 'temperatures that exceeded those of the seventh ring of hell' in a cauldron of boiling Grecian oil, and then acquired anti-magnetic properties.  The Earth itself at the time was conceived to be an Orgone magnet, with trillions of magnetic lines crossing it from the North to the South Pole.

The scientists prepared this clay and dyed the wool in it before weaving it on a loom. So, when the carpet was finally ready, it floated above the Earth like a superconductor and, depending on the concentration of clay used, hovered a few feet or several hundred feet above the ground. Like a railsystem of maglev bullet trains, the orgone-magnetic leylines of the earth acted like aerial rails to propel and direct the carpet but the rider would tack his carpet into the wind like a surfboard to follow a leyline and be manuevered along the aerial currents.

Why the Carpet Was Lost

Flying carpets were discouraged in the Islamic lands because an overzealous clergy thought that flying was a sacrilege, and that man was never intended to fly.

For the powers that be in Persia, the horse and the camel were the more profitable means of transport.
Certain Arab families, with influence among the Caliphs, had become rich because of their vast stud farms, where they bred hundreds of thousands of horses each year for the army, merchants and the ruling families.  The trade for camels as steeds and transport animals also thrived well for those who could not afford Arabian horses. 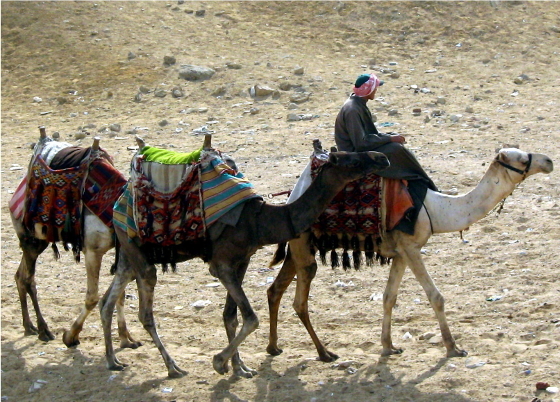 The profitable trade in camels and Arabian horses was at stake so
flying carpet artisans were forced out of their trade.
A Craft All Its Own

The small community of artisans, who had lived near the Tigris for several centuries, packed their possessions and  settled in the shining city of Bukhara, where the emir, who did not take orders from Baghdad, gave them refuge.  They began a small but thriving industry for flying carpets in the locale. 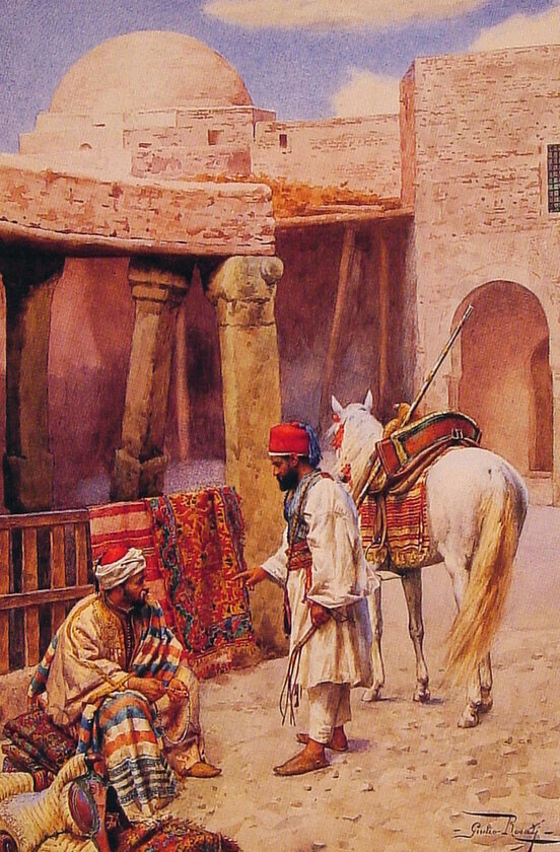 Ben Sherira describes the genealogy of the artisans in great detail. Some of these families later migrated to Afghanistan and established themselves in the Kingdom of Ghor. The most renowned family of carpet weavers, the Halevis, settled in the town of Merv, where they began to introduce patterns into their carpets. The mandala in the centre was a trademark of the master, Jacob Yahud Halevi, the same Jacob who appears in history as the teacher of Avicenna.

Merchants making a journey also preferred the advantages of the flying carpet over a camel caravan. The flying carpet was not only a much speedier form of transport than the camel but also a safer one since bandits would not waylay a flying trade caravan.  The trade began to prosper again.

From 1206 onwards, Genghis Khan plundered most of the civilizations in Central Asia.  Roaming warriors in steppes ponies would outsmart and out-manuever warrior armies from other kingdoms and rout them. The Mongols were ruthless murderers, and they would bribe enemy allies, kill the weakened defenders of a kingdom, then catch up with those they bribed and kill them too to recover the bribe.  The Mongols killed, raped and robbed treasure everywhere in Central Asia, as the superior fighting mobile warrior of their generation, murdering close to 40 million people in Central Asia by historical estimates.

Among their loot, the Mongols found flying carpets. When a prisoner told them that these were more agile than the steppes pony and could fly everywhere, the great Khan beheaded him, then ordered all flying carpets in his vast empire confiscated and burned.  And all artisans making flying carpets killed as well. 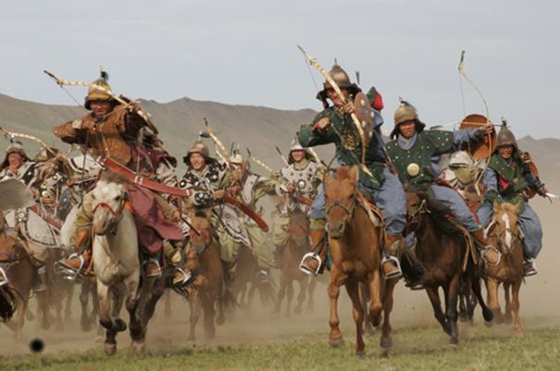 The Mongols prized their small steppes ponies over other steeds
that they were affronted by the thought of men flying in carpets,
so the great Khan had them all burned according to an account
documenting the demise of flying carpets in Asia.

King Solomon Flew His Army on a Carpet

According to a tale told by Sheherazade, Solomon was also given a flying carpet when God appointed him king over every created thing. The carpet was made of green silk interwoven with pure gold, embroidered with figures. It was 60 miles long & sixty miles wide & could transport Solomon himself, his throne, 2 lions, four princes, & 2 two of his armies. When Solomon sat on the carpet, he was transported by the wind so quickly he "breakfasted at Damascus and supped in Media." The journey was so smooth the cooking pots of the cooks did not spill a drop of food. The Quran unapologetically states that Allah gave Solomon command over the winds by which he was able to travel a two-month journey in less than a day. 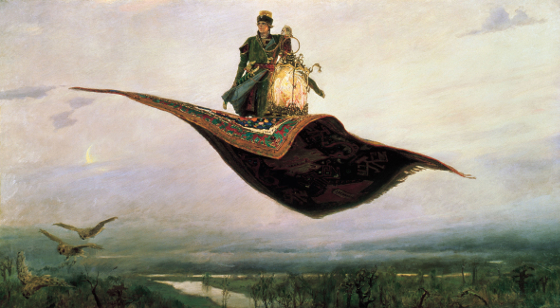 We might look at the Flying Carpet as one of lost technologies of ancient civilizations that was relegated to the status of myth and lore.  Now that evidence is available proving that hand me down tales are actually REAL historical accounts passed on through generations, it is possible that the flying carpet may have actually existed.
unravelling mysteries, lost technology, flying carpet, mongols destroy all carpets, artisan craft in persia, solomon\'s gift from sheba, clay died into wool, electromagnetic leylines of earth, superconductive clay