October 14, 2016       Green-Minded
Fleet Farming
Orlando volunteers grow food farms
in lawns of participating homes
for community food and income
Community food farm movements in the West are becoming a trending localized phenomenon that may change how Americans and even Europeans live in urban areas in the future.
Some of them are just hype: some local getting into trouble with city officials for planting vegetables in his front yard and getting a city citation and news crews playing up the brouhaha as some green revolutionary in Los Angeles.  Then he starts selling T-shirts and plays up a brand website as his advocacy.

Others are the real thing:  People offering a very viable, volunteer service that provides both participants a pay-off:  food for both community and your table.  Like the people behind the unassuming but very impressive Fleet Farming website and advocacy in Orlando. 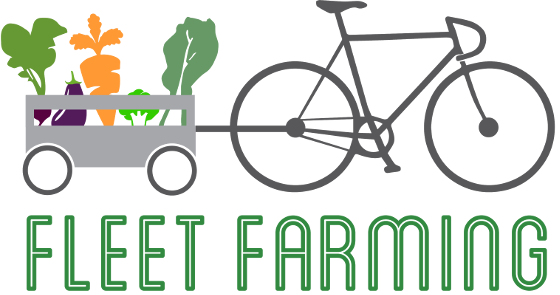 Fleet Farming is an Orlando-based social enterprise built around local farmer-volunteers who offer to plant sizable food plots and food farms on the garden lawns of participating Orlando homes as a service that benefits both the home and the local area.  Fleet Farming sells its fresh organic harvest to the local community for cheap.  And to local restaurants and hotels for less than internationally sourced high quality produce shipped into the country.

Growing food in an American home's garden lawn ( or any other private home in any country with a backyard or frontyard ) has never been an opportunity like it is today.  Growing food locally is opening the doors for a sharing economy to be built up in your community.

Community food gardens allow suburban families to keep food in the larder and allows locals to regain their own lives and not be a slave to any industrial-food supply grid.

Going back to America's pilgrim roots where a community shared work on a plantation or farm but transplanted into modern suburban areas and even made possible with urban public spaces in a city is making waves among green minded citizens.  When an economic crunch hits, these people will be more able to weather job lay-offs or hyper-inflation by keeping with what they have to endure the crisis. 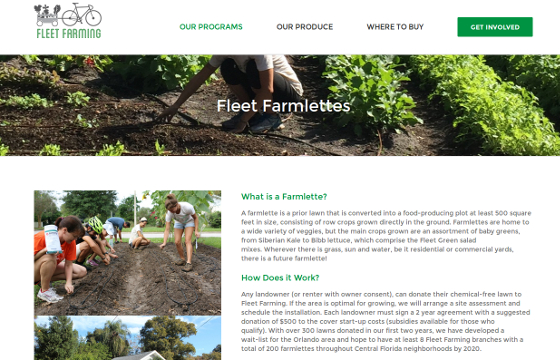 The idea is revolutionary because it allows a community to become self-sufficient as a food growing locale and enables businesses in the area to source all of its produce and even livestock meat product needs from a local social enterprise like the Fleet Farming organization instead of people getting food from the national food grid supply chain.

Decentralizing food production may not be an end all but every little bit of help from groups like Fleet Farming allows people to be at ease knowing they can pick food growing right in their backyard when they run out.

It is even a business model that can be replicated by other social enterprises in other countries.  Or you can hook up with Fleet Farming and get official recognition as a world renowned brand for community development.

Unlike British counterparts, townies in rural England, who plant food farms on vacant lots in the community with permission from the local town authorities, Fleet Farming does put its services together with a one-time installation fee that ranges from $300 to $350 to install food growing plots on your home backyard or front lawn.  Then they charge a low $35 a month to keep its volunteers paid and sustain all the logistical work needed to maintain and harvest produce from all the microplot farms in participating neighborhoods. 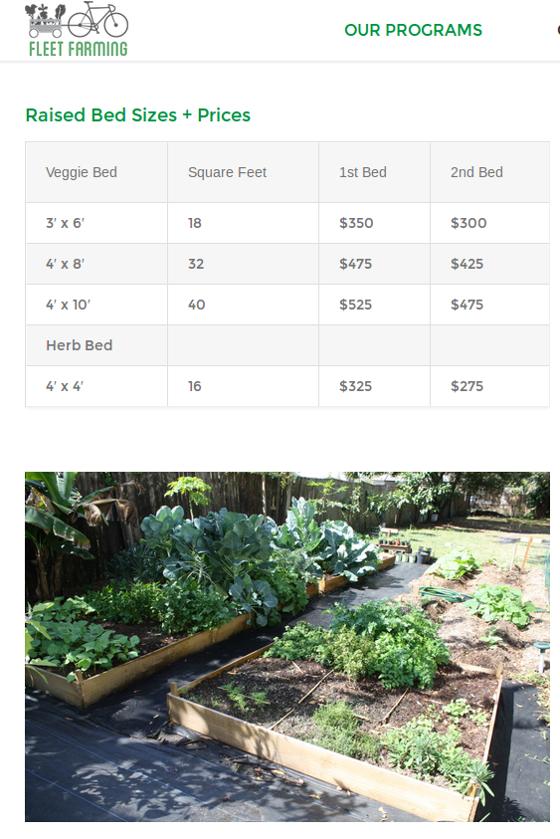 Fleet Farming even has fruit recycling program where gleaning from harvests is a highly encouraged activity so food is not wasted and all food that is harvested reaches a table for some hungry dude.  The social enterprise that is Fleet Farming allows all available resources that include lawns and vacant urban and suburban lots to be used to provide food resources and nothing is wasted.  The homeless and hungry are guaranteed food on the table in communities that run food growing activities like Fleet Farming. 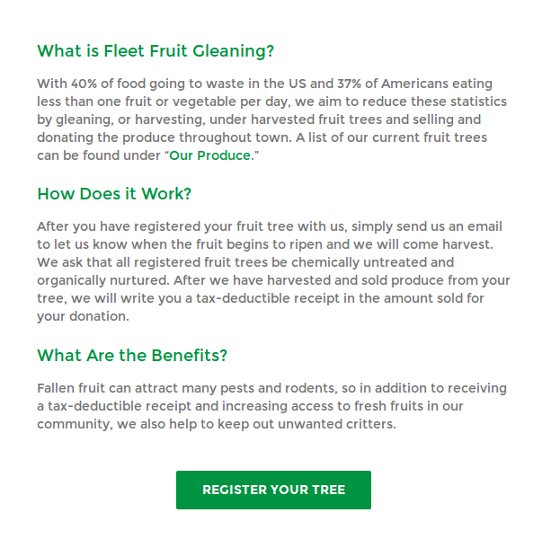 No one has to believe PR, media-planted, false alarms about an impending food crisis that can only be solved or alleviated by allowing biotech or more precisely GMO industrial-chemical food production to be the de-facto standard for any country's food supply grid solutions.

In fact, the irony of it all is that Russia, after shifting all of its investments into organic food production and organic agriculture and livestock production since the last oil shock, is now reaping bumper harvests and earning the Communist country more than it does from selling high-tech, military equipment.

Russia is now among the world leaders for supplying the world with organically grown grain and produce in Eastern Europe and the west.  GMO industrial agriculture is banned with extreme prejudice in Russia.

Movements like Fleet Farming in the U.S. and several more craft farms which make their own craft organic brands for local markets are likely to be the future for the U.S. and most of the world to survive any imagined food crisis.  GMO lobbyists  and conglomerates are slowly eroding their influence on the world's agriculture production because grassroots groups like Fleet Farming are now becoming the preferred choice of even local businesses, hotels and restaurants in sourcing their produce and food ingredients.
green minded, fleet farming, diy, grow your own food, organic farming, sourcing locally, transition towns