Wanna live the homestead life in the middle

of nowhere? Check out our own backyard!

Getting off the grid in our country is a lifestyle decision for most, but for some who have foresight it might be a lifesaver. It would seem that the spate of recent disasters serve as fair warning that something is amiss and safety in a more resilient and isolated place where one can sustain one's self with a small but well-prepared community must be a serious option.  Or else...you've seen all of the disaster movies and apocalyptic TV series, so you know the drill.

The last super typhoon, Yolanda, changed the southern coastal communities into an area of lawlessness, looting and ravaging, physical devastation. If a global event hits or a national disaster creates havoc on a scale where resiliency being in your own safehaven, far away from a shattered mob, will mean survival until the end just means that going off-grid is not some hipster throwback lifestyle but a more intelligent choice for those who can manage it. 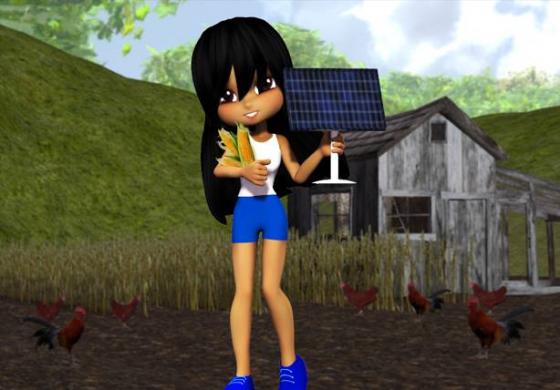 Going off-grid will require totally different resources than just keeping a farm and a small community of like minded people.

Observers who have seen nations go through war say that once things as they are collapse, you won't see them again ever. Southern Leyte was never restored the way it was after the storm surge disaster.

If you can't get your needs within your community, chances are you won't be getting it. Self-sustaining off-grid communities might have a better chance than some gird-dependent mega-city that will run out of everything in 48 hours. Learning how to grow your own food through backyard farming and a small livestock brood will be essential.

Here are the places you should check out if you wanted to go off the grid:

Tanay Rizal: A mountainous rural municipality that offers great farming and livestock areas. Holding out here in your off the grid, survival / holiday safehouse; in a small supportive self-sustaining community is the best deal.

Bantayan Island Cebu: An island off Cebu that has a local livestock and poultry industry feeding metro Cebu and the nearby provinces. It has the best white sand beaches anywhere in the Philipppines and no one knows it better than the expats who haul themselves here and settle down, away from ridiculous places like Boracay. Fishing is also available and since the island will be hard to access once services bog down everywhere else, you can rest easy that a safehold here will be the best off the grid choice. A holiday forever.

Batanes Islands: Probably the best, off the grid choice in the Philippines. At the most desperate, if cut off from supplies from Luzon, you will live off kamote and whatever livestock or poultry you can manage. Batanes is a beautiful place with plenty of space for off the grid safeholds. Storms assure that it will be the last place anybody will choose for escape.

Palawan is not exactly that kind of crowded urban center, at least not yet, and almost everyone living there has a backyard plot to sustain themselves in case the island is cut off from the rest of the country by some extreme disaster.

Communities are small enough to be the self sustaining, farm community types rather than the already crowded semi-urban towns near and around Cebu and Manila. The island has several smaller coves and islets to that allow sanctuary.  There is always fishing, and if the U.S. Naval waystation is finally built down south of the island, you have some protection as well as an escape route.  Stock up on plenty of malaria meds because the place is a frontier land and the bane of any tropical frontier will always be mosquito-born ailments.

Olongapo City Subic: If any urban area has a chance of surviving any chaos in the future, it will have to be Subic, not the city but the mountain range communities. You aren't really off the grid in the boondocks of Olongapo but if you can put together an off the grid, sustainable safehold here, chances are you have the best access to everything: if services are ever restored and isolated within modern Subic you aren't at a complete loss unlike if the grid went down and a city as large as Metro Manila falls to lawlessness. Fishing is an option and you can escape via the harbor if things get impossible. If your off the grid safehold turns out to be living on the sea on a houseboat or such then Subic is your choice. The nearby forest will also provide a good source for foraging and fuel so your community must protect it.

What you need off the grid:

Be prepared and keep your wits. Plan to build a self-sufficient home, wind and solar powered. Water well, and cistern. Propane tank with back up generator and live on retirement. Home will be built on stilts, and wind proof to 150 mph winds. Keep a stock of seed for your backyard farm or garden. You will have to have land that will produce your food and your animals food. Raise rabbits instead of chickens they’re quieter. Wood will be the only long term fuel source, bicycles might be your only means of going about after fuel dries up. There might not be regular electricity for refrigeration. Whenever you harvest produce, keep seed and store it in as much quantity as you can for future use. If you do not have seed you will spend a lot of money for a bag of seed that is mostly worthless. If there is off the grid power in your home keep an insulated freezer, combined with sailboat for fishing. You need a jeep or hauling vehicle for a raid on the city for tools and gasoline, but will mostly live off the land. A home near the sea may not be as smart as it looks but a station near the sea is ideal. You will need good fertilizer whether it be from virgin land. Keep a life-sustaining low profile. Scratching a living out of the rocks and dodging bullets from the hunt and gather mobs.

The lowdown on off the grid survival in case of a local or national emergency:

Week 1: Food and hardware stores are looted. No shipments are received.

Week 2: Crime escalates as those unprepared for disaster look for food.

Week 4: Search parties go house to house for food caches. Citizens must turn in food and fuel to pool for the common good. Punishment for hoarding will be what you imagine it to be: a worst case scenario. Hunt and gather means raiders go to a person's house who has food and strip him of whatever they want that was his and then they return to wherever their lair is while avoidng getting ambushed by another raider.

Disaster strikes when we least expect it. There is often fair warning of impending doom and recent events and even movies have shown us how things are when the situation is desperate.

If you can get off the grid and live comfortably and keep safe, you don't have to worry about the grid collapsing and deal with the collapse of people as human beings too.

on higher ground, 5 best places off the grid, off the gird, survivalist, homestead areas