Wondering if we'll be outgunned by any foreign intrusion if the conflict in the Spratley's islands territorial dispute escalates?  No worries.  As recently as June 2014, the Philippine Armed Forces' made a deal with Israel's Elbit Systems to deliver 28 upgraded and modern M113A2-B Armored Personnel Carriers for an estimated $20 Million Contract.  This comes in addition to the 114 M113A2 troop carriers from the U.S. also to be delivered this year.  The Israeli package packs more punch with advanced weps plus outfitting other M113A2s with the turrets from the Philippine Army's retired Scorpion Tanks. 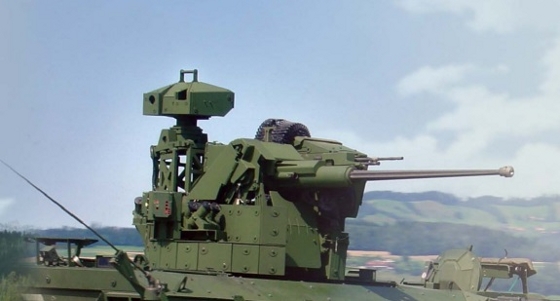 From the Elbit Systems' website:  This is a sample of what Elbit
remote-controlled, weapon system turrets look like, although
the featured one for the Philippine Army's M113A2 will have
a lower standing profile than this.

The modernized 28 M113A2-B troop carriers will include 25 mm unmanned turrets, 12.7 mm remote controlled weapon stations (RCWS) and fire control systems (FCS) for 90 mm turrets. The troop carriers will be supplied over a one-year period.  The modular weapon delivery remote controlled turret offers more protection for troop gunners as well as provide more accurate targetting with FLIR for battlefield conditions where visual sighting is impaired.  Fourteen of the 28 will be outfitted as fire support vehicles, while 10 will be getting the RCWS as IFV capable APCS, while the remaining 4 will be upgraded as armored recovery vehicles.

In their press statement on their website, Udi Vered, General Manager of Elbit Systems' Land said:

"We are very pleased to be awarded our first contract for the Philippines Armed Forces, which we hope will be followed by others. Our extensive portfolio and our vast experience enable us to offer our customers advanced solutions, answering the specific requirements of various combat vehicles, and this award further positions us as world leaders in the field of ground vehicle upgrades".

The U.S. has already committed 114 M113A2 armored personnel carriers.  These APCs can be augmented with add-on steel plates for improved ballistic protection. Also, the M113A2 can be outfitted with both reactive armor and slatted armor for improved protection against RPGs.  Its tracks can be rigged with band tracks made of rubber to enable less noise and less damage to paved roads and better maneuverability on uneven terrain.  As is, the troop carrier has light armor but this is still good enough to withstand normal bullet hits.

The M113A2 APC
The M113A2 used to be the workhorse APC of the U.S. Army. The U.S. eventually upgraded their armored troop carrier fleet with the M2 Bradley Armored Infantry Fighting Vehicle starting in the late 1980s and changed the way their ground infantry fought--riding a weaponized vehicle into the front and fighting inside it as opposed to dismounting troops from an APC to engage the enemy. 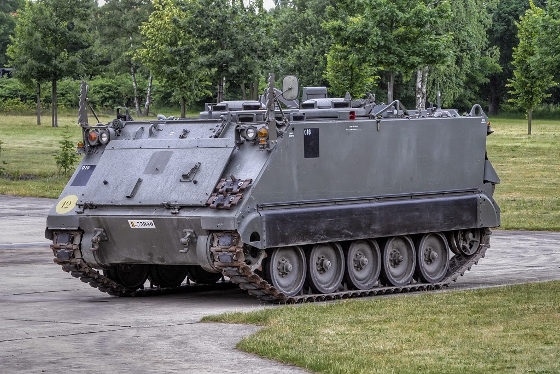 This is the stock version of a M113A2  armored personnel carrier.
Elbit Systems will be refurbishing Belgian vehicles with new remote
controlled gunner turrets as well as new hydraulics and engine systems.

The M113A1-B Belgian APCs to be sold to the Philippines were used by the Belgian defense forces for military parades and urban patrol but were never used in actual field combat anywhere.  These were built by BAE systems and are to be upgraded by Elbit Systems of Israel.  The Pinoy APCs are newer than the US-sourced 114 M113A2 vehicles, and the Belgian M113A1-B have better mileage use with only 1000 miles logged on them.  The Israeli upgraded IFVs will arrive by May of 2015. 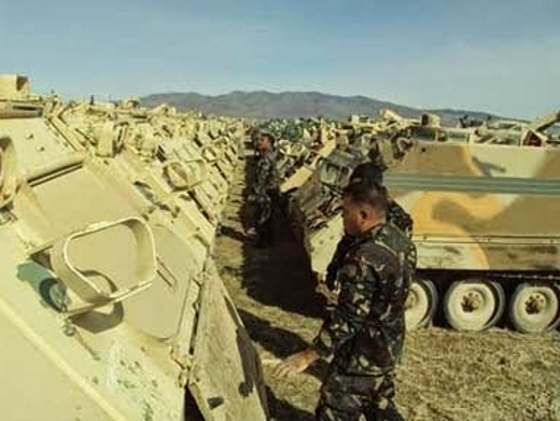 After refurbishing to M113A2+ standards, the 28 new APC vehicles will be fitted with advanced remote weapons systems (RWS) made by Elbit Systems, and reusing the 76mm gun turrets from decommissioned Philippine Army FV101 Scorpion combat recon vehicles.  The Elbit upgraded APCs will now be the AFPs infantry fighting vehicles.  Expect Pinoy soldiers to gain the same combat effectiveness of other modern IFVs riding into battlezones without the need to dismount troops.  Once in service, the 28 upgraded M113s become the most modern armored ground vehicles in the Philippine military.  The AFP still get 114 standard M113A2s from the U.S. as their new troop deployment vehicle, each capable of carrying carrying 11 fully-equipped soldiers per APC into battlefield.

Who Are Elbit Systems ?

Elbit Systems Ltd. is an international defense contractor based in Israel that provides some of the most advanced military ordnance in the world.  Aside from weapon delivery systems, Elbit also provides advanced military communications, surveillance and reconnaissance systems which include aircraft systems, satellites and data linking technology as well as advanced radio tech.

The area that Elbit excels at is upgrading existing military vehicles of international clients and keeping  a range of support services, including training and simulation systems that allow for refurbishing and upgrades to be a more cost effective solution for military upgrades.