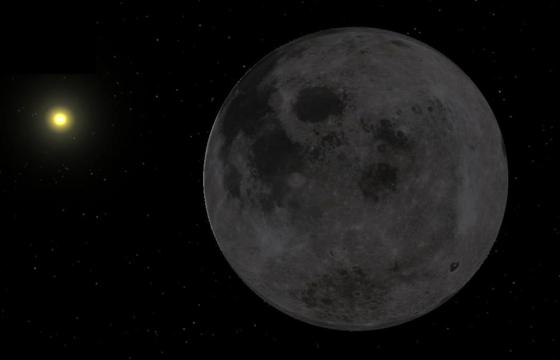 Our Moon is so large that its orbit around Earth is different from the way other moons orbit their home planet.  Both the earth and the moon orbit a specific point located between them called the barycenter—located about a thousand miles below the surface of Earth; but some three thousand miles from the center of our planet.

Imagine the orbit of both heavenly bodies like the motion of a spinning dumbbell with the weights on the ends mismatched.  The Moon's orbit around the sun is only slightly disrupted by the presence of Earth.  In fact, if Earth vanished, the Moon would continue to orbit the sun just like a planet.

The main reason for not considering Earth and our moon to be a double planet is that the barycenter lies beneath the surface of Earth. If the Moon were either about a third larger or a third further away, the barycenter would be above the surface of the earth and the two worlds would be a true double planet. Thus, the moon for now can only be classified as a satellite of Earth. 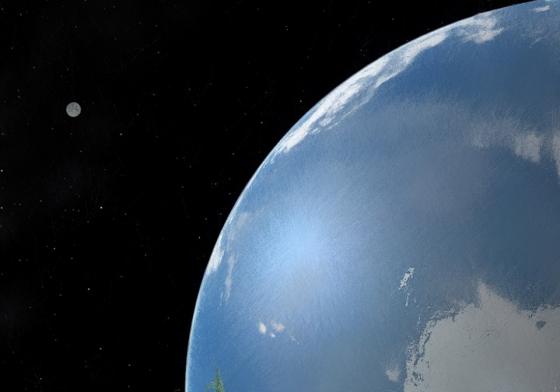 The Moon Formed Out of the Earth?

Scientists now think that the Moon was formed when a Mars-sized object crashed into our planet about 4.5 billion years ago. The collision was so large that a huge spray of material was ejected into space. The orbiting ring of debris gathered itself into a sphere, and formed the Moon. How do we know that this is how the Moon probably formed? The Moon seems to be much less dense than the Earth and lacks a lot of iron in its core. Scientists think that the Moon is made up of the upper crust material, which has mostly lower density, than the composition of the Earth.

What is the Late Heavy Bombardment?

Commonly referred to as the Lunar Cataclysm, this is a hypothetical event that may have happened 4.1 to 3.8 million years ago.  During this time interval, an extreme barrage of large asteroids apparently collided with the celestial bodies in the Solar System, including planets Mercury, venus and Mars,  Scientists say that the large gaseous outer planets may have been setting into their orbits and may have dislodged material from the asteroid belt into the inner planets of the Solar System. 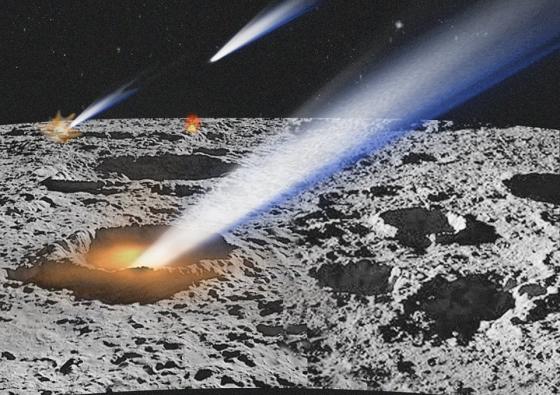 We may be going back to the Moon soon!

NASA has been given the mission to fly manned ships to the Moon, and set up a permanent research station. At the time of this writing, astronauts are expected to set foot on the surface of the Moon again in 2019.  NASA is preparing to launch a small robotic spacecraft to investigate one of their most bizarre discoveries.  Crews reported seeing an odd glow on the lunar horizon just before sunrise. Scientists began to suspect that dust from the lunar surface was being electrically charged and somehow lofted off the ground, a theory that will be tested by the U.S. space agency's upcoming Lunar Atmosphere and Dust Experiment.