Home  »  How It Works  »  MicroHydro Power: Endless Power for Off-the-Grid

January 24, 2015       How It Works
Why Use Portable Hydro-Power?
Off-the-Grid Electricity Solutions that Work 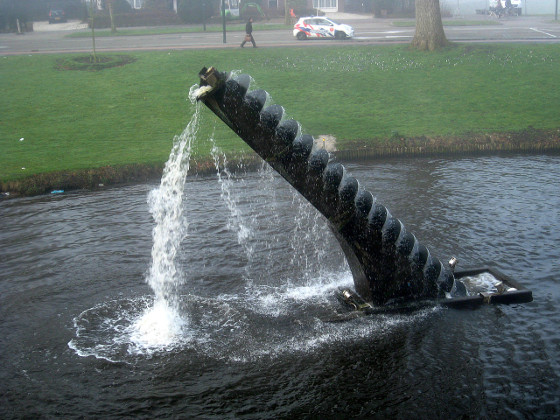 Flowing water has been used for man's for making work and chores easier using various machines: like mills for mechanical power before automation was invented and electricity in the modern age.   Pumping water via aqueducts, and driving machinery for looms and grain mills are a perfected and proven technology for almost a century. The power of flowing water for mechanical energy has make difficult time-consuming jobs effortless and clockwork efficient.  Unlike wind and sun, the right hydro power resource can be available 24 hours a day, 365 days a year.
Pioneers in wild country used hydro-power for irrigation pumps and grain mills to make their work more productive, and it still is one of the best options for anyone living in an area with plenty of underutilized waterways for power generation.

As an alternate power source for off-grid living, you get more out of your small investment, if you are considering alternative energy sources.  Hydro-electricity is essentially the combination of water flow and vertical drop (technically called “head”).

The force of the waterflow is what you measure to know how much power you can get.  It is important to note that NOT ALL waterways are useful for generating hydro power, some have too weak water flow and force to make an installation worth the cost.  There are even myths about perpetual energy designs or rainfall gutter systems that may provide some power, but are too inefficient to utilize as a legit power source.  It is always the factors of Head and Flow that will determine if your hydro power will be worth the cost of its installation. 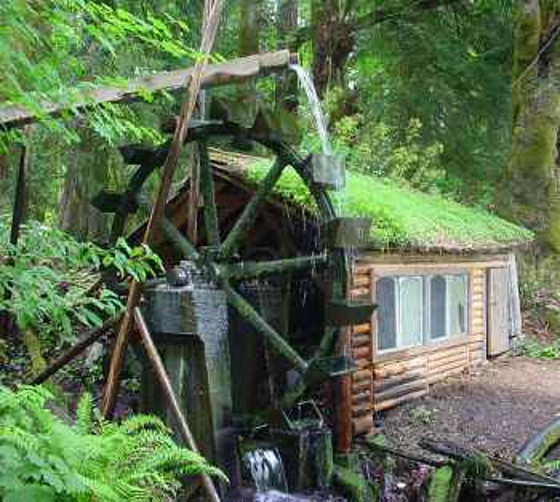 What to measure to know how much power you can get off a waterway:

The Flow—how many gallons per minute (or in larger systems, cubic feet per second) flow from the waterway and how much water you want to divert from the stream into your turbine.  The Head, or vertical drop, between where the water is removed from the stream and where it leaves the turbine runner.  The pipeline length computed with the diameter as well as length of the transmission wiring, to know how much your hydro power system will cost. 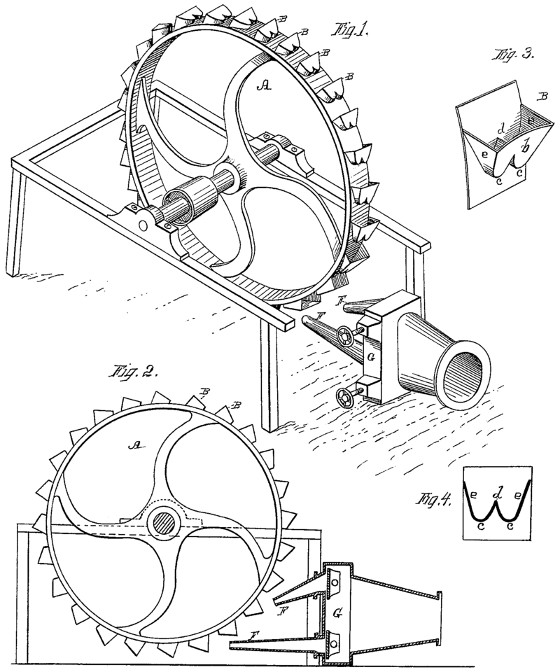 The original Pelton Wheel U.S. patent design from the 1800s,
one of the common designs for hydro power wheel turbines.

Figure out how long your setup will operate and the annual maintenance costs if using a DIY facility over a portable gadget.  Then calculate the cost per kWh. 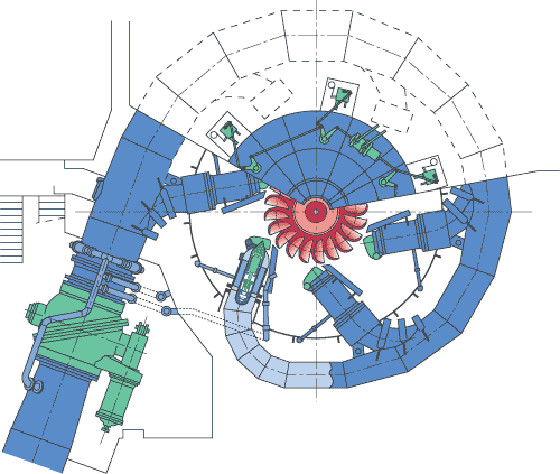 Understand that DIY constructed systems with low vertical drop (head) need more flow or water pressure to generate the same amount of energy. Typically, low-head systems will have high flow, and high-head systems will have lower flow. Adapting the example above, if we have 400 hundred feet of head, we only need 3 gpm to generate the same 100 W.  Portable devices have their own minimum and maximum energy output based on the stream where you use them.

Get professionals with experience in the field to help you set up your power station to avoid scams and unnecessary expenses if you choose to set up a semi-permanent system near your stream.

Portable hydro-electric power generators are really optimal for small setups.  A system can generate plenty of energy out of a small water flow with minimal physical changes to the environment and no emissions at all.  Running 24 hours a day, these systems generate enough energy to power any off-grid homestead.  If your waterway energy retrieval hydro generator is powered by good force coming off the water flow you won\'t even require a battery bank to store electricity.

The Militarized Backpack Power Plant (BPP-ML) is a 3 foot outboard with a propeller attachment underneath that is durable, portable and adaptable to extreme power site demands.  You can get 20% more power (600W) and you can use one or more-set in a line--each generating over 20 kW.  It can also become 40% less visible as most of the contraption is underwater, but if you mount the device in the bed of your waterway, it becomes totally safe and invisible. 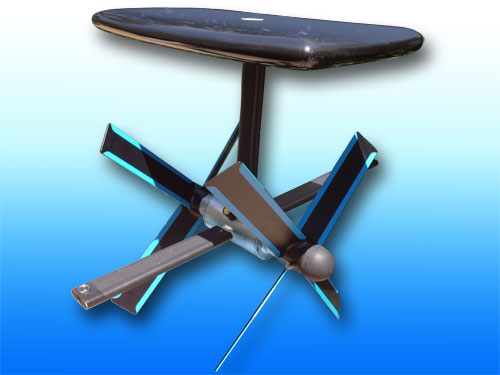 Image from bourneenergy.com
All rights reserved to Bourne Energy

The device is self-contained with its own integrated power, control, cooling and sensor systems. You can disassemble the generator into three major parts which fit snugly into a large backpack.  This portable hydro generator runs silently and generates no heat or exhaust emissions. 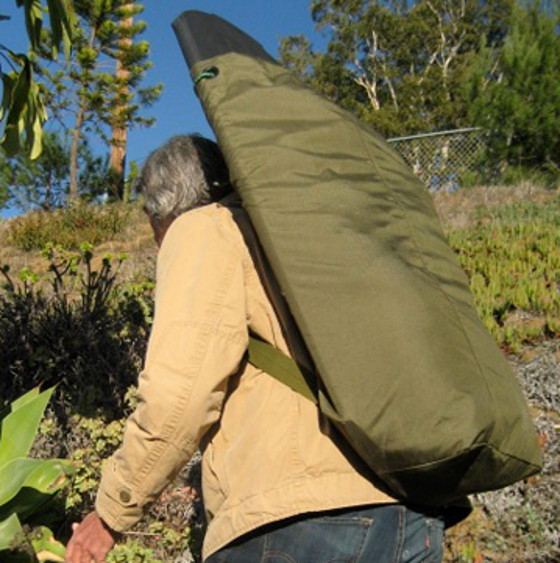 The backpack power plant folded up for carry anywhere.

Image from bourneenergy.com
All rights reserved to Bourne Energy

Microhydro-Power for Keeps
Off-grid configurations for micro hydro power usually utilize arrays of batteries for storing power similar to solar- or wind-electric systems. The water turbine puts energy into a battery bank, while loads are run from the batteries—directly, if DC; via an inverter, if using an AC configuration.  The smallest hydro power system can sustain a small hovel's lighting, electronics, and basic refrigeration.

The best reason to use portable water power generation systems if you are fortunate enough to live near any waterway is that the energy output can be sustained for 24 hours and your battery power bank is charged continuously; unless the stream suddenly becomes stagnant.  Even the best of solar and wind power systems cannot sustain charging their battery array for 24 hours continuously so the user has to conserve his energy use to keep the batteries from running out.
how it works, micro-hydro power, alternative energy sources, water mills, computing for hyrdopower electricity, off the grid power, portable energy solutions