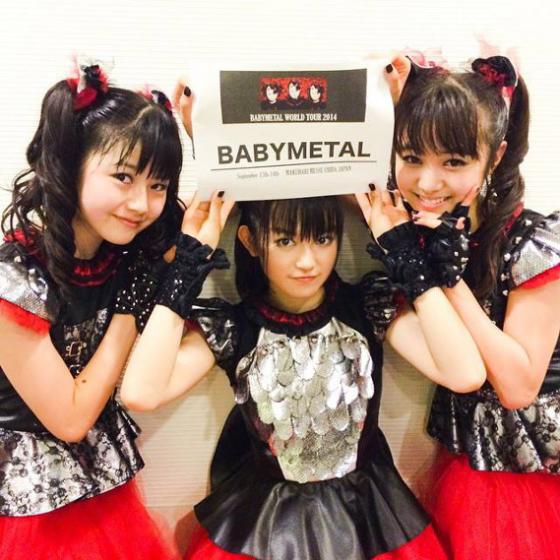 The runaway monster hit for 2014 for Metal and Rock Music so far is none other than Japan’s pint-sized headbanging J-pop idol rockers, BABYMETAL. A death metal band with 3 girls singing idol rock anthems—the cutest songs on the planet—for death metal....that is. 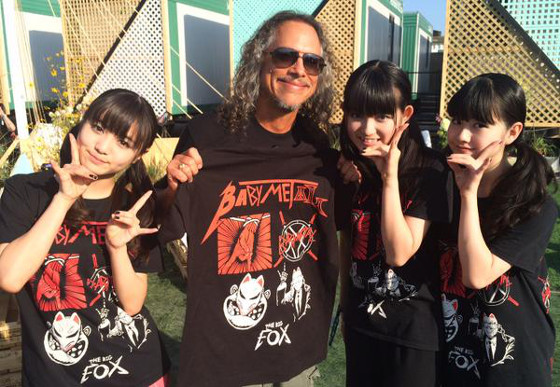 Babymetal already has the distinction of being the youngest ever group to perform at two of Japan’s biggest music festivals – Summer Sonic in 2012 and Loud Park Festival (2013).
Now, coming fresh from a Western tour blitz, BabyMetal have played France (Sonisphere), the UK (the Forum), Germany, the U.S (Los Angeles and Denver as opening act for one Lady Gaga gig). and Canada too (Heavy Montreal 2014), before swinging back to Asia. And if you've been checking the You Tube numbers, last February their latest mega-hit Give Me Chocolate! was at 3 million likes before rocketing to 15 million and counting as of this post.
From gigaddiction's upload:  Give Me Chocolate at Sonisphere
All rights reserved to You Tube and video uploader.
Su-metal, Moametal, and Yuimetal are enjoying their mid-teens as the most popular kids to sing and dance to death metal, and the Kami band too has their own dedicated fans of Japanese virtuoso musicianship. You've probably seen the selfie promos of the 3 girls hanging out with the best bands they've played alongside with, from Slayer, Chino Moreno, Metallica, Anthrax, Dragonforce and more.
From Oshawa's You Tube upload of the Heavy Montreal gig in Canada
All rights reserved to You Tube and video uploader.

The BabyMetal craze might look really strange to anyone unfamiliar with both Jpop idol music and metal bands. But that hasn't stopped people from grabbing their albums and downloading their stuff on iTunes ( album is 4th on the rock albums charts ).

Like any smart Japanese idol factory churning hook bombs, their music has been a glorious recipe filled with hypnotic synths, delicious EDM bliss, as well as the requisite chunky riff blasts and tasty beat blasts plus Cookie Monster backing vocals that are part of any successful death metal act. They play some of the catchiest songs ever for a metal band, no matter the strangeness, once you're hooked, like any metal or rock music, it becomes a religion. The songs rock for Chrissakes and with 15 million souls 'saved,' these kids are doing right by Metal, all things considered. Don't let any naysayers deter you from enjoying good metal music especially religious zealots who favor Whitney Houston over kids who save the world.  No act is more glorious than kids singing to Death Metal.

The kids and the Kami band opening for Lady Gaga in the U.S.
this summer 2014 from the You Tube upload of Lady Gaga -
Best in HD.  All rights reserved to You Tube and
the uploader of the video

Metal music will always be a genre that transcends all parts of the world, which also breaks all cultural and language barriers, from North and South America, to Europe and even Asia.   After their successful sneak attack this past 4 months, expect BabyMetal to plow through bigger venues towards November when they return to Europe and the U.S. for a massive push for a Japan is Cool kind of invasion. Then wait for the next wave of Japanese metal and rock idol bands to follow suit.  Enjoy their music forever! 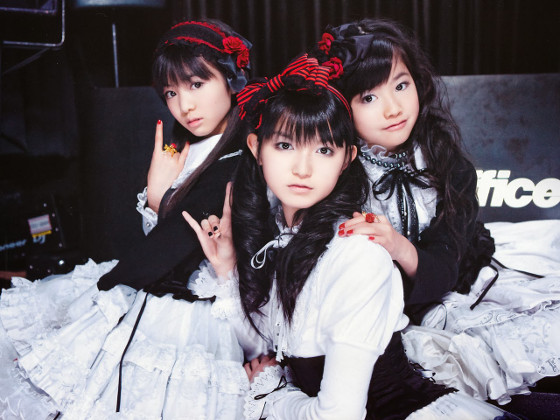