April 14, 2016       Arts and Culture
Vietnam's Heritage:
A Fine Place to
Call Home
Colonial rule may have created postcard-perfect villages in the countryside, but the hardworking Vietnamese won their country back and are now creating what may be the most prosperous ASEAN home-base.
The best kept secret success story ending the first quarter of the new century in the ASEAN Integrated community may be Vietnam and its dynamic people.  Four decades after the war, this hardworking country not only claimed back its own but has proven all doom-sayers wrong to become the fastest rising economy in the world.  Expats, even some ex-war vets, are pining to find their own paradise hideaway in Vietnam because it is one of the most beautiful countries in the ASEAN sphere to live in.  The cost of living is relatively low and the place is turning out to be safer than Thailand--which is suffering from internal strife and turmoil on a yearly basis in spite of being touted as: "The land of smiles." 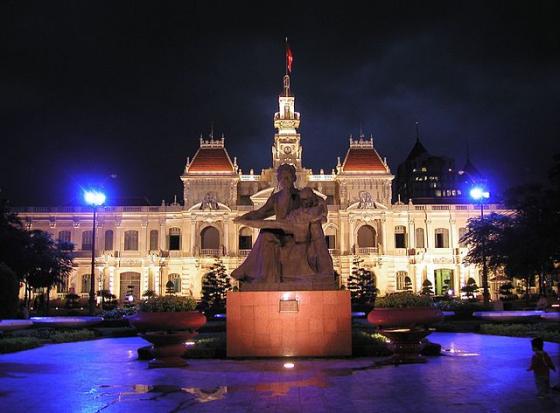 Vietnam's economy has a potential growth rate of almost 10% per annum by 2015!  Recovering steadily and surely after a brutal war in the 70s, the country has invested heavily in both education and entrepreneurship as a top priority in moving forward.  Literacy is marked at 94 per cent among the nation’s youth, which is just behind Singapore.  The Vietnamese people traditionally have a culture of building wealth slowly and passing it on to the next generation, which bodes well for their boomer generation.  Vietnam has opened its doors to travelers, educators, and investors from around the world, and as part of the ASEAN bloc, to offer visitors opportunities and a life experience that may attract many to call the place their new home. 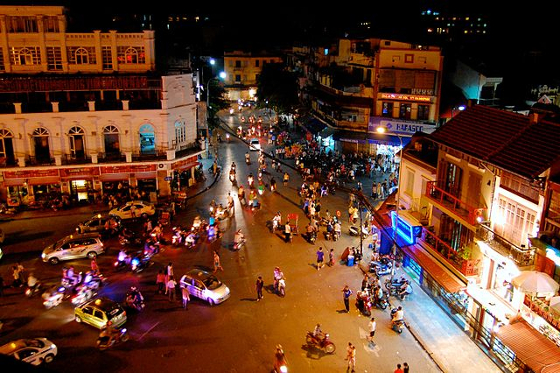 Creative Commons CC BY-SA 2.0
A Street scene in Hanoi's Central Business District
In the spring of 2015, Vietnam ranked as the top choice for outsourcing businesses in Asia, overtaking the Philippines, China and India--which already have maturing or maxed-out BPO environments.  Not only is setting up your ops in Vietnam way cheaper, business outsourcing here is still prime because there are plenty of skilled locals who can be tapped for your needs and the government is working hard to make the business environment as ideal as it can for investors from the west as well as from the ASEAN Integrated economy.  It might take time to get papers processed for businesses setting up shop (1 month), but rest assured if you can manage to be patient and wait--you can run your business smoothly in this country.  Three-fourths of Vietnam’s population of 94 million are below the age of 40. People want to move into the future as successful individuals and families and they are willing to learn and master technology and new ways of doing things.  In 2010, Vietnam's total state spending on science and technology equaled around 0.45% of its GDP.

A Nation of Entrepreneurs

The culture of family businesses, similar to countries like Italy and China, drives the Vietnamese to build for their future as entrepreneurs. A tradition of handing businesses down thru family generations and staying self-reliant--hard work, patience and taking care of their families--for a better future is a hallmark of their culture.

When a group of Viet boat-people were rescued drifting aimlessly off the province of Palawan in the 80s, the Filipino rescuers helped them set up a camp in rural Palawan, as a nod to protecting human rights, and that Vietnamese community established itself as a self-reliant, self-contained society with virtually no handouts coming from the local government.  They earned their own keep by making handicrafts, growing their own food, and putting up small eateries serving savory Vietnamese healthy dishes--which the local Palawan residents would patronize--proving that as a community with indigenous skills, they could survive off-grid anywhere.  The boat-people community were finally integrated into that province as Pinoys.  These days, posh Vietnamese restaurants are a big part of Manila's foodie circuit, opening for business everywhere, from neighborhood street corners to mall city areas: as healthy dining alternatives and family entertainment centers. 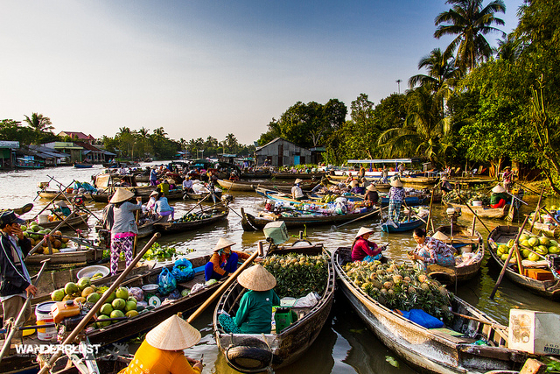 Vietnam may be the fastest-growing of the world's emerging economies by 2025, with a potential growth rate of almost 10% per annum in real dollar terms.  The nation is still rebuilding itself and has plenty of room for growth unlike ASEAN neighbors whose business markets are already maturing and are in the process of consolidating inherent advantages.  Many big British and French firms, as well as South Korean businesses, are already setting up shop in Vietnam.

Some travelers put Vietnam down as a noisy place going to seed because of all the hyper development going on.  In fact, the government is working hard to preserve the green heritage: Vietnam is described as one of the world's twelve original cultivar centers: the Vietnam National Cultivar Gene Bank preserves 12,300 cultivars of 115 species.  The Vietnamese government spent US$49.07 million on the preservation of biodiversity in 2004 alone, and has established 126 conservation areas, including 28 national parks.  This country has more going for it than meets the traveling eye of troll bloggers.  As an off-grid hideaway and resource for heirloom seeds, Vietnam is THE place for your green homestead commune. 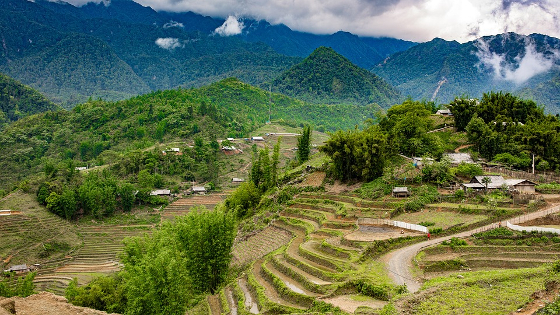 The beachside and coastal towns are not as overdeveloped as Thailand's or Boracay so expect plenty of quiet still, and even in active river-market trading communities you still get plenty of good stuff which other grumpy travelers call 'noisy' rabble.  Organic produce, traditional handicrafts that double as survival supplies, simple pleasures of life that will keep you together when the SHTF everywhere else.

Local architects are already pushing for development of green urban areas--living spaces where the carbon footprint is low and Vietnamese developers are studying ways for implementing a connected infrastructure that allow for social amenities and open spaces.  Developers are citing the high demand of such living spaces among the middle class and as a vital selling point to expats and retirees.  Urban open spaces and even forest gardens might become a trending urban design motif if the push for Green Urban Areas is fully supported by the Vietnamese government in the immediate future to improve local zoning and living space conditions in urban centers. 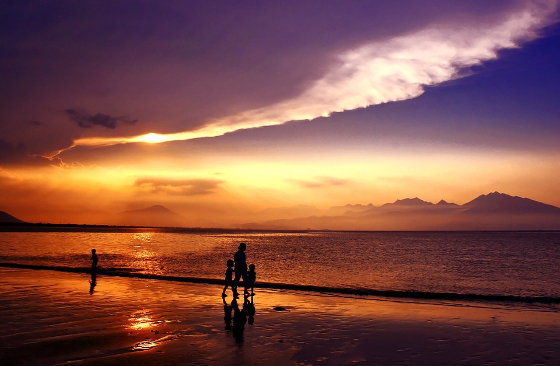 The Da Nang coastal area is popular among tourists and
expats as a place to call home.
It goes without saying, do watch out for the usual cons, keep your wits and common sense, and the place is as good a new home as anywhere in the ASEAN.  Maybe better.  If you were looking to relocate, for work or for a change of pace if your current place is stressing the life out of you, check out the green off-grid places in Vietnam.  For your remote home base or as the paradise for the rest of your years.

Da Nang is Vietnam's beautiful coastal city which rivals the best of Thai beaches.  The UNESCO Heritage-protected old port town of Hoi An is located near Da Nang.  Hoi An is a throwback to Vietnam's colonial past with streets lined with period architecture villages and shop houses where Asia's best tailors are set up, Vietnamese pottery craft houses, bespoke leather goods shops, and jewelry maker shops and souvenir kiosks abound.  Think of the place as Vietnam's verson of Vigan, but with a French flavor instead of our Spanish heritage site. 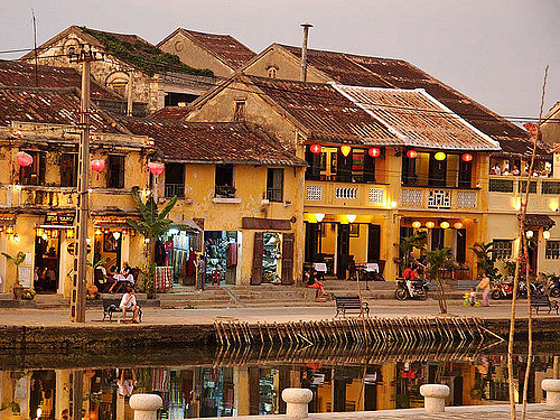 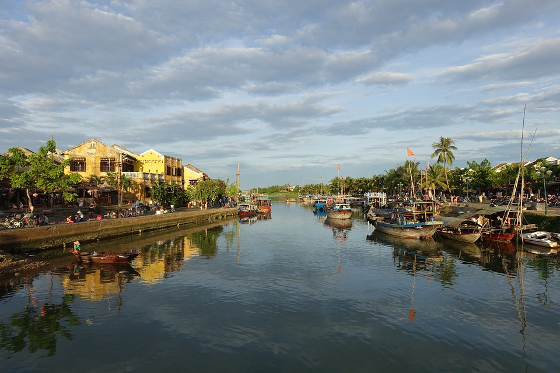 As Vietnam's secret enclave for the best bespoke and handicraft shopping, Hoi An may just be the best place to visit for a shopping holiday in the ASEAN Integration community.  Hoi An already has a reputation of being the “new Hong Kong,” a place where unbelievably, top-end, bespoke clothing (suit or dress)  can be made in a day or two at a fraction of the cost of Western tailors and bespoke craftsmen.  The old central district sits next to the river in the southwest corner of town and looks like a Miyazaki set from his heroine animes: period architecture make the enclave look like an amusement park—but the place  is for real and not some fake Disney pre-fab reconstruction.  Hoi An is considered Vietnam’s culinary hotspot  go-to place aside from Hue. 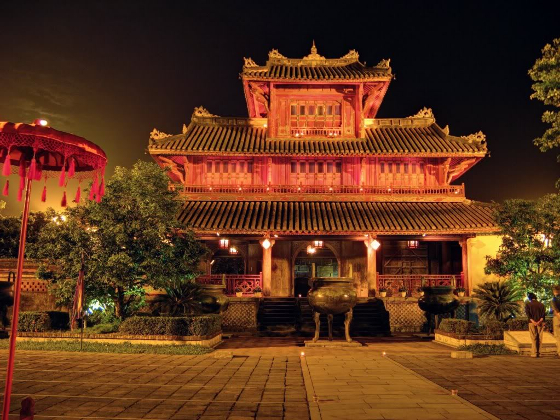 It takes a day to tour the site inside out so hire a bike to help you get around.  Local restaurants in the former Imperial capital city of Hue are famous for their healthy cuisine comprising of fresh produce, rice noodles and fresh seafood.  Another favorite Vietnamese delicacy is the “che”- sweet soups. There are nearly 50 kinds of “che”, from the simple, common to elaborate ones. These are similar to Filipino guinataan, halo-halo, and mais con hielo desserts. 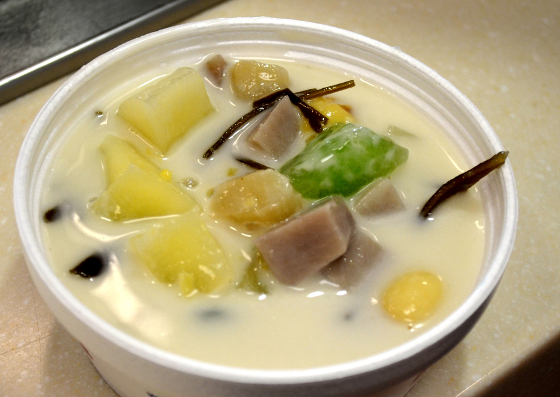 Among the challenges in Vietnam that should get investors interested is potable water, sanitation systems in rural areas and urban sewage treatment systems.  These are areas where investment may pay off handsomely--the locals need safe drinking water and getting it as an off-grid sustainable service or resource may be one of the best places where investors can put their new hard-earned money.  Green tech for safe drinking water will be a critical need.  Even for other ASEAN Integrated community members. 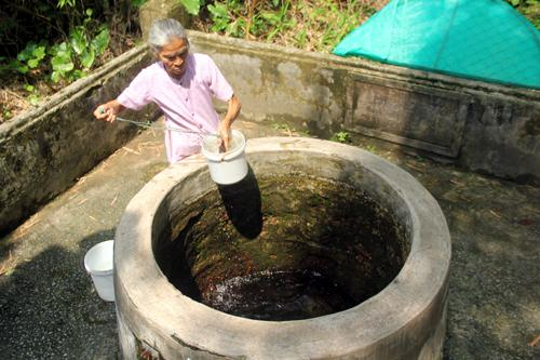 Businesses can either go there to set up shop or we can bring them over locally as friends and help set up shop as partners. For the small business entrepreneur, travel there may show them a chance to look at great ideas that might be taken for granted.  Like, why is it that urban street food in most ASEAN nations are considered to be culinary treats, and amazing food bargains, while in the Philippines, street food is often a very dangerous adventure that may cost you your life due to poor sanitary preparation.

There are other cultural ideas that can translate well on both sides--craftsmen making handicrafts and bespoke products unmatched in execution and quality anywhere in the world. 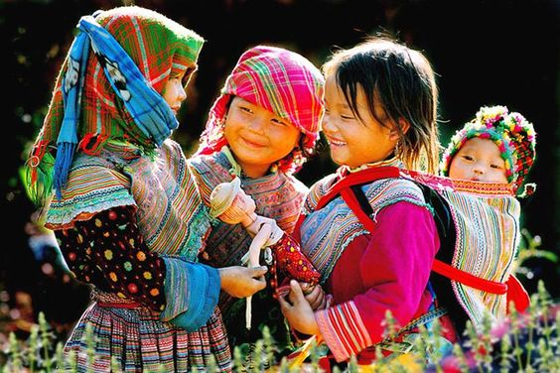 Hmong children playing: Traditional crafts and arts in Vietnam
as well as in any of the ASEAN countries are a good source of
ideas and creative inspiration.

Even media entertainment is a booming market for ASEAN content in Vietnam so artists and writers and production houses might find amazing opportunity to start a base in Vietnam, even for independent studios. 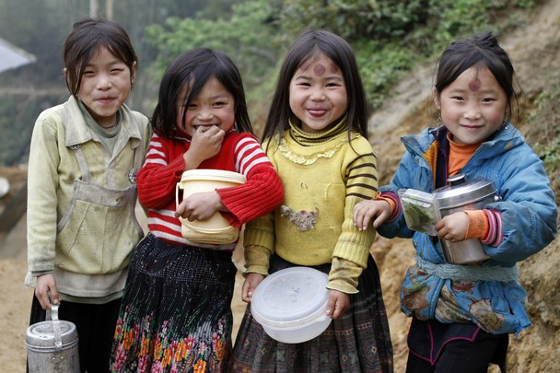 Sa Pa highlands kids, enjoying their pack lunch while at school.
Teaching English in Vitenam as well as other foreign languages
are opportunities too.
If anyone from the ASEAN Integrated community were looking within the region for a place to start anew or get away from a declining economic situation and find entrepreneurial opportunities, maybe even relocate and set roots in an off-grid paradise--Vietnam looks as good on paper as it does in traveler photo blogs and in recommendations among people who've been there.

Give it a shot and you might find you own success story in the true "Land of Smiles."
arts and culture, asean integration, vietnam, frontier for gold, business opportunity, educational opportunities, economic growth, ho chi minh city, hoi an, hanoi, hue