Home  »  Unravelling Mysteries  »  The Mystery of Aliens and UFOs

The Mystery of Aliens and UFOs

July 18, 2014       Unravelling Mysteries
The Mystery of UFOs and Alien Visitors to Earth

Aliens and UFO are no longer tabloid news
nor some top secret knowledge exclusive
to a few military experts or governments. 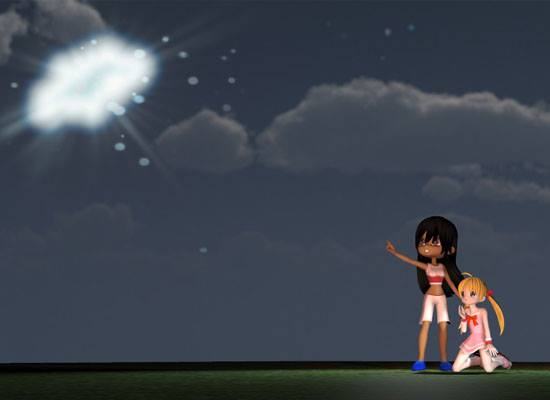 UFOs are often seen as bright lights than seem to be maneuvering  as a ship in
the sky or hovering over particular sites.

UFOs and Aliens have been attracting attention the world over and because there are eyewitness accounts of flying strange lights and even testimonies of alien abduction that have been corroborated by many people that the mystery cannot be ignored as just some mass hallucination or fabrication.

People have come out of the woodwork claiming alien abduction and have revealed detailed descriptions of their travails and incarceration. The physical description and characteristics of the abductors have been archived by everyone from the military to UFO hunters and tabloids looking for any scandalous story to sell.

The kinds of aliens that have been identified are grouped into three:  the Greys, the Reptilians, and the Nordics.
The Greys and their Agenda

Most alien abduction victims have identified the Greys as the perpetrator of their capture. It is the most familiar Alien type, and most supposed eyewitness accounts describe the Grey as a very thin being with an oversized head relative to its body size. They stand from 3 ½ to 6 feet tall, and weigh anywhere from 50 to 90 pounds.

The TV show, X-Files, have popularized the Greys and other cinematic portrayals show them as having large, bulbous forehead with bulging, unblinking eyes.  Victims of alien abductions have characterized their skin as smooth and slippery like an ocean mammal like a dolphin or whale. There are no ears that can be seen on their heads. They are described as having 3 to 4 fingers, webbed hands and feet.  The Grey alien is said to be a telepath, and stories from people who claim to have encountered them say they can hear the Greys speaking in their mind even though the Grey was not physically talking to them. 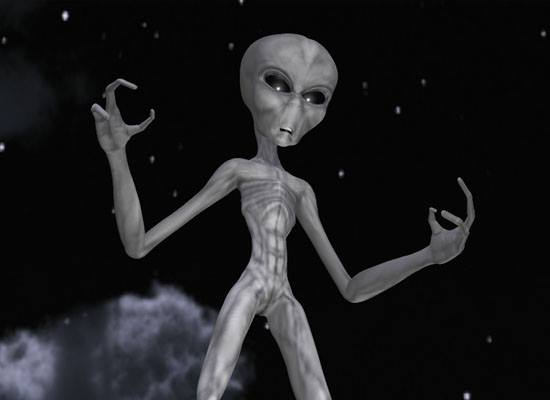 The GREY:  a race of smallish aliens.  The primary example of most  alien lore and
sightings the world over.  Supposedly responsible for kidnappings
and abductions of humans.

From other alien encounter stories, there is a theory that the Grey alien race is dying due to the fact that they were originally cloned by another race of alien called the Reptilians. The Greys are supposed to be thralls or slaves of the Reptilians until the Greys staged a revolt, escaping to wander the Universe and finding Earth. 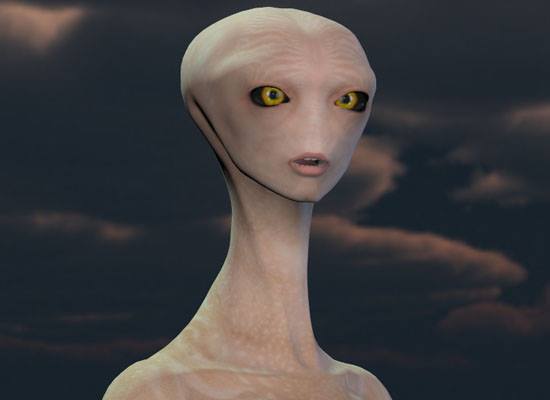 An artist's rendition of a Grey if it were to improve it's biological make-up
from experimenting with humans abducted from Earth, because their breed is dying.
Area 51 conspiracy fans believe that the Greys were the kind of aliens originally found in Roswell, New Mexico UFO crash landing, and that this species made an agreement with the U.S. government. They offered advanced technology in exchange for being allowed to freely roam and experiment with isolated human subjects to learn genetics and biological fixes to prevent extinction of their race.
Origin of the Greys

A star map drawn from memory brought back during the hypnosis of Betty Hill, an abduction victim reveal the location of the Greys' homeworld. A pair of stars known as Zeta Reticuli, that are 220 trillion miles away from earth. The Greys act like scientific observers, interested in the study of other life forms in the universe. They perform tests and medical evaluations upon their human subjects and then free them.

Most of the mythologies of some cultures are believed to revolve around what are actually powerful alien beings that are described as reptilian in anatomical conformation and biology. From Oriental pantheons to ancient Egyptian pantheons and even, Incan and Mayan pantheons and the supposed Annunaki popularized by Zachariah Sitchin, the common thread among them is a dragon-reptile giant alien being.
There is conjecture that the reptilian aliens come from the constellation of Draco. Some say from Orion. Or even Sirius.  There is even pseudo-scientific hypotheses that the earth was seeded with Reptilian lifeforms so that a subset of the species was part of the local fauna since ancient times.  Only about 20% of alien abductions reported account for Reptilian alien encounters. The aliens are described as humanoid and stand about 6 to 9 feet tall. Their humanoid conformation from scroll paintings to stone carvings, and abductee witness accounts indicates that the Reptiles have a muscular body, with long arms and legs, and each hand has 3 long fingers and one thumb. Their skin is described as ranging from dark green to brown and scaly. Some reports say they also have tails. 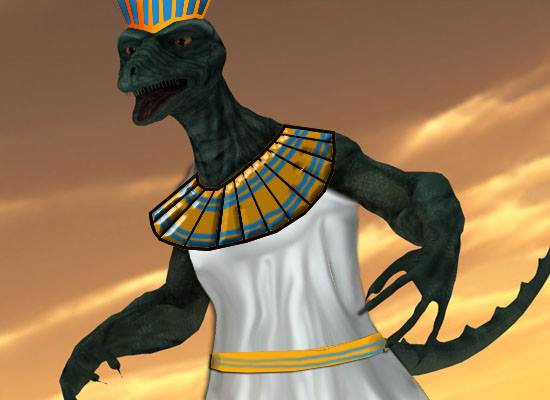 The reptilian alien, may be the so called Annunaki visitors.  They are also depicted
as malevolent and domineering, but were driven  away by the Nordic Aliens.
The Reptoid alien now present and hiding in Earth, has a different countenance from the more familiar Grey alien. A reptilian alien has a cone-like head with bony ridges starting at the forehead and continuing toward the back of the skull. The nasal area is marked by slitted nostrils for breathing, and ears are represented by slits as well at the back of the skull. The eyes are described as looking lizard like or snake like, while another variation is white eyes with flameing slits for pupils.

The alien Reptilian coming from the Draco constellation is said to be different from the earth Reptoids, as these are said to have wings made of bone covered with scales that span 6 to 7 feet and have horns on their head and along the length of the spine, aside from this they have the same height and scaly skin. It is a description that mirrors the mythology and pantheon of Eastern cultures' dragons and winged gods of the Mayans and Incans, and even the Indians.
The Nordics and their Agenda

The Nordics are extraterrestrials that resemble humans most, because they are really human in appearance and those sighted are described as blonde and tall, from 5 foot 6 to 7 feet tall. Most typical shade of eye color is blue, however, reports have also described purple and green. As humanoid in conformation, they look physically fit and are attractive in the way a tall, blonde human with perfect symmetrical facial and anatomical proportions would look impressive compared to any average joe earthling. Like the other aliens , these also communicate telepathically and have powers of telekinesis.

The tall, blonde, aliens seem to be interested in watching over humankinf like angels, and their influence in human affairs has been described as benevolent, providing enlightenment and spiritual revelation as well as warning us about actions and attitudes that may turn into a holocaust of nightmares if we don't rein in our behavior. The Nordics are also watchers of the intrusion of Reptilians, Reptoids and Greys in human affairs. Some wishful hippies also lay claim on the Nordic aliens having an influence with ideas within the New Age movement. 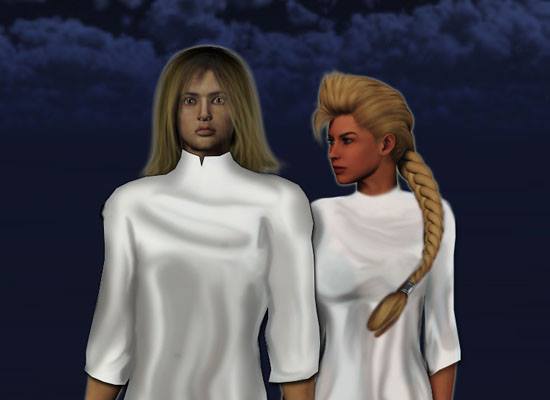 Nordic Aliens, are the Good Guys and it is they who are fighting the Greys
and the Reptilians and providing mankind with spiritual guidance.
Origin of the Nordics

The extraterrestrial Nordics may be coming from their home planet, Erra, located in an another dimension in the Pleiades star cluster some 400 light years from Earth. Billy Meier from Switzerland claims being visited by the Nordics since the 1940s. Most of his information comes from a visit by a female Pleiadian named Samjese. The Pleiadian Nordics are an ancient and highly advanced humanoid race that discovered our planet in around 225,000 B.C.

The people who lay claim to alien abduction and experimentation seem to be telling the truth according to their personal experiences, most of them just normal citizens with good families, education, work and normal physical and mental medical histories. There are thousands of accounts of alien abductions, most of which identify the culprits with consistency in detail and modus operandi. No number of strangers can commit such a conspiracy of disinformation throughout the world.

What strangers from other worlds plan for us or why they are interacting with humans may still be a mystery until they come out in the open to reveal their true intentions.  Understanding what is already going on around us will only help us be prepared for the possibility that human earthlings are not alone in the universe and that extraterrestrials may really exist and have been involved in human affairs for eons.  The next time you see strange lights in the sky, moving oddly and maneuvering as if they were airborne vehicles of unearthly origin, you can be careful knowing what is out there based on what abduction victims have already told the world.
ufo, the grey alien, the reptilian alien, the nordic alien, unidentified flying objects, alien kidnapping, alien landing sites, alien technology, unravelling mysteries