Home  »  Unravelling Mysteries  »  Biringan City: The Only Known Supernatural Metropolis in the World is in Samar

Biringan City: The Only Known Supernatural Metropolis in the World is in Samar

July 24, 2017       Unravelling Mysteries
The Lost City of Biringan?
The only known supernatural city in the
world is found in northeastern Samar.
You don't really have to pay a million dollars to own or find a true Magical Kingdom or City, like what the inspiring, bestselling novel of Terry Brooks offers its young readers.

Wandering off-grid in the northeastern quarter of Samar Island in the southern Philippines, just moseying around and shooting the breeze, will probably luck your way into finding the secret entrance into the fabled, supernatural city of Biringan, the one, hidden enchanted city that only lost people seem to find. 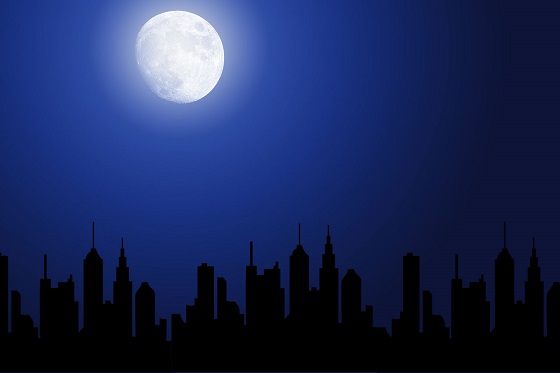 The name "Biringan" itself, translates as, "a place to look for missing people."

To enter this hidden city, one must be invited by a citizen (a fair maiden engkantada, or handsome mestizo engkanto according to locals from Samar) of the realm.  Strange-folk from Biringan are known to prowl around Samar as human seeming people and when they fancy some local barrio lass or lad, they invite them for a visit to Biringan, and most often the poor kids opt not to leave the splendor of the black city and return to their poor old Samar, backwater towns. 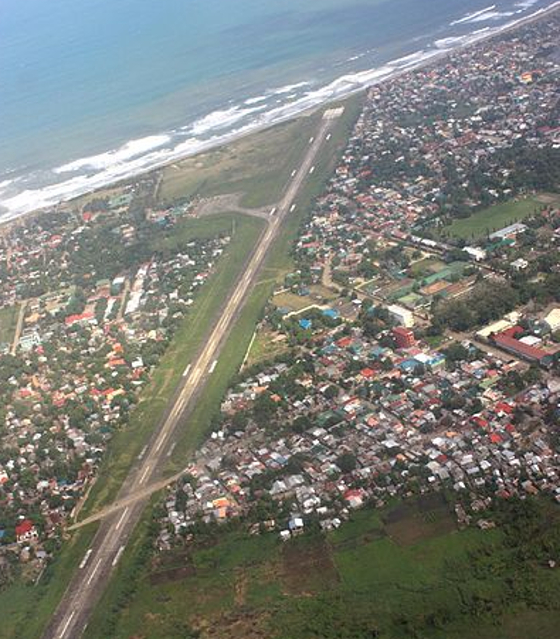 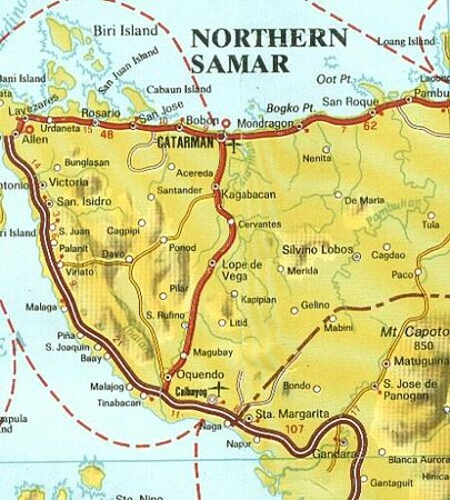 Somewhere along the coastline south and west of
Catarman is Biringan City. 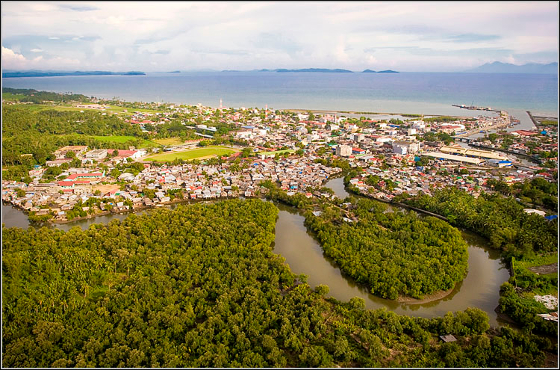 Image Credit: Itsme Hop-19      for WikiCommons CC BY-SA 3.0
Calbayog city from an aerial shot is another city in the vicinity of
the supernatural city of Biringan with waypoints hidden in the city
itself and on the road away from Calbayog.
Tales of drivers traveling in the area, getting lost, running into strange roads find themselves going into Biringan City.  Publc transport vehicles are often waylaid by strange passengers from Biringan who want a fast ride back to their city--these disappearing passengers time their ride to coincide when a passage into the other-realm is open--usually a midnight run of a bus.

Others claim that you may enter through a waypoint, a place that blurs into that other realm-- waypoints are said to exist in the cities of San Jorge, Gandara, Calbayog and Catarman.  A waypoint may be marked by a certain rock or tree which acts as the portal into the realm--or be unmarked like a spot in the middle of a field or the turn of a road that opens into Biringan, at a certain time of night or day.

In Bogo, Cebu, in the fisherman barangay of Odlot, there is a small sitio near the seas near Samar called Danaoan/Danawan. According to fishermen there, the northern spot of Samar has been—multiple times—mistaken by seafarers as having a modern urban city, which only appears during moonless nights, at certain times of the year.  Like a 90s Hong Kong harbor lit up at night,  witnesses claim to see a well-lit, city skyline along a port, in a seeming, urban enclave.  The consecutive sightings surprised area residents because their geographic area is supposed to be in the middle of nowhere--an off-grid rural and fishing sprawl.  These incidents according to local fishermen happened around the ‘70s or ‘80s. 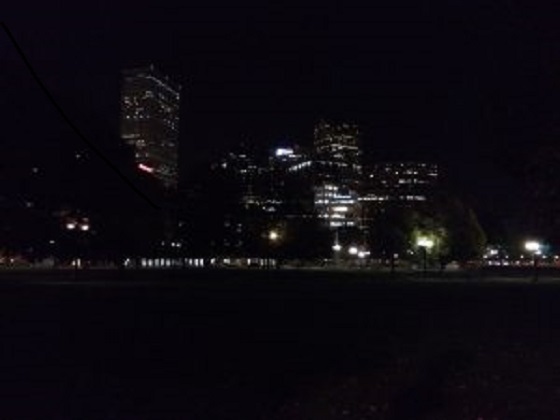 Biringan City from the sea according to local fishermen who have seen
the supernatural harbor reveal itself during moonless nights may
seem like any other seaside urban light show.
More urban legends also abound about businessmen from mid-Cebu or Samar who disappear without a trace from the area and are also suspected to have been lured to Biringan City.  Enterprising Biringan folk supposedly engage some successful or up-and-coming business person with deals so attractive that they are lured to visit the enchanted city, and when given the choice to stay there or return to the drudgery of dog-eat-dog competition in the real world, they opt to stay in enchanting city of Biringan.

Hand-me-down tales about Biringan strange-folk buying stuff from Manila or Cebu-based stores, from high-end appliances or furniture, all fully paid for in cold cash, with delivery addresses in Biringan, say that the deliveries lead to dead ends after finding out that the persons who ordered the deliveries have long since been dead.  But somewhere along the line, the purchases still get delivered to the Biringan address, and the vehicles (supposedly Kias) vanish after 2 to 3 days, and the dealer knows for sure that the cars go where they where intended to be used: picked up surreptitiously by Biringan strange-folk themselves.

In the 60s or so, a big delivery of construction equipment, bulldozers, cement mixers, was dropped off at Tacloban port, fully paid for again in cash, but got stuck because the final drop off was in Biringan City--the shipment was sent back to Manila, but the ship never returned and was believed to have delivered the goods to Biringan port during a late evening trip there.  Some of these big ticket deliveries are specifically scheduled at night to time the moment when a passage into the city is supernaturally available.

The traveler mischief stories about Biringan, start with the Silver Star bus hired out (pakyaw) by a group of people from Manila for a Biringan field trip, had the bus driving around strange dirts roads until late at night and getting lost until they had to spend the night on an unknown roadside—come morning all the people disappeared and the bus driver found his bus in the middle of a mountain with no tracks showing how it got there, and having to call his home office to get special tow trucks to get it out of the mountain. 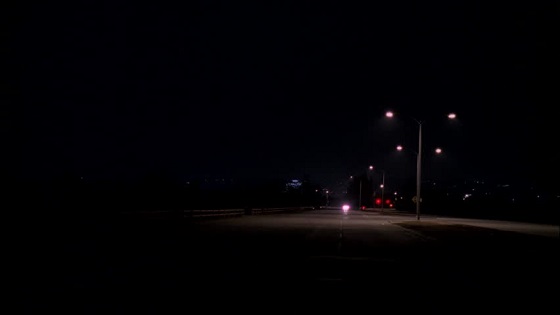 Biringan encounters by travelers happen in the middle
of some moonless night.

There is a recent tale about two motorcycle rider buddies turning a corner on the roads in the area of Biringan, when in an instant, they were smack in the middle of a busy and noisy urban thoroughfare with vehicles blaring their horns at the motorcycle's intrusion, and also in the same breadth of time as they rounded the corner, they were back on the Samar backroad as if nothing happened, and they didn't pass through some quantum moment where the Biringan throroughfare and the Samar backroad existed at the same split-second.

Supposedly a city of engkantos—which in itself is strange, because engkantos live in the jungle by nature according to myth, the strange-folk Biringans apparently have the taste for being urban chic.  Biringan city, when you get there, is an unnerving sprawl of black edifices, black towering-buildings and stadiums, even black cars, and their citizens all supposedly wear black.  A contrast to the shining 90s Hong Kong city skyline on a moonless night when seafarers catch a glimpse of Biringan from the sea. There are other rumors of golden domes and garden arches and a modern gentrified look that would not be as different from parts of Manila, but the black, gothic nihilist look seems to be what most visitors claim to have seen.  Is True Norwegian Black just a pale reflection of another truly strange, supernatural reality right here in the tropical, baduy and hiphop, Pinoy islands down south?  Goth, hip-hop Pinoy engkantos anyone? 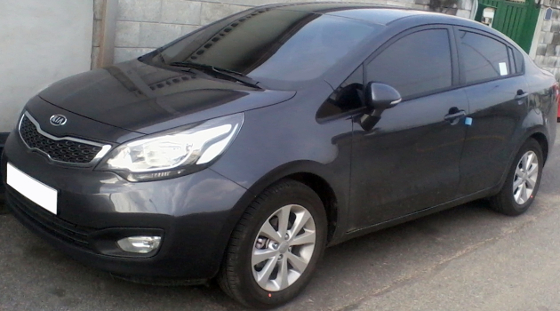 A Biringan City bound  delivery of cash-paid, Kia cars was supposedly
made sometime in the early 90s.

But beware, the folks from these parts, although fair, supposedly have no philtrum—the indentation between the nose and the lips that is a marker for a human being and an engkanto according to Pinoy folklore.  The Biringan folk will invite unsuspecting strangers into the city if they fancy them, then ask the human dupe to eat both a plate of white rice and black rice—both of which have no flavor—engkantos are supposed to be repelled by salt (a universal purifying agent and ward against supernatural beings) and spices (garlic, onions, and ginger are supposed to repel supernatrual beings too).  Eating a “busaw's” (the kind of Pinoy engkanto that offers black rice to its victims to turn them into busaw folk too) offering shall supernaturally change a human into one of them too according to Pinoy folklore.

According to urban legend, a young woman named Carolina, supposed to be one of the richest supernatural beings from Biringan city, studied in Manila, and on her batch's graduation, invited her school mates for a graduation holiday trip to Biringan.  Three of Carolina's schoolmates went with her to Biringan and were never heard of again.  After some time, one of the missing women contacted her family to say that they need not worry anymore for she was in Biringan and doing well, having gotten married with a handsome ciitizen of the wonderful city of Biringan—this urban legend circulated as a social media post online.  Carolina is also supposed to be a very powerful supernatural figure in Biringan City, such that a local playwright, who tried to use her name in his theater production, encountered almost the same strange mishaps that MacBeth (the Shakespeare play about witches and murder) theater productions encounter—accidents to actors, actors fainting while praying the Lord's Prayer before a rehearsal—this story was documented by an old local TV talk show that features Pinoy trivia.

During the 1980s, a satellite geological scan was taken by a Japanese mining corporation of Samar island and on the northern part, the infrared scan indicated a brightly lit tract of land, where Biringan was supposed to be hiding,.  The infrared scan supposedly marked a spot where deposits of uranium, or gold could possibly be found.  Excited about the possiblity of a motherlode, the Japanese company moved into San Jorge with a promise for local development via mining jobs and started digging around—but their equipment started to break down mysteriously, some of their miners went missing, and for the darndest thing, they couldn't drill properly or detect what their satellite scan originally identified in northern Samar.  After a period of expensive, looking around for nothing, the Japanese crew packed up and never came back again.

There might be other supernatural cities around the world that may surpass or equall all the silliness of the urban legends about Biringan City. There is also one bogus blog post circa 2012, that we'll just mention in passing about someone who claimed to be a Biringan citizen and started proselytizing about Mother Earth as the source of their magic but his zen-and-green diatribe fell short as soon as he said they as a strange-folk were not beholden to material wealth--they've been buying all sorts of earthly fluff forever and paying for it in cold cash--so the entire ongoing tall tale of the Lost City of Biringan is popular enough to invite poseurs (a Cebuano skeptic on the blog found out he was using a Smart IP address) and all sorts of charlatans to joing the game.

It here is an anomaly in the area between Bogo, Cebu and northern Samar that may be a leftover from the time of the legendary kingdom of MU or a similar, world culture event, it might be a good idea for backpackers and people who have lots of free time to schedule impromptu holidays to mix with local fishermen in that area, hoping they can get a glimpse of the legendary skyline of a black city of unearthly lights on any lucky moonless night.  For the more adventurous, getting lost around the area and finding oneself inside a waypoint into Biringan may not be as bad as finding OZ or Landover.

Even if it might cost you your soul.  If you eat the black rice. 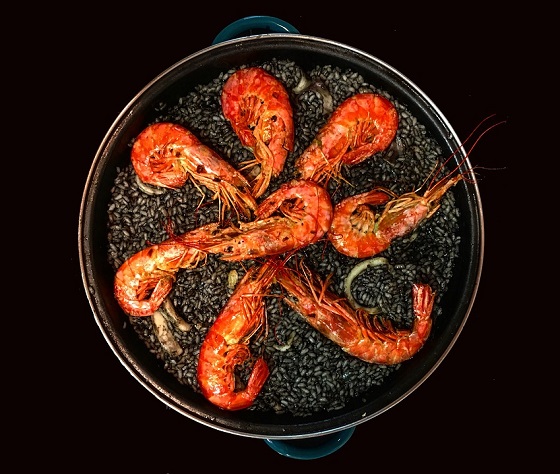