Home  »  Unravelling Mysteries  »  The Lost Continent of Mu: Ancestors of Egypt and Greece?

The Lost Continent of Mu: Ancestors of Egypt and Greece?

August 15, 2017       Unravelling Mysteries
Mythical Continent
of MU
A Pacific Ocean version of Atlantis,
the continent of MU also suffered the same
underground volcanic catastrophe and sunk.
Oral traditions of many indigenous nations, from the  Polynesian natives of Hawai, the Dogon tribe and Tuareg tribes  in Africa, to the Tamil "Silappadikaran" legend in Hindu texts, to the secret spiritual teachings handed down among the Rosicrucians, regularly mention a mythical Pacific continent that suffered a catastophic end via volcanic activity.  The magma chambers under the continent erupted and collapsed, sinking the entire continent under the Pacific Ocean forever.
Also known as the legendary Kingdom of Lemuria, MU was regarded as an Asian rival of the European subcontinent of Atlantis.  Heroes of Vedic Ramayana lore may be direct descendants of this proto-modern ancient civilization, migrating to India and other parts of the world after the sinking of their homeland.

But, legend has it that the tombs, artifacts and sub-oceanic chambers of the sunken Kingdom of Mu would be discovered in the very near future--in this generation or so.  Already, Google Earth has visually identified every single submerged ancient city or ruins of settlements.

This is also a time when Earth starts a new age (2017--Fire Rooster--and 2018, where 2018 as an Earth Dog lunar year) where Wisdom of ancient civilizations may slowly being rediscovered or recovered.

According to myths of the MU continent, the Hawaiian Islands and the Pacific islands of the Marianas, are the remaining mountain peaks of the lost continent.   As an advanced ancient race predating Egypt and China lived 12,000 years ago, its location in the Pacific Ocean area is supposedly confirmed by the sacred Vedic books and Sanskrit scrolls kept in underground vaults of Hindu temples in Tibet and India. 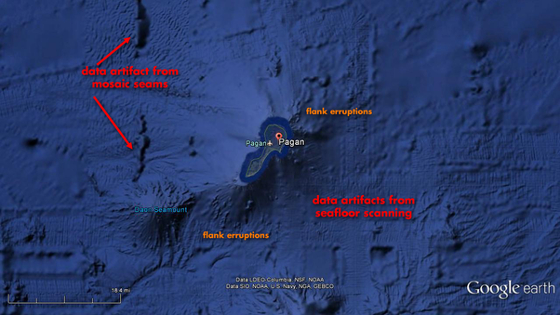 As the Pacific Ocean-based rival of Atlantis, which itself was located somewhere off Spain and Greece (some geo-scientists hypothesize that it is hidden under the ice of the Antarctica continent), it was home to an advanced civilization, whose survivors and refugees eventually became the colonists of the subcontinent of India; and from there Mesopotamia and Egypt.

The survivors from Mu are said to have migrated eastward on makeshift survival rafts, on to the prehistoric Americas, forming the racial core of the earliest Indian tribes.  In fact, California's oldest prehistoric artifacts are found on Santa Rosa Island and are dated around 25,000 B.C., the estimated time period of the Biblical flood.

Author Augustus Le Plongeon (1825-1908) is supposedly the first modern historian to have discovered Mu, possibly existing in ancient times and even predating the Chinese and Egyptian civilizations from translating Mayan texts referring to an ancient continent named Mu. 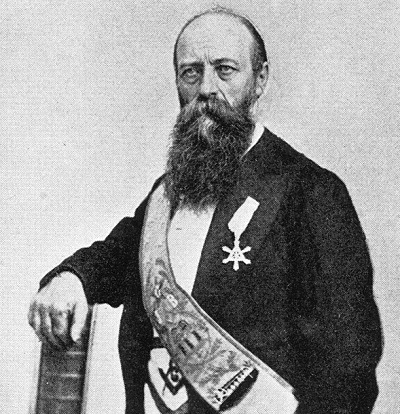 The legends of Easter Island, handed down via oral tradition folktales, describe a prehistoric kingdom of Hiva, which sank beneath the waves,  The nearby Samoans called a similar tragic advanced civilization that fell to volcanic cataclysm. Bolutu.  The Maoris of New Zealand still talk about arriving long ago from a sinking island called Hawaiki, a vast and mountainous place on the other side of the Pacific Ocean.
The possible remnants of MU under the Pacific Ocean, when viewed from Goggle Earth show the current islands of the U.S. state of Hawaii as seeming tips of a submerged enormous mountainous island. 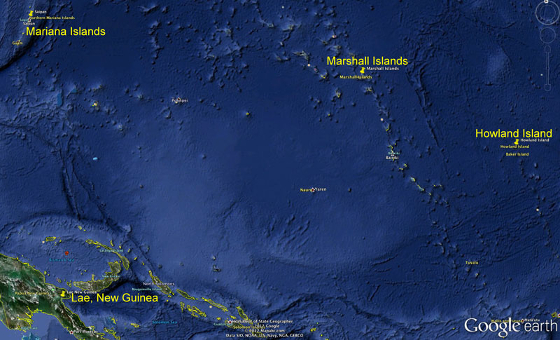 A prehistoric map of the lost continent matches the exact boundaries of the Pacific Plate, a cartographic record that existed long before geologists even knew of the undersea tectonic plate's existence.

The map places the capital of Mu just north of present day Maui, near the center of a vast continent that stretched from Australia to the Rocky Mountains.  Detailed renderings of the lost continent of Mu and Atlantis were found on stone tablets in almost every prehistoric ancient society in the South Americas, Mayans and the Aztecs.

The myths and traditions of India have historical scrolls accounting for "the three continents that were;" the third was home to a race called the Danavas. An immense continent, east of India was home to a race of sun-worshippers, the proto race of the prehistoric Egypt, whose country was destroyed by volcanic cataclysm and sent into the ocean depths.

The remains of the Kingdom of Mu emerged as Indonesia and the Pacific islands, while the few survivors straggled on to the Indiam subcontinent by rafts, where they evolved into the elite Brahman caste.

From American Indian Hopi legend: 'Down on the bottom of the seas lie all the proud cities, the flying patuwvotas, and the worldly treasures corrupted with evil . . ."

According to the oral tales of today's Pacific Ocean island residents, escapees of the Mu continent disaster hid inside the earth, hollow earth becoming a legendary mystery as a pocket universe or quantum dimension--which may indicate what a fourth dimension actually may be.

The earthbound survivors crossed the ocean on makeshift rafts, using the island tips of the submerged mountains as their navigational waypoints on the way to the South Americas. The same story of finding dry land among the survivors of MU is identified as the Popul Vu epic of the Quiche Maya and the Modoc tribe near Mt. Shasta.

Researcher James Churchward used to serve as a soldier in British-occupied India and was befriended by a Hindu priest (rishi).  Getting the confidence of the holy man, Churchward was shown ancient tablets that described the existence of an ancient society located in what is now the Pacific Ocean and was described as the  “motherland of mankind.”  Churchward wrote speculative books on the subject like ‘The Children of Mu’ (1931), ‘The Lost Continent of Mu’ (1933) and ‘The Sacred Symbols of Mu’ (1935) all hypothesizing the possibility of the Mu people as an ancient Vedic-Asian race. 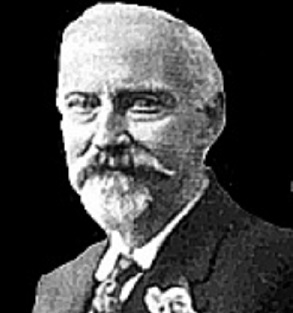 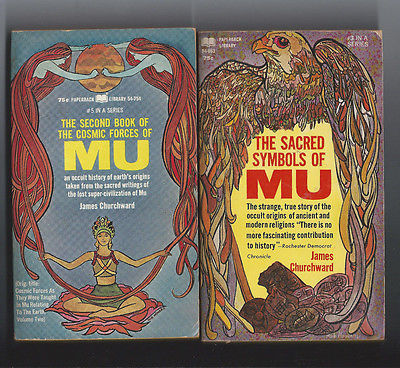 Churchward claimed that Mu was the common origin of the great civilizations of Egypt, Greece, Central America, India, Burma and others, including Easter Island, and was creator of ancient megalithic architecture like the pyramids and the stone fortresses in Asia and in the Indo-Thai geographical area.


Modern Science Covers Up for Existence of MU

Geological science refutes the existence of any Pacific Ocean submerged secret continent because of the supposed geological traces that should be detected if volcanic activity did occur to cause any continent-size land mass to sink into the ocean.

The closest thing that anyone can put together to scientific fact is looking at the islands now in the Pacific as tips of what used to be larger land masses if the seas rose 350 meters to their current levels.

There should be traces of all the ancient cities underneath the water if they were submerged around the current location of the Marianas and Hawaii.  The fact that some submerged ancient cities do show up, like the Yogisuki pyramid steps.  This makes it plausible that the surrounding undersea sediment swallowed most of the physical evidence—so a deep earth, radar scan of the ocean should come up with something of made in the future.


A radar scan revealed that the giant heads of Easter island were actually connected to a submerged stone body and more stone formations buried underneath eons of earth embankments.  The end of the last ice age we know now was a very rapid event, and 12,000 years ago the world’s oceans were 350 meters lower than they are today, thus, low lying land from that time would now be submerged.

Radical science-geologists (called Catastrophists) believe a continent called Pacifica existed within the last 100,000 years, and that its fairly rapid submersion caused mountains on the perimeter to rise and created hundreds of volcanoes called the Ring of Fire. Sea levels worldwide were disrupted as water rushed in to fill an enormous basin created by the sinking and caused oceans to drop hundreds of feet. 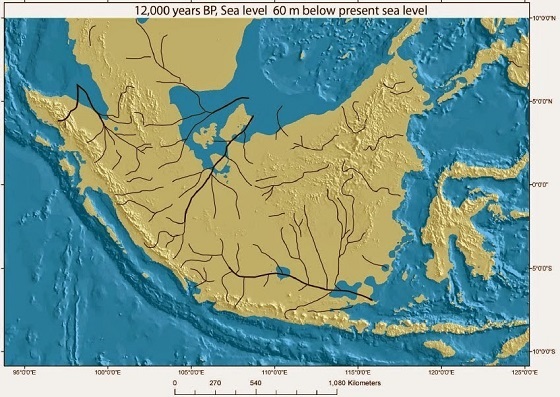 If it is possible to get any more detailed evidence about the lost continent of MU, the last repository of texts may be the library vaults of the Tibetan monks and their Hindu counterparts in India.  Until then, only a radar scan that can be open source utilized by the public and amateur researchers just like Google Earth is used by amateur and pro archaeologists for finding buried pyramids in the Middle East and in other parts of the world may finally prove if the continent of MU or the Kingdom of Lemuria is a fictional tale or an actual account, still remembered via oral tradition by the current descendants of that ancient society.
unravelling mysteries, lost kingdom of mu, vedic texts reveal mu, sanskrit mu kingdom, pacific ancient kingdom, prehistoric cataclysm, the great flood