Home  »  Muscle Machines  »  The Armageddon Truck: In the Age of Disasters, Own One

The Armageddon Truck: In the Age of Disasters, Own One

October 16, 2015       Muscle Machines
The Armageddon Truck
Not Just the Ultimate Pimp Ride But
Your Lifeline When SHTF 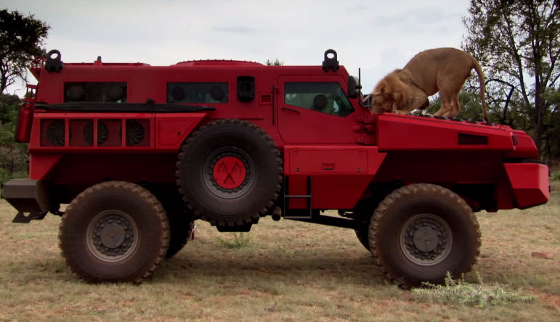 Vehicle manufacturers like the Paramount Group are into the
survival truck market for civvy's.  By ramping military-spec trucks
into luxury armored SUVs as the ultimate pimp ride: the Marauder
With an extreme event as big as a direct hit from a coronal mass ejection looming this year, or a Mad Max post-Armageddon possible any time in this decade, you don't wonder why people are prepping like crazy or living off-grid to avoid the abattoir of an urban setting where Mad Max things will be the worst when SHTF.  A wise person has said "We are three missed meals away from anarchy."

If you know people will really turn a city into a lawless kill zone if the lights go out and food runs out and no one can restore normalcy, start rethinking about that SUV or full bed truck purchase you were planning. Current “survival” trucks on the market may protect you better from an unstoppable mob of undead cannibals or Mad Max maniacs riding shotgun to rape and pillage what's left of everything.

Ride in Style When SHTF

Survival Trucks or Armageddon Trucks are designed to keep you safe in ANY natural extreme situation like super-typhoons or evacuations from disaster areas.  Some practical folks today are getting SUVs and Half-bed trucks (called pick-up trucks by Filipinos) for possible emergency vehicles that also double for business and commute riding.  Unfortunately, with space limitations, these vehicles can only stock, at most, a few week's worth of survival supplies until you reach your safe haven if forced to evacuate or bug out during disasters. 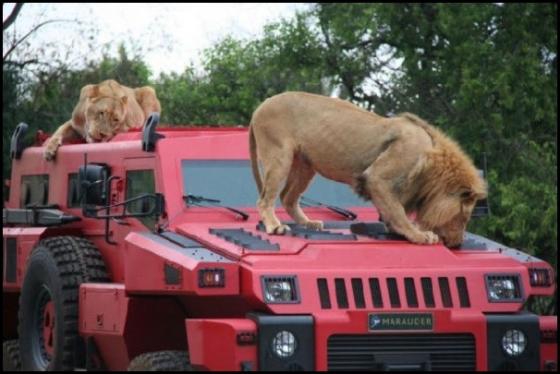 The Marauder is a South African military APC with a civilian
version just like Humvees.  The civvy version costs $US 400,000
and weighs 3X as much as a Hummer and can survive mines
and improvised explosive devices as well as extreme weather.
Buying an RV camper or what the Brits call a caravan can tide you in most situations.  But a truck customized to be an RV to survive extreme situations has become a very lucrative business.  If you can rig one by yourself with Open Source blueprints for cheap, bully for you sir!  There are proven and tested survival trucks sold all over the world including trailers that convert into living quarters once you're set to camp. Living on the road in an Armageddon Truck, using survival and prepper skills, a family can live off the land and stretch those two years to however long it takes to find a safe community like that TV series, Defiance.
The price of safe escape into the boondocks or some remote beach safe haven is steep.  Your own vehicle platform can cost you anywhere from $100,000 for custom builds just for armoring up the truck. If you want the luxury armored SUVs, the price tag runs to $600,000 at the minimum.  Eastern European luxury brands like Dartz Motorz Pombron and South African rigs like the Marauder are among celebs' top picks for a 'Pimp-my-Ride' Armageddon Truck. 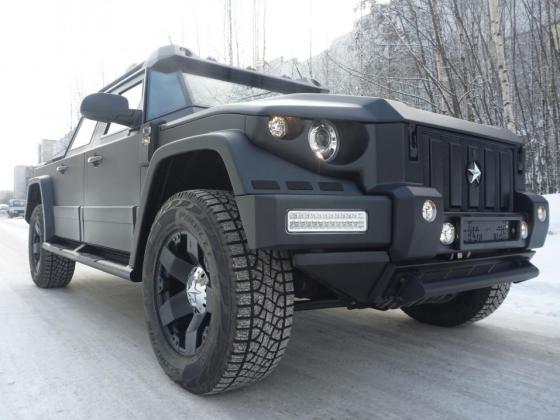 This is a Latvian marquee: Dartz Motorz's Pombron Black Russian,
is a luxury armored SUV built to survive the extreme winter
conditions of Eastern Europe and the U.S.   This is a military-spec
truck converted into a ultra-luxury armored SUV.
Doesn't that buy you a fleet of used Porsches and Lamborghinis or even SUVs to Mad Max like the shit?  Or a time-travelling De Lorean?  You wish.

When the grid goes down, after a week at the most, you'll see hungry mobs searching house to house to loot and feed and arm themselves and stop being humans...the cost of a survival truck might be worth every penny more than that thin-sheeted SUV you were planning to get for family trips out of town.
muscle machines, armageddon truck, custom buitl survival truck, biohazard vehicle, mad max, apocalypse now, disaster excape vehicle, dartz motorz, paramount group