Home  »  Arts and Culture  »  Your Eternal Summer of Bollywood

Your Eternal Summer of Bollywood

March 10, 2016       Arts and Culture
The Summer of
Bollywood
...is where Indian princesses shimmy-go-go
with hip-hop, hardbody heroes in every movie 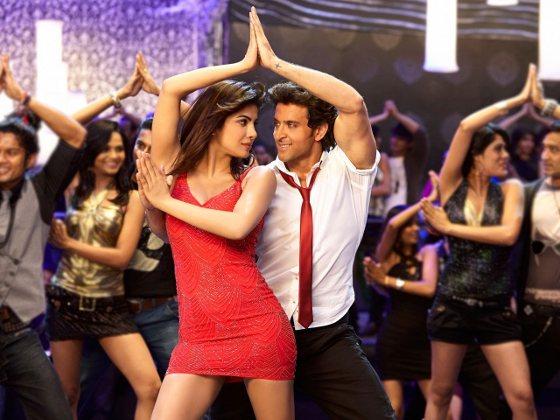 Comic book superheroes dancing in the middle of the movie?
Only in Bollywood films!  A scene from the Krrrish 3 movie.

It's always summer in Mumbai, the film capital of India (over 1000 movies made and released every year).   Everywhere else in the world it's the perfect time for Bollywood marathons.  Or Bollywood parties.  Cook a pot of Biryani and gyros and enjoy the sizzling dance MTVs within each movie.
Most of us wouldn't be caught dead watching soap operas from Korean dramas, local telenovelas and the like.

Even casual admirers of this movie genre eventually become the most devoted fans and go out of their way to find new and old Bollywood gems to treasure.  Bollywood isn't really much different from other Asian dramas or action movies.  Japanese horror-kitsch films and sci-fi movie adaptations of popular anime and novels, and Chinese / Hongkong Wu Xia cinema plus Korean romance movies all form the major subcultural Asian film genres that many movie fans are interested in outside of Hollywood.  All of these provide their own flavorful style and movie experience.

If Oriental cinema offers over-the-top, artiste fight choreography and tragic romance, Bollywood has an Indian debonnaire, James Bond-like hero with a belly dancing goddess, both doing hip-hop and ballroom in every film offering and is as wildly passionate.  Bollywood films recapture much of what Hollywood musicals like Grease used to offer.  A romance movie with song-and-dance skits inside the story.

Song-and-dance by grown men and goddesses of Indian cinema in eye-candy MTV productions are raking in the tills not only in India but among aficionados of one of the world's most beloved guilty pleasures.

Here is a look at some all time favorites Bollywood films: 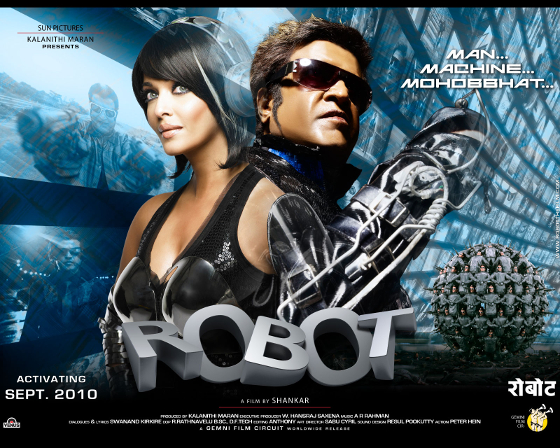 Endhiran the Robot is India's modern sci-fi story of a cyberdroid soldier who finds the heart to save the world and fall in love at the same time.  Robot is the most expensive film in India's Bollywood history so far, and stars Rajinikanth, India’s most popular hero-actor, and the gorgeous Hollywood veteran, Aishwarya Rai (a former beauty queen and Miss World India).  Robot's story begins with Dr Vasi [Rajni] an artificial intelligence scientist working on a cyber-soldier designed for the Indian armed forces.  His work for ten years culminates in Chitti, his AI doppelganger, who Vasi tries to program with the help of his girlfriend, Sana [Aishwarya].  When the nefarious, Dr Bohra, a treacherous back-stabbing co-worker tries to build a similar soldier robot army for a secret plot to rule the world, who else saves the world?  Cyber-doppelganger with a heart. Great huh? You betcha.  While Chitti, an almost indestructible, one-man army-corps deals with Dr. Bohra's vicious schemes and evil soldier robot army, he eventually falls in love with Sana.  All in a day's work saving India and the world. 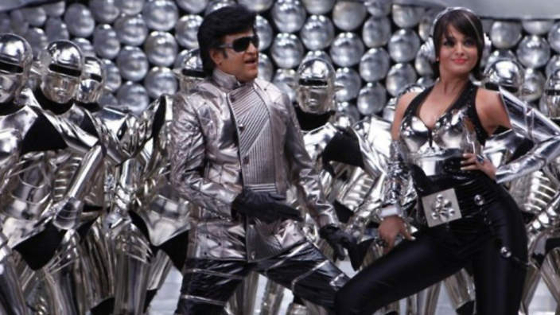 Chitti (the Robot) dancing with the girlfriend of his inventor/professor,
Sana ( Aishwarya Rai Bacchan).

Unforgettable moments:  Chitti, the robot running sideways on a train.  The robot talking to mosquitoes while in ‘Mosquito mode.’  Chitti falling in love with Sana like an Indian Pinocchio who comes of age.  Aishwarya is like the CW's Krisitn Kreuk, a fan-favorite princess that even Robots would be smitten with.  There is nothing comparable to watching Aishwarya Rai sing and dance in a Bollywood film.    And there are 1000s of Bollywood movies each year, all with Indian princesses as gorgeous as Rai.

This is blockbuster is an example of the Hindu, temple-hero movie genre in Bollywood.  Badrinath features the voluptuous Tamanna as the bellydancing heroine and Allu Arjun as the hardbody hip-hop hero. 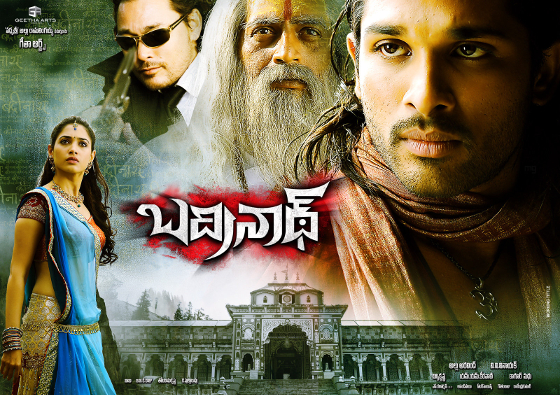 In the movie, a revered guardian monk, Bhishma Narayan (Prakash Raj) trains kids into warriors for their sacred temple in the Himalayas.  Badrinath (Allu Arjun) is born into one family of shepherds and his physical skills and bravado strikes Bhishma like a Biblical David getting anointed by the prophet Samuel.  So he takes Badrinath under his wing and trains him to be a hero.

Badri develops into a formidable warrior and is appointed to protect the Badrinath temple with his life and stay an ascetic guardian, disavowing any romantic interludes with women as part of his oath as temple warrior. 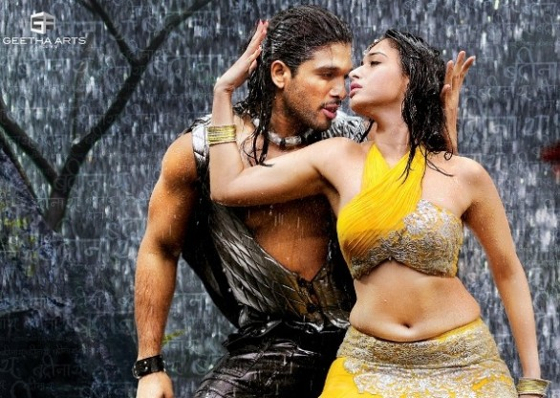 Unforgettable moments: Allu Arjun (dances, fights and performance) as one of those hardbody temple heroes women swoon over.  The epic vistas of the Himalayas and over-the-top fight scenes that used to be a staple of Philippine action movies are all good stuff you shouldn't miss.

Krrrish 3 ( 2013 )
Krrish is a comic book movie about a hero named after an Indian deity.  Our handsome superhero, Krishna, played by Kangna Ranaut (the son of the movie director ), fights evil bio-mutants to save the world.  With bellydance and rockabilly song and dance numbers included.

In this film, Kaal [Vivek Oberoi] is an evil genius who bio-engineers a cadre of India's most nefarious superpowered goon squad: Chameleon Kaya, Rhinoman, Antman, Frogman, Cheetahwoman, Scorpionwoman.  All with requisite disgusting and ridiculous B-movie powers. 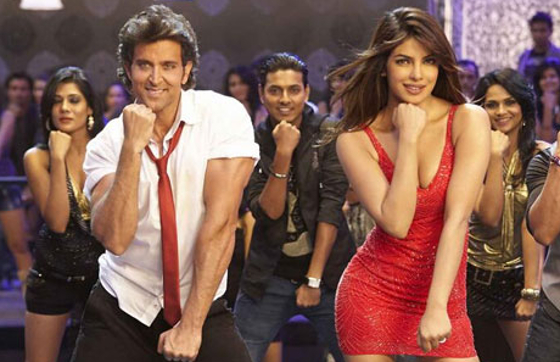 Priya and Krishna go all-out curvy dancing just like Newton-John
and Travolta.  Bollywood may be the only film genre where all films
have song-and-dance scenes embedded in each 2-hour film.

Krishna [Hrithik] is living a happily married life with Priya [Priyanka Chopra], while Rohit who si Krishna's mentor scientist is working on a steampunk contraption that can bring plants and possibly humans back to life using the healing powers of sunlight.  While Krishna as Krrrish fights the bio-mutant villains, he is killed but his mentor manages to resuscitate him back to life with the solar healing machine and help Krrrish defeat the malodorous Kaal and his henchmen. 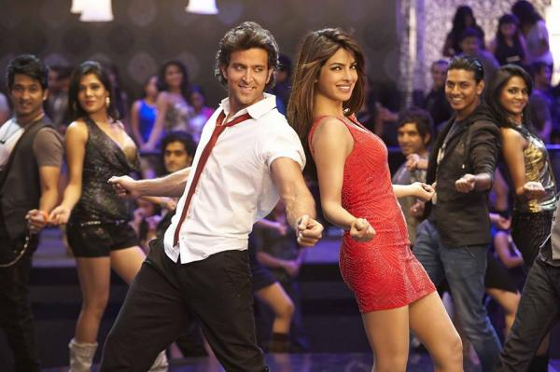 Even with comic book superheroes belly dancing and shimmy-go-going,
fans can't have enough of the Good Stuff in Bollywood movies.

If you thought Aishwarya Rai was gorgeous, wait until you see Priyanka Chopra sing and dance rockabilly!  Both she and Kangna Ranaut make for the deadliest and most beautiful couple for a superhero movie.


Bahubali ( 2015 )
This is 2015's top grossing hero epic war movie and already has a sequel in the works.  Bahubali, is an Indian epic hero romance that has some of the most beautiful vistas in Indian action epics.  Combining real scenery shots and CGI effects seamlessly the movie even showcases battlefield set pieces that rival Lord of the Rings and even Chinese Wu Xia war movies in scale and CGI excess.  And cheese. 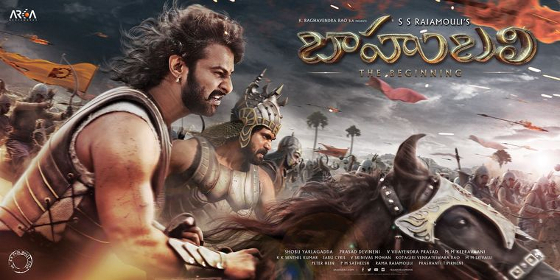 Bahubali is directed by SS Rajamouli, who attempts to prove that Indian war hero epics are as good as Hollywood and Wu Xia-styled medieval, military movies.  The story starts with a baby surviving all murderous odds and getting smuggled out of the corrupt kingdom of Mahishmati to be raised by Shivan devotees in a rural tribal village located at the foot of a waterfall.  Like Moses.  But in medieval India.

The baby grows up to be Shiva (Telugu star Prabhas),  the Bahubali: a prophesied messiah hero with god-like strength, courage and honor.  His physical training includes scaling up a waterfall on the downpour side using handholds and footholds on very slippery and sharp rock protrusions.  While doing this macho rite of passage, Shiva encounters Avanthika (Tamannah), a female warrior and member of renegades out to overthrow the corrupt rulers of the kingdom.

The classic alpha-alpha Bollywood hero pursues Avanthika as his beloved.  In one memorable scene, Shivadistracts her with a snake, scaring her into keeping still, while he henna-tattooes her shoulder with a flower that seamlessly links to his own flower vine tattoo when they embrace.  Can\'t get cheesier than that folks.

During one of their chase scenes where Avanthika is allowing Mr. Bollywood hero to chase her so she can catch him, Shiva undresses her systematically in a fight scene between lovers-to-be, culminating in their first tender moment together.  After the ritual song-and-dance MTV mating ritual. 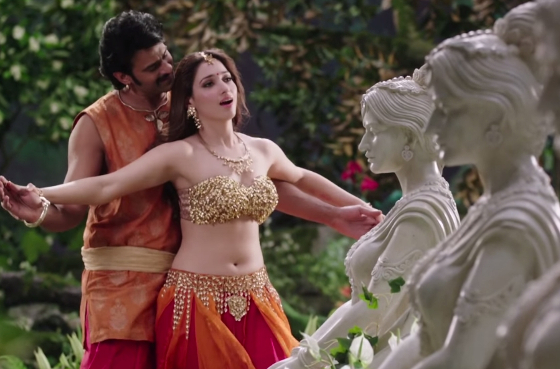 Avanthikka and Bahubali have a mating dance ritual in
true Bollywood style.
Once they consummate their affair, the second half of the movie goes back into the past to show a story of the royal throne usurped by a corrupt prince who takes over the throne.  When soldiers of the kingdom give chase to Shiva for creating a disturbance in the royal city freeing his chained queen mother, our god-blessed hero steers them into an oncoming avalanche that impossibly sweeps the entire pursuing army down the mountain. Shiva thus escapes while saving his mother.  No matter how contrived and impossibly corny this looks, you still give the movie props for daring such a feat.  Good cheese deserves more.

The highlight of the film is the siege of the royal city by the nasty tribes with Shiva and rival Rana, each flexing their fighting skills in an impossible one-man-army-corps slugfest that include rampaging chariots and expert archery. 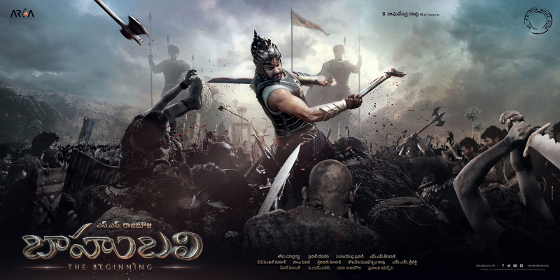 Indian actors are endearing when they go through great effort to wow us movie fans with everything good about their cultural heritage.  That includes epic romance that ends in happy endings (Wu Xia from Hong Kong and China prefer tragic romances), plenty of 'Grease' inspired song-and-dance that behooves even Hollywood veterans.

No one will ever top song-and-dance movies anymore with Bollywood around.  Indian movies never take themselves too seriously.  Otherwise, no one would be dancing, nor singing like gods and goddesses in love.  Women watch it to swoon over the alpha-alpha, tall-dark-and-handsome heroes.  While guys watch it for Aishwarya Rai and Priyanka Chopra and all the Indian sweetheart princesses there are.

Bollywood is something both guys and women can watch together and enjoy, not like western chick flicks.  Those are always the worst.  You won't find yo-yo men in Indian cinema.  Only alpha-alpha hardbody heroes and dancing sweethearts.

You can find Blu-Ray and DVD copies of these movies in online retailers like Amazon if you want to sample them or build a Bollywood movie collection.