Set Up A Solar Battery Bank In Your Home

The year of the Yin Fire Rooster 2017 heralds an opportunity for fresh starts for everything.

Getting less dependent on the local power grid is one thing every home must plan for.  Solar energy power home installations are considerably getting cheaper in the next 5 years.  Solar energy providers in the U.S. have just confirmed that solar off-grid home-improvement set-ups will become cheaper over the long run over staying connected to the power grid. 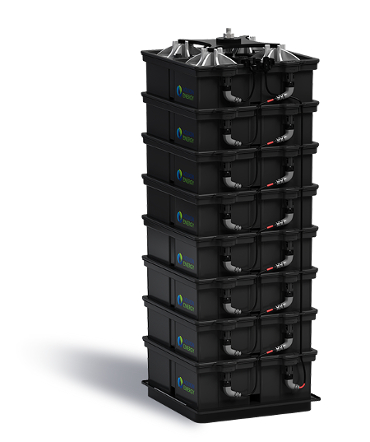 Image Source: aquionenergy.com
A stack of Aquion's "saltwater" storage batteries:
The size of your stack depends on your solar
cell and home power use.

The only reason for staying on the grid is to keep your solar battery-bank charged during the night, all-year long.  Because you can only power up your system when the sun is out.  Even that minor problem is being remedied by more efficient solar cells that can generate more power and better power bank, battery storage technology being available sooner than doubters think.  Graphene solar cells are being developed faster than you think and some are even configured to use the kinetic drops of rain on their surface to produce electricity. 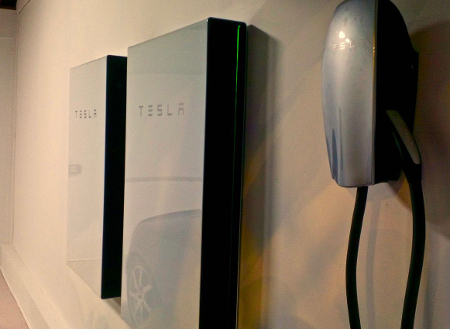 Image Source:  tesla.com/energy
Tesla's popular Power Bank battery for solar.
Advantage of a Home Solar Battery Bank
For a home power system, solar battery banks can store the DC current generated by either your home solar or wind generator (as well as your power grid DC connection) into AC power.  When your bank is juiced up, you can use it instead of your grid connection to reduce power bills.

The cost of solar systems have become more affordable for everyone from a small business user to a small or median income household because of market forces pushing the technology to be available in everyone's home.  Chinese manufacturers are competitively pricing quality solar cells and battery storage to allow even their own people to convert to solar as soon as they can manage.


Video Credit:  Energy Matters
Tesla is a brand in the U.S. that is heavily promoting the conversion of all power generation to solar off-grid solutions but it is still expensive for the average Filipino home at up to $5000 for a Tesla Powerbank to be set up in a Filipino home.  The brand has no local official presence largely because of an oligarchy monopolizing the local power grid.  Instead the local power grid is offering its own solar installation package for a premium for middle-class homes.

Still, Filipinos can reduce costs incurred from using the national power grid by setting up a sizable power bank in your home using cheap storage batteries--there are China branded units that can offer as good utility as western brands and install solar cells on their rooftops.  You can choose from the cheapest:  rechargeable lead-acid batteries, to more efficient lithium-ion storage, to green state-of-the-art low tech "saltwater" batteries for safety and reliability.  In the future, graphene batteries and solar cells will be available at the retail home user level too.

Tesla has offered all of its patents on solar battery banks and motor vehicle hybrid power as open source so that the community of solar power enthusiasts and research labs can feed off what they have already done and fuel more development and improvements.  Cheap solar tech power banks should  encourage DIY hobbyists to adopt the technology and create a wider user base.

Remote communities like seaside fisherman hovels or mountain enclaves of indigenous tribes are settlements that can have self-housed power generation if there is no means to connect that geographic area to the local or national electricity grid.

Stand-alone power systems may include solar panel arrays on the roof or wind turbines, a battery bank, inverter, battery charger.  At the moment, diesel fuel emergency generators are what most Pinoys are used to for back-up power.

Battery banks may be the single most important component of a stand-alone, off-grid power system if they become cheap enough to power small homes and small communities

Your investment in a power bank array of solar batteries must be computed off the cost of power you consume in your home during the typhoon season in the Philippines because it is during this time that most areas lose power when the electricity grid is shut down or severely damaged by storms.  You may need storage to cover a week at most of power outage.

The kind of DC converting equipment you have installed (solar or wind) and physical limitations where your solar battery bank will be placed should also affect your set up. 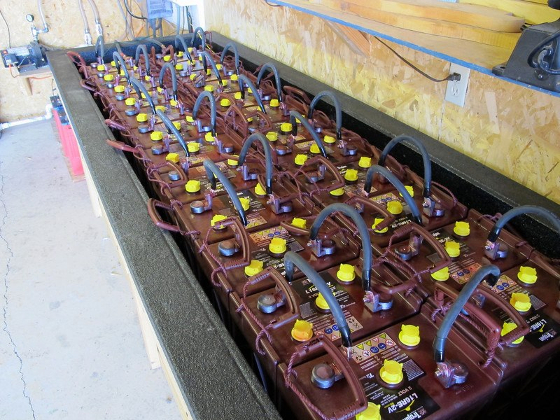 Battery banks should provide a number of days’ energy reserve — three to seven days is the usual output most average homes require.

In the Philippines, not everyone is a DIY knowledgeable person so you can get a licensed professional electrician to help you install your own power bank so it is set up properly and avoid any situation where battery fumes can cause an explosion or any wiring problems.

Domestic-sized fuel cell generators can also produce electricity and heat for your home. They consist of a complete fuel cell and grid connect system in a unit about the size of a washing machine. They can be used to provide power during a grid power failure. Fuel cells are very much more expensive than other forms of generating green energy.  They depend on converting hydrogen into electricity but are designed to operate at a lower temperature and can be installed indoors or outdoors to power, homes, small businesses and even data center facilities. 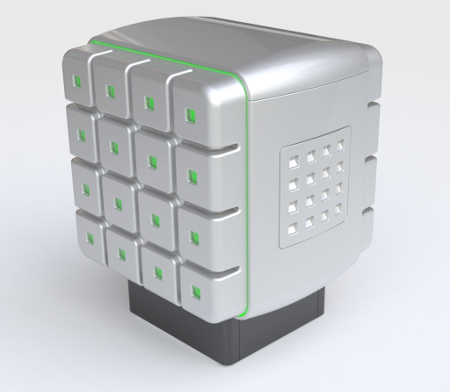 In any case, the power bank battery storage you put together in your home should be the smartest investment you make.  Expect the most out of your set up and you might enjoy your off-grid survivability sooner than you think if you are based in the Philippines which is beset by strong typhoons capable of knocking out the power grid several times over the course of  a year.
tech buzz, solar battery bank, battery array storage, tesla power bank, tesla solar roofing, battery bank emergency power storage, hybrid fuel-cell generator