The James Webb Space Telescope: Finding the Secrets of the Universe Soon 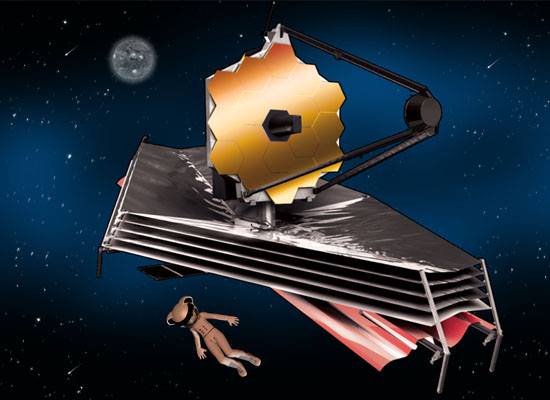 The Cooler Side of the Spacecraft Telescope with the telescope mirror
and sensor array, a rather unusual design compared to previous
space telescope designs by NASA

The James Webb Space Telescope is rigged with special equipment and sensors that are designed to reveal the story of the formation of the first stars and galaxies in the Universe.

The new NASA Space Telescope was designed specifically to detect the remaining trace energy signatures that would indicate how the first stars and galaxies formed after the hypothetical Big Bang.  Physicists theorize that right after the Big bang, the Universe was a very dark place and how all that scattered energy, debris and gravity forces in space coalesced to form the first stars is of particular interest to space scientists.

Theory predicts that the first stars were 30 to 300 times as massive as our Sun and millions of times as bright, burning for only a few million years before exploding as supernovae.  That era, when the universe was a billion years old, is described as “the epoch of reionization.”  Reionization is an important phenomenon in our Universe’s history because it provides our space telescope with a way to study these earliest stars.  But scientists do not know exactly when the first stars formed and when this reionization process started to occur.  Additionally, the first stars that exploded as supernovae might have collapsed further to form the first black holes.   The NASA Webb Space Telescope will try to identify: When and how did reionization occur? Also the question of:  What sources caused reionization? And: What are the first galaxies that we can see now around us which may also be the first sources of intelligent life.

To find the first galaxies, Webb will make ultra-deep near-infrared surveys of the Universe, and follow up with low-resolution spectroscopy and mid-infrared photometry (the measurement of the intensity of an astronomical object's electromagnetic radiation). 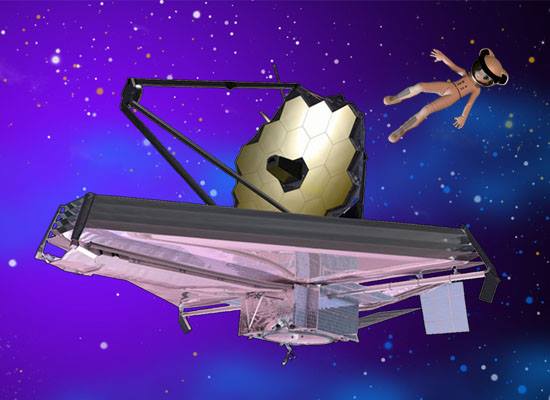 The Heat Shield side of the Satellite protecting the Cold Side
where the telescope is located, an unusual design.
curious mind, james webb space telescope, nasa, long range infrared scanners, , dark matter scanners, radiation scanners, discovering secrets of the univverse