Cats: The Good, the Bad, and the Fluffy

Cats :  The Good, the Bad and the Fluffy

Growing up with a lot of dogs, one would expect me to become a "dog person", or one who prefers dogs than other pets. But ever since ever, I was always interested in having a cat or two, or TEN, but unfortunately with all our dogs at home before, I couldn't own one... Until, when I moved out, I adopted a stray cat. 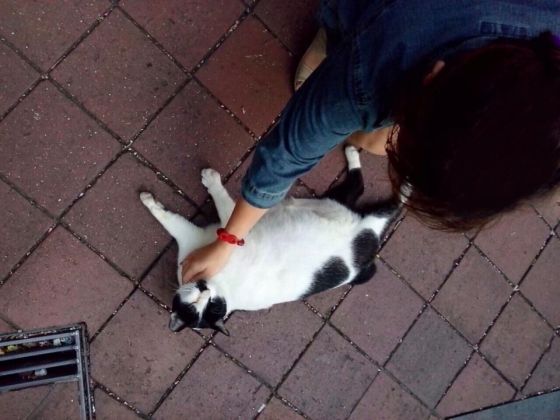 Unlike dogs, cats are naturally independent creatures. You don't really have to take them on walks, but you do need to have a bit of space in your home for them to be able to exercise. Also, you can't really train a cat unless you've become super close with each other and he has claimed you.
It may sound a bit perplexing or tiresome, but once a cat "owns" you (because you can never really "own" a cat you see), he may treat you with cute little paw massages, an awful lot of purring, happy little squinty eyes, and maybe a love offering or two.  Okay, maybe the love offering may consist of dead animals which may be a bit on the creepy side, but think of it as a gift they don't know, you don't like. 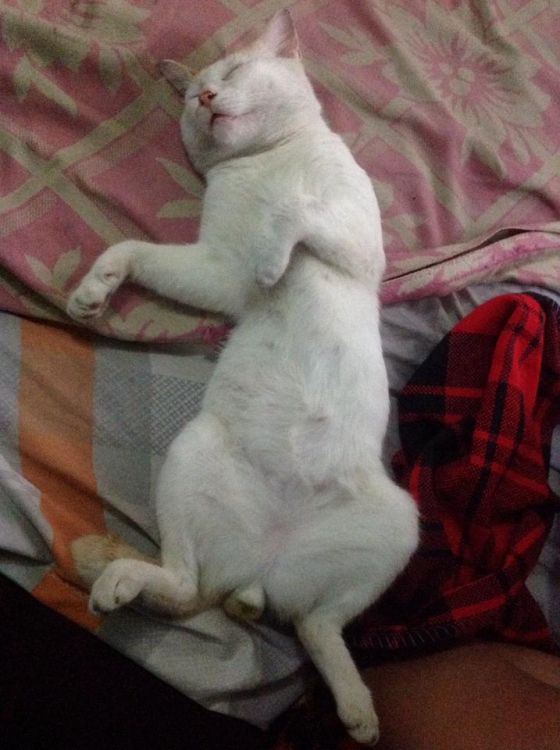 My pet cat can sleep anywhere he wants, and when
he does....I try not to bother him.
The good parts of owning a cat in my opinion are probably how low-maintenance they are. You don't really have to bathe them as much as dogs, especially if they stay indoors. Sometimes they even give YOU a bath!  They are usually creatures you can leave alone for most of the day to do their own thing like sleeping, unless they might be those specific expensive breeds that get a bit lonesome when left alone, which are very few. They are also very smart, which means that they can communicate with you on a certain level on what they may need, like acting as an alarm clock in the morning to get you to feed them, or going to the door and mewing if they want to go out.

Baby Persian cat by a friend, looking precious, despite
the tons of mischief he's destined to bring.

Toys are one of the things that are a bit difficult to gauge with cats, because just like people, they have their own preferences. Most cats like boxes and scratch posts, and some would go with expensive toys like Wind-up mice or laser pointers. On the other hand, a few cats prefer plastic bags and feather dusters, maybe bits of cheap string, or a rubber prank cockroach toy. 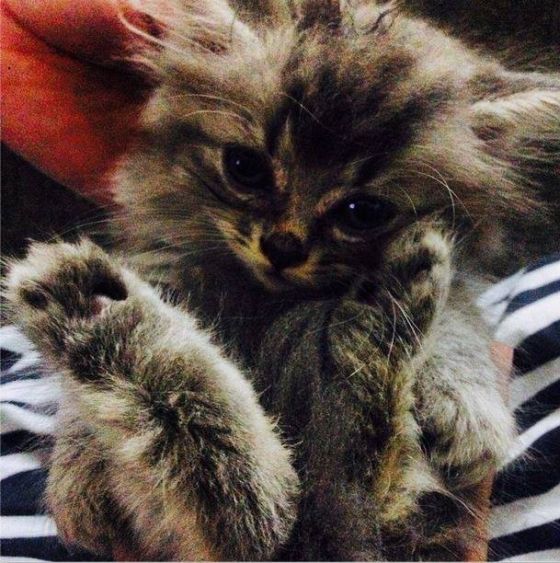 Another baby Persian cat, from a litter from my friend's pet family.
But of course, there can be a downside to owning cats. The most troublesome one probably is having to maintain a litter box full of cheap sand, hamster bedding, or shredded newspaper. Their poop really stinks, and if you have an indoor cat, so will your house if you don't use litter boxes with deodorizers. Another downside would also be their persistent smarts.  It's good that they are smart and all, but having them learn a few tricks means that they can open latch doors you don't want them going into, climb stuff you don't want them climbing, or playing with things you don't want them to mess around with.  And they will play with anything if they learn how to gain access to your stuff. 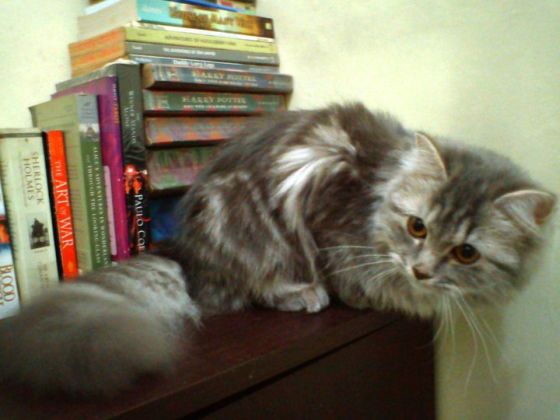 Cats hanging out where they're NOT supposed to hang out,
but they're cats so they hang where they like. 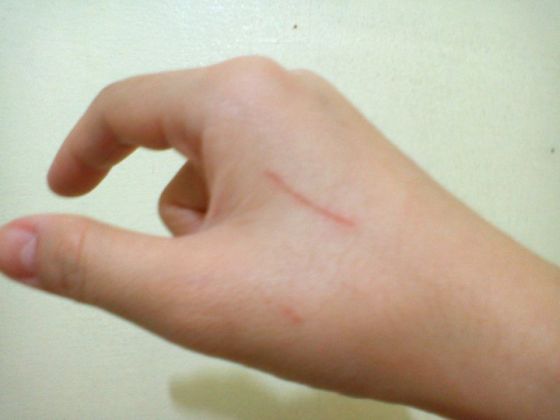 Once they OWN you, they remind you that they OWN you...
love marks on what they own.  My friend's scratch marks...

But all in all, cats are gentle, loving and mellow creatures, and sometimes they can be very playful and energetic, and they can also become little tricksters or cute angels.  In many ways just like most toddlers are. But with cats, you won't really have to worry about them growing up.