July 25, 2015       Curious Mind
Sports Biometrics Makes Waves in the NBA
Preventing Injuries and Playing Better
Because of the Big Money lost when star players are DNP or sidelined because of sports injuries, the desire to optimize player performance over the course of a grueling season going into the playoffs has forced the hand of NBA owners, general managers and the NBA top brass to actively use sports biometrics technology to help their franchises perform better. 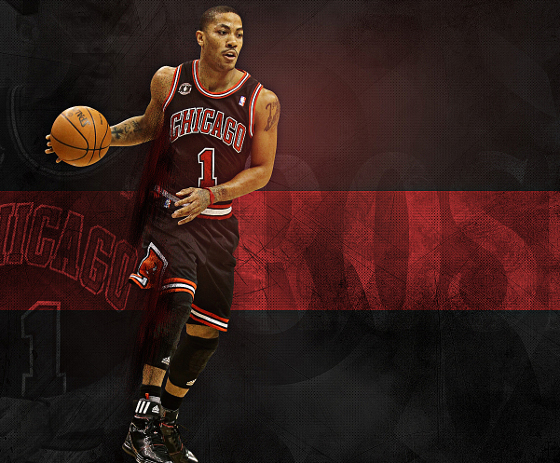 Oft injured player Derrick Rose is an athletic dynamo who could
have benefited from early adoption of sports biometrics tech
which measures stress levels and tracks player movement in-game.
The NBA is now getting into sports biometrics like Euro Football clubs.

According to a recent study by Rotowire, the average NBA team hemorrhages about $10 million in guaranteed salary from games missed due to injury alone.

Using micro sensors to gather biometrics data such as heart rate, body temperature, analysis of blood samples from players, to measure endurance and exhaustion limits of each player, and even using motion capture videos to analyze human movement in-game, sports biometrics has come into its own as a highly advanced method for managing player performance during the NBA season.

Included as part of the team's training staff, individual player health data is gathered via medical testing, and non-invasive body patch sensors (measuring heart rate) to build a database that could be reviewed then prescriptive solutions are given for each player to allow them optimal rest and movement training.  Algorithms could be generated from each players' health data to provide the best pre-emptive treatment profiles.  To prevent injuries from being aggravated, avoid burn out due to exhaustion, improve nutrition regimens, and let players play their best.

The new, miniaturized technology is there to guide a player's sleeping habits, record his physical movements, appraise his diet and test his blood is now one of the most amazing wonders of medical science and biotechnology.

Before last season, all 30 NBA arenas installed sets of six motion capture cameras built by a firm called SportVU, to record the x- and y-coordinates of every person on the court at a rate of 25 times a second. The in-game data will be used to analyze injury prone scenarios on-court, as well as to optimize player's athletic performance during the course of a game—checking for cues for fatigue levels.


SportVU shows how the data captured from their motion fingerprinting
cameras can be used by NBA teams to analyze games and player
movement.  Other professional and even amateur basketball leagues
around the  world might find great use for this technology for
international competition.

NBA players do play different positions and move different from each other.  Each player may encounter different injury scenarios.  Player tracking on-court is measured better with sports biometrics using motion fingerprinting, so that they play their best and not peter out.  Soon, even player substitution patterns will be improved and gone will be the days when players are substituted only when they are tired on-court.

Video is all rights reserved to Grantland Channel and You tube
Movement data and patch sensors all help out to measure player performance during the course of a gruelling 82 game regular season.  All that data will help a coach pace his players in practice and during games.  If this sports biometrics data gathering and utilization were available 3 decades ago, it may have prolonged many superstar players' careers.

Rest is no longer an overlooked part of any professional athlete's health regimen.  Even play-off teams now actively use motion-detecting monitors, from wristbands to watches, to the so-called 'patch' sensors to help players get enough sleep during the course of the long season. 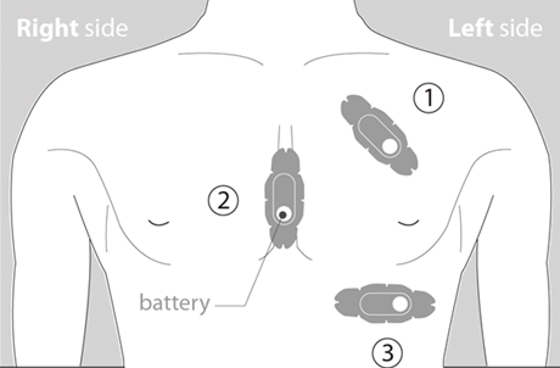 A biometrics patch for recording player health data would look
like this and would not be uncomfprtable when fixed
on a player's body.

The most important use for such devices is that they remind professional sports athletes that their bodies wear out, and that they must take care of themselves if they want to play like NBA players.  More advanced skin-adhesive motion sensors, also measure skin temperature, body position and heart-rate variability (which is linked to stress).   These motion sensors can gather in-game biometric data to measure stress and exhaustion.  It may also be used when players are off-work to assist in optimizing practice training sessions, game performance and even rest and recreation options for each individual player.

Video is all rights reserved to The Creators Project Channel and You Tube.

In-game, exhaustion is also a main concern, and the sensational falling out between the Chicago Bulls and their former coach, Tom Thibodeau, resulted from issues about overextended playing time of injured players, and being unable to manage substitutions to keep the players healthy.  One sports biometrics company, SportVU partnered with Catapult, an Australian company that produces wearable GPS trackers that can measure fatigue levels during physical activity.  Catapult is now used by 13 NBA teams, including the perennial play-off contenders like the Spurs, the Mavericks, and the Bulls, who are keen about keeping their best players from burning out from exhaustion.

Is Biometrics the Holy Grail for Pro Sports?

The Sacramento Kings manager was quoted as expecting the creation of a vast predraft database of player DNA -- not just for looking at potential upsides, but for assessment of possible injury risks per player and prevention of harm to players accepted by the team.

If biological testing results in a program where athletes are identified via genome profiles and developed accordingly, would this be as good for everyone with a dream or would you cull weak profiles from getting a shot at playing the big leagues?  We hope we just get the best games out of everyone who makes the grade.
nba sports biometrics, nba teams biometrics, player injury prevention, measure athletic performance, measure athleteic fatigue, improve game performance, privacy issues, health problems, player preferences, playing better, sports plus