Oriental Frills: The History of the Satinette Pigeon Fancy

June 24, 2014       Pigeon Talk
Oriental Frills:
Satinettes
You love Satinettes don't you?  They cost more than the regular Blue Bar that urchins fuss over, but less than the Holy Grail:  Belgian racers that win millions in local hobbyist club races.  Only thing about Old Frills, Oriental Frills or Satinettes is that they don't race or are not as keen as homing pigeons to fly home from 400 kilometers away, although Satinetter can fly home to their loft from a certain distance out.  But if you love Satinettes, you'll still pay a ransom to keep a hoard.  If SHTF happens, they might even be really valuable as barter goods.
You might want to know how these beauties survived to become top dog nee cute dove among the ranks of fancy pigeons so read on! 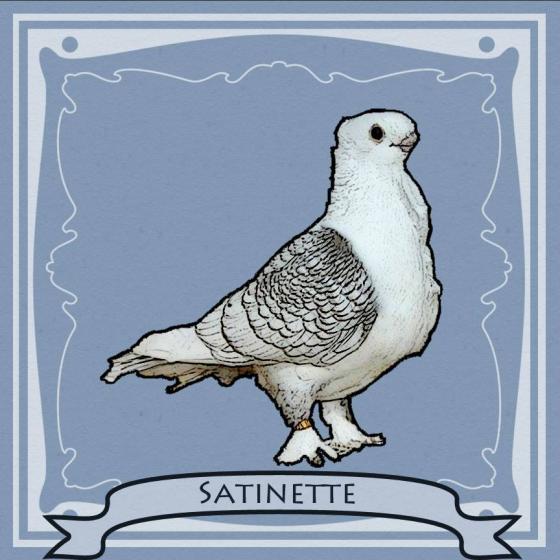 Asia Minor was traced to be the original home of the Oriental type of Frills.  The first African Owls were imported from Tunis in 1857, and European  fanciers had apparently not yet gotten hold of Oriental Frills as they were.  Five years later, English fanciers were offered the charming Satinette by Mr.H.P Caridia, a Greek merchant of Smyrna, who arrrived in the country with several pairs of Blue-laced Satinettes and Brunettes shipped in.
Fancy pigeons like the Oriental Frills have been around since time immemorial when the royal courts of kingdoms bred them for amusement.  And the locals did their best to ape their masters, breeding what they could.  Every type of fancy and homing pigeon has been slowly evolved by patient breeders over lifetimes, seeking the perfect progeny.  Breeding pigeons is a commitment to painstaking work and patience so that exact patterns and feather colors, as well as specifically defined physical characteristics will fix on the offspring of each generation.  And so it became for those who kept Oriental Frills alive as a breed.
For over twenty years Mr. Caridia was the recognized authority on Oriental Frill, and he finally left for Smyrna in 1884 to complete his research for his book on the most beloved of fancy pigeons.   Fulton's Book Of Pigeons, when it came out,  revealed that Satinettes (blue-laced) were the oldest pencilled variety traced  back as special inhabitants of Asia Minor back to 1750.  The oldest records indicating a Presbyter in Smyrna, Greexe:  a strong man of eighty years still keeping the breed in his twilight years.  This pigeon breeder even telling in his journals that the strain was bred and propagated by his father and by his grandfather.  The Oriental Frills in their region, (now called the Satinette) were regarded as of the highest type of pigeon beauty, and were in native opinion, a Royal or Imperial pigeon, the foremost order of excellence in breeding the bird.
As for the source of lacing, the most distinctive feature of the main branch of the Oriental Frills family:  three or more colours arranged in perfect and marvelous order and regularity upon every feather which should be coloured was perfected by breeding and crossing bloodlines over time.  A very patient and meticulous crossing and blending of the various colored specimens which bore the stamp and image in points of formation on their bodies so that a uniform color interval would appear on the bird's feathers.   All that loving trouble Just so you would see exactly how the Satinettes have their feathers color marked today---THAT was a deliberate and  intentional goal by the breeding program seeking after perfection. 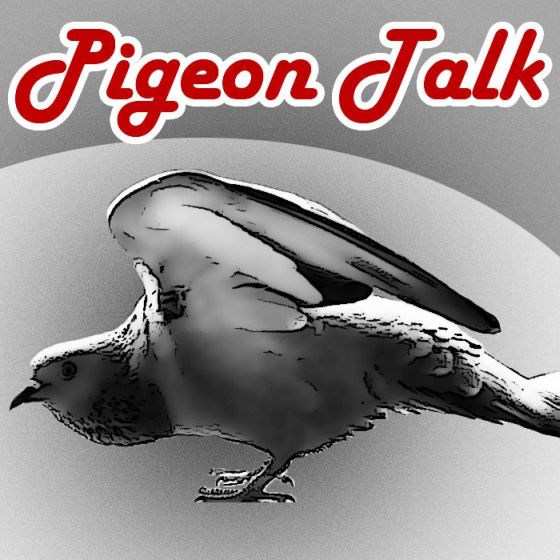