Home  »  Arts and Culture  »  For the Holidays: Russian Science Fiction and Fantasy!

For the Holidays: Russian Science Fiction and Fantasy! 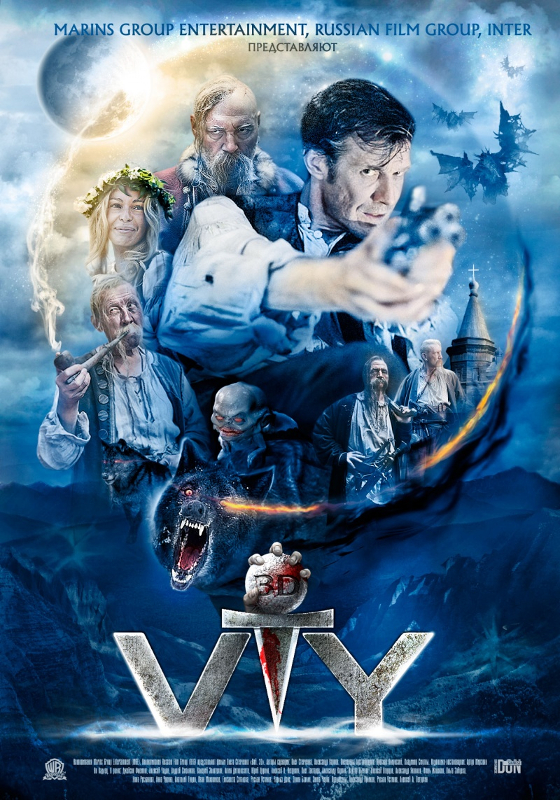 Russian science fiction and fantasy is revered by Western authors and academe but the general public are not really aware that some of the best movie adaptations of science fiction or fantasy out there are actually from Russian folktales or novels.  Let's look at some of the best stuff they have in genre fiction.  You might want to add some good books to your holiday gifts for yourself.

One of the pillars of Russian literature yet not as familiar as authors like Dostoevsky because of his more fantastika stories is Nikolay Gogol.  He may be one of the first Bizarro writers, a pioneer in absurdist fiction that plays in fantasy and folklore tropes:  Gogol's The Nose is a grotesque fable about a nose that detaches itself from a man and becomes its own being, while Viy is a surreal Ukranian folktale novella about an evil spirit that plagues a small Russian Cossack town. 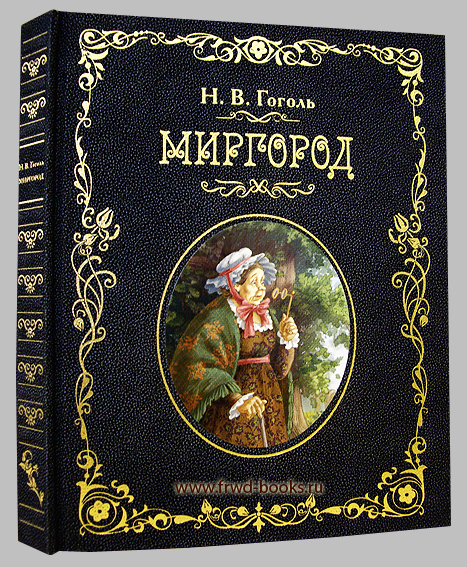 The Mirgorod book is available (in the original Russian Cyrillic) as a special-issue, embossed bronze, hardbound book from Russian book publisher, www.frwd-books.ru as pictured above.  Viy has been made into a movie twice, a 1967 Russian film and a more recent, 2014 co-production with British Marins Group Entertainment and the Russian Film Group Inter which was a blockbuster smash in Russia.

The film has spawned a sequel ( to be released in 2017) where the French adventurer that encountered the Cossack town in Viy is now traveling to China to encounter supernatural forces.

If you like Jules Verne's pulp science fiction, his Russian counterpart may be Aleksandr Belyaev.  Belyaev wrote many sci-fi novels in the 1920s, with his most noteworthy books being The Air Seller and The Amphibian. 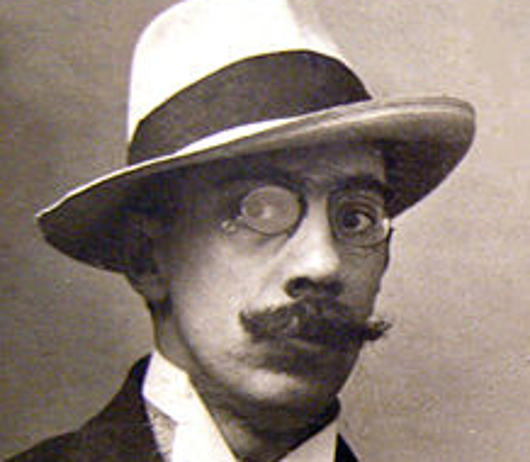 The Air Seller is about Bayley, a megalomanical businessman who uses a device, designed by a Swedish scientist named Engelbrecht, to siphon off all the earth's oxygen to create a shortage of breathable air so that he can sell off bottles of fresh air and control the world.

Behind this nefarious plot, western imperial capitalists are funding the entire oxygen deprivation operation and the Swedish scientist's daughter is held hostage against her will and used as a bargaining chip.  The Soviet Red Army will not invade the base where the air siphon device is doing its evil operations because any explosion might trigger a dangerous blast field that would level half of Europe.  The daughter commits suicide to allow her father to act in mankind's favor.  The Red Army is helped by a Yakut guide named Nikola find a safe passage to attack the base and save the world.  The book was popular enough to be translated into a 1967 Russian movie by Odessa Film Company. 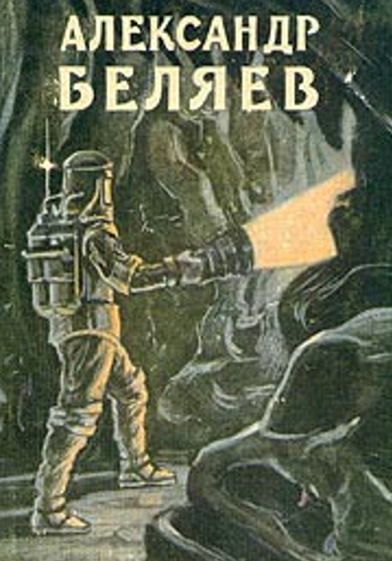 The late Strugatsky brothers, Boris and Arkady are famous for their book Roadside Picnic, a tale about aliens called Visitors, who visit six zones around the world and leave behind strange artifacts and anomalies.  Some of these leftovers are lethal to humans who discover the leftover detritus from the Visitor's "picnic" visit.

Also a popular sci-fi creation by the Strugatsky brothers is their Utopian-socialist future world setting: the Noon Universe, a future where an advanced race of space explorers called Wanderers and Gatherers are responsible for helping humans develop their utopian conditions.

The book where most of these stories are collected is called Noon: 22nd Century.  It is a cult favorite, sci-fi novel where an idealized Communist future is achieved and a futuristic sci-fi environment that the writers themselves hope they would live in if they could.

The influence of the Noon Universe was popular enough that the James Cameron movie, Avatar is said to have been inspired by its setting:  A similar planet called Pandora appears in the movie that is also a jungle planet with giant humanoid beings.  The giant humanoid race, Na'vi is said to have been derived from the name of a character in the Noon stories, Naya. The Strugatskys were gracious enough to allow the similarities to be and not accuse James Cameron of plagiarizing their stories. 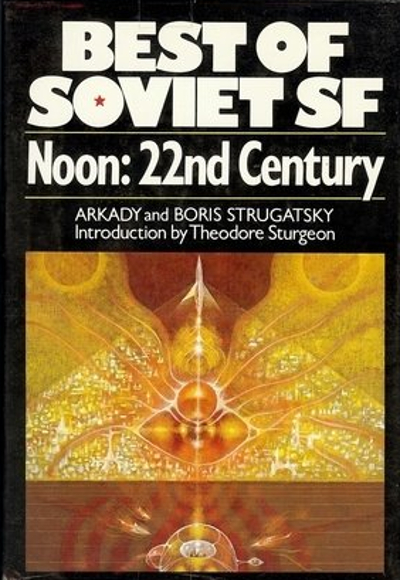 Sergey Lukyanenko is probably the most popular among modern Russian science fiction and fantasy writers for his current vampire series Night Watch.  A book which has been made into several blockbuster Russian movies.  Sergey was a struggling child psychiatrist in the former 1980s Soviet Union who turned to writing to support himself and turned it into a bestselling career.  Influenced by Robert Heinlein and Russia's own Strugatsky brothers, Sergey produced critically acclaimed sci-fi books like Autumn Visits and Labyrinth of Reflections in his early sci-fi writing life. 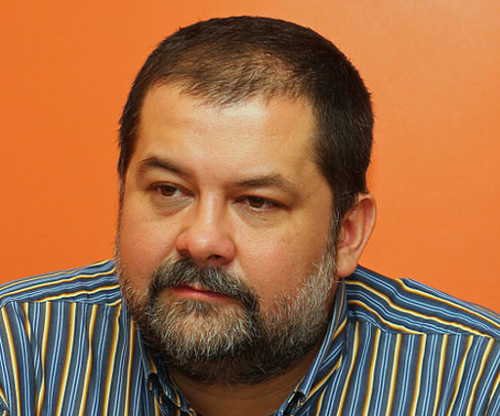 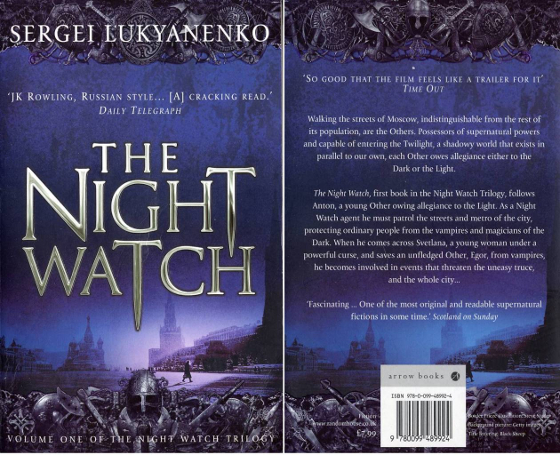 In 2005, he delved into urban fantasy dystopia at the time local writers were trending as the new voice for sci-fi and wrote his breakthrough bestseller book: Night Watch.  The bestselling novel was made into a Russian Sci-Fi vampire movie and became the first action blockbuster of its kind in his country.  There is a sequel adapted from the second book called Daywatch by Fox Searchlight Pictures.


The Night Watch is set in a future darkworld Moscow where the forces of evil,  vampires and ordinary Muscovites are caught in a web of power struggles and survival. Sergey has been described as the Russian J.K. Rowling for the Nightwatch series which is now running 6 books.

Petrushevskaya is a prose stylist writer who strings together paranormal tales that also reflect the lonely lives of Russians stuck in dreary life situations.  Her short story anthologies have titles like: There Once Lived a Woman Who Tried to Kill Her Neighbor's Baby: Scary Fairy Tales, which won the 2010 World Fantasy Award for Best Collection.

"Petrushevskaya’s stories could easily be read as bleak grotesques, populated by envious neighbors, selfish adolescents, and parents who overcompensate with exaggerated love. But ultimately, Petrushevskaya’s skillful juxtapositions yield glints of light. Resilience and ingenuity thread through the hardship, whether in the form of forgiveness or love. Such traces of humanity are starker—and brighter—because of the darkness that surrounds them."

Dmitri Glukhovsky may be the youngest successful Russian science fiction author.  He posted his novel Moskva 2033 or Metro 2033 online for free in 2002 as an 18 year-old.  The novel is about a Russian that is trying to survive a post-atomic war ravaged country with everyone trying to keep alive in the labyrinths of the Russian subway system.  Foreign publishing rights for the freely posted Metro 233 have been sold to 20 countries already.

Metro 2033 has since been published in hardcopy by Gollancz in UK.  The book already has sales reaching one million copies.  The book has been adapted into a best selling first-person shooter /adventure video game. and been optioned as a movie by MGM.   It has also spawned equally successful sequels like Metro 2034 and Metro 2035.

Glukhovsky also has other good sci-fi novels under his belt: Dusk is a tale about a Russian translator ordered to censor a book and remove pages who finds that events in his life are mirrored by his book censoring act and the stories he read in the medieval Spanish book. While, Futu.re, is a novel about a future where immortal couple have to give up their immortality to have children as part of a society that has a registration system for population control. 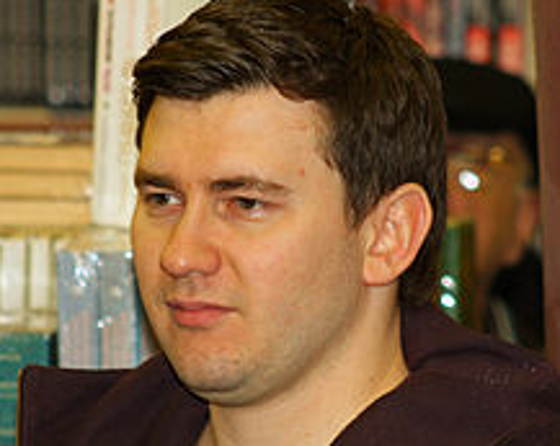 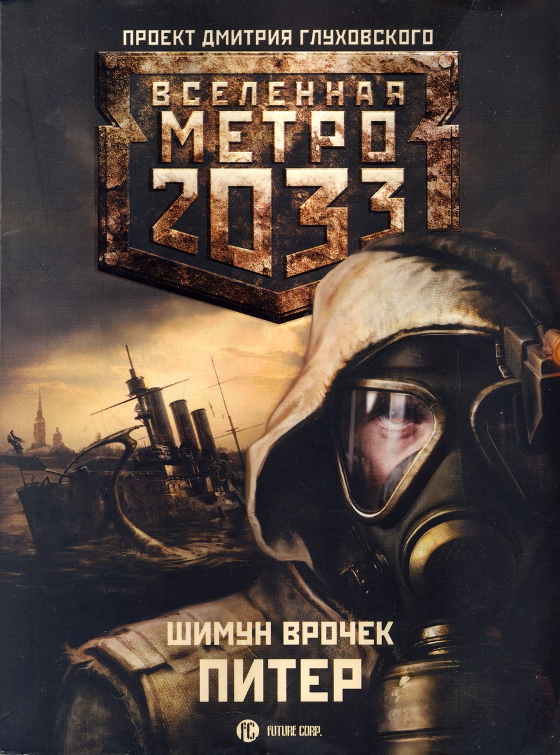 Image Credit:  4A Games THQ  (Fair use)
The novel has been turned into a
3D HD first person shooter PC videogame.

In 2008, when steampunk was a retro sci-fi genre coming into its own, Russian novelist, Ekaterina Sedia penned The Alchemy of Stone, a defining book for this thematic genre with haunting imagery and scarring emotional depiction of a war between automatons and alchemists.  Paper Cities is her anthology of more steampunk short stories.

Sedia may be the closest Russian contemporary of fellow western writers, China Mieville, Jeff Vandermeer and Neil Gaiman, as a well-admired, prose-stylist writer of fantasy and science fiction.

Her other award-winning work, The Secret History of Moscow is a look at Moscow of the 90s infused with urban fantasy tropes--the tale of Galina, a young Russian stuck in crime ridden, post-Communist Russia, that is haunted by Russian folkloric myths and creatures, paganism that retell fantastic Slavic tales. 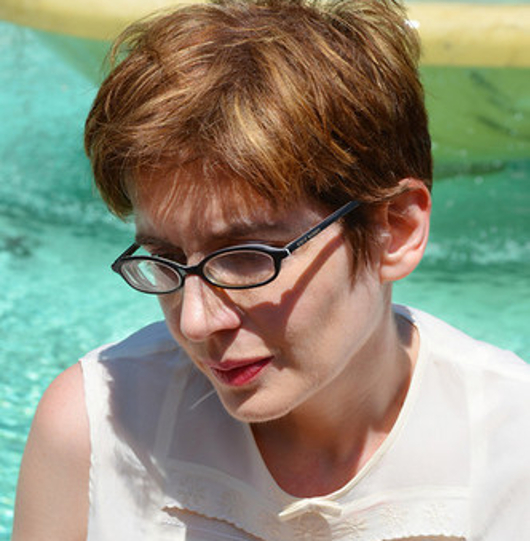 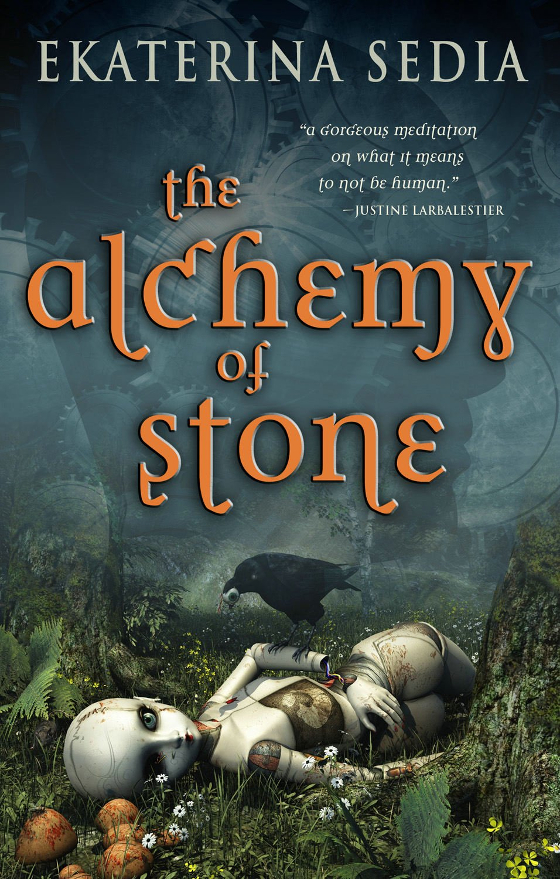 Image Credit: Prime Books  (Fair Use)
Russian science fiction and fantasy translated into English tend to be lyrical and prose stylist like Sedia while the more hard sci-fi books Metro 2033 and Night Watch are as good as Czech hard-boiled. sci-fi like MIroslav Zamboch's detective hero: J.F.K. if not better.  You will enjoy these books immensely if you are a fan of genre and are looking to explore viewpoints from a different cultural and political perspective.
The future and magic still reads amazing in Russian genre stories.  Treat yourself to a book or two or a movie adaptation DVD or Blu-Ray this holiday season.