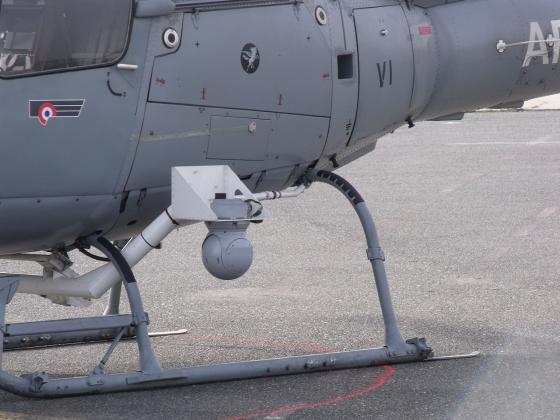 FLIR cameras are a technology originally developed for military
reconnaissance via ariborne vehicles, but today criminals use
portable mil spec FLIR cameras to illegally surveil people to rob them.

How Does a Faraday Shield Work?

A Faraday cage is a container with an electrically conductive outer layer--a metal skin or metal surface. It can be a box (a room with shielded walls), or any other closed shape. 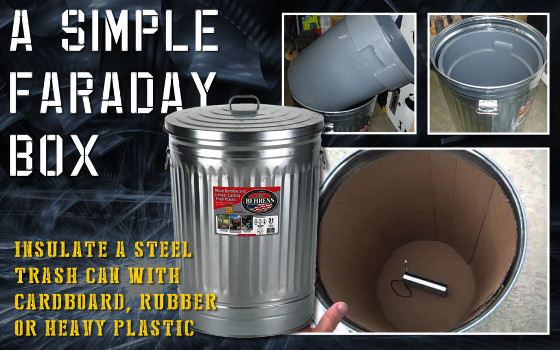 A Faraday cage works by three mechanisms:
(1) the conductive layer (aluminum or any metal) reflects incoming fields,
(2) the conductor absorbs incoming energy,
(3) the cage acts to create opposing fields like a magnetic field that repels incoming RF even further.

The shields keeps electronics or gadgets inside from getting fried or shorted out.  If there is news about prevailing solar activity or sunspot activity, better keep your equipment unplugged during these times.

Unless the Solar CME is extremely powerful or at an X.10 level or higher, your equipment is safe as long as you keep them unplugged or protected by heavy duty surge protectors against current spikes caused by the RF storm.  Only a Carrington level solar storm might be powerful enough to damage unshielded electronics.

Products certified to MIL-PRF-8170 and/or MIL-PRF-131 offer the greatest protection from an EMP from a nuclear blast level radiation.  You can also use such material for clothing such as creatign a hoodie or parka made from EMP protection material. 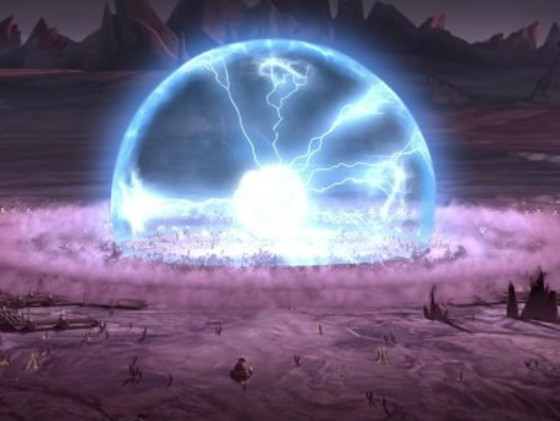 The sun has a cycle called the Solar Maximum when sunspots and solar flares become an intense and constant storm season on the surface of the sun and these storms release electromagnetic pulses or radiation storms.  If one powerful enough hits the earth, even our magnetic field cannot repel all of it, so satellites in orbit may get fried, while unshielded electronics on the ground get a short circuit like the 1800's Carrington solar maximum which made telegraph wires and offices in the U.S burst into flames.

Such a disaster if repeated in this age would cause damage that would take the world, 10 years to recover, just repairing all the electronics that will go down.  Shielding important equipment with a Faraday shiled can keep your most important appliances and gadgets safe.  A Faraday shield or cage acts as a diffusing barrier that negates the influx of RF radiation from any EMP pulse whether from a nuclear or atomic explosion or from space.

A new and dangerous modus for illegal surveillance today uses mil spec FLIR cameras (FLIR cameras that have military spec to a range of 150 meters or more) can actually be used to read tongue movements and record them to get private and confidential info.  You can detect when you are being surveilled when your TV starts to get 'snowy or a static signal (choose a weak TV channel that gets snowed easily)  if you move between the TV and the source of the surveillance which emits the FLIR. This writer himself is a vital witness to how this modus operandi can be used to inflict serious harm and harassment, including robbery of private property under the guise of everything else. 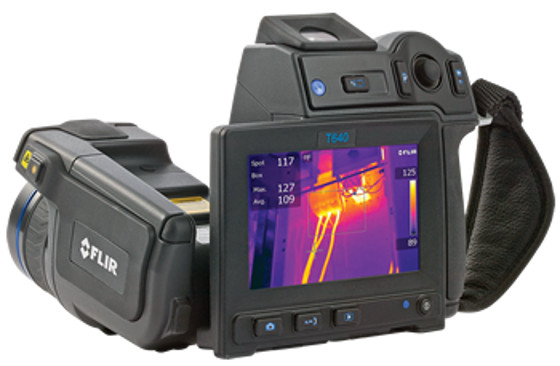 The strongest evidence for FLIR spying is when you actually 'hear' any spying individual or stalker wherever they are located because their device 'carries' their voices over a range of 150 to 200 meters as if they were clearly talking right beside you.  If you mouth what you hear and you hear them repeating, you detect the modus operandi fast and easy and identify the source and location of the illegal surveilance (using FLIR cameras that are Mil spec devices).

For a Faraday shield or cage for this type of protection, you will need a very strong shielding material such as heavy duty aluminum foil and aluminum cladding too because FLIR surveillance is difficult to detect.  Space blankets or mylar blankets are known to shield your heat sig from their getting a reading--some designers have already made hoodies out of IR camouflage material.  Quartz infused walls like limtestone bricks or mortar also diffuse almost any kind of radiation, the way the Egyptian pyramids were built with very thick limestone infused walls, because quartz acts as a natural energy diffuser and insulator.

The best part about staying safe from illegal surveillance is that RF scanners such as military spec FLIR cameras used by illegal scammers always GIVE AWAY the source or location of your stalker.  Illegal surveillance using these devices can be easily deterred by Faraday shielded rooms (rooms built this way can offer up to 50 dB of shielding up to several hundred MHz of RF) and even a face mask built with reflective material.  Blinding the IR is also a smarter option by installing infra-red flash lamps that can cause the FLIR to recalibrate itself.

Out in the open, you are more vulnerable though, and wearing a Faraday shield mask everyday isn't practical. If your life, safety, and property is in danger, you may report their modus to the authorities--By the time of this writing, the modus of such illegal surveillance techniques will be easily identified and it cannot be used as effectively anymore.

You can buy some mylar blankets, also known as space blankets or thermal blankets which can partially shield you if the material is cut and tailored into a hoodie or hooded parka that covers the silhouette of your head and your mouth from FLIR camera surveillance.