Home  »  Health & Healing  »  Don't Forget that Late Night Snack Before You Doze Off, It's Healthy!

Don't Forget that Late Night Snack Before You Doze Off, It's Healthy!

February 4, 2014       Health & Healing
Don't Forget that
Late Night Snack!
Eating small portions of food before
you doze off is healthy

Diet fads will admonish you not to gorge on anything between 7PM and wake-up time.  Are you kidding?  Here is scientific evidence that noshing on snacks at midnight is actually good in certain ways for your health.  We aren't pulling your leg.  A 350 calorie snack might just be that sleep inducing activity you need to indulge in when you are waking in the middle of the night or are having a tough time dozing off. 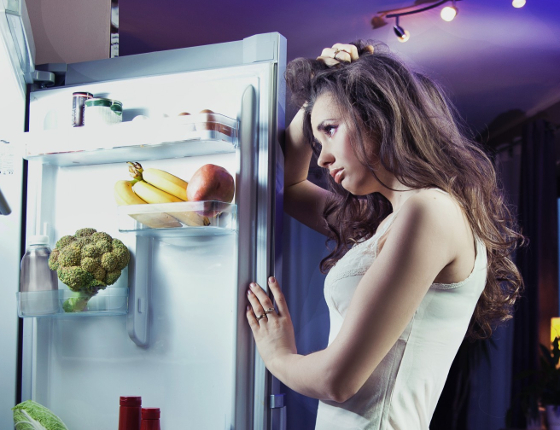 Scientists in the Netherlands discovered that consuming milk after an evening workout but 30 minutes before sleep increased protein synthesis in men.  So having a protein snack at night will help guys bulking up to get better results with their regimen.  The casein (protein) in the milk helped them build mass.

A Florida State University research team found that eating a modest (150-calorie) snack before crashing into bed give those who indulge a higher  resting metabolic rate in the morning than when they consume nothing at all before bed.  Snacks tested consisted of protein or carbohydrates.

Always ravenous in the morning?  Having a snack before bed improves satiety between meals the next day, according to research from Florida State University. The type of food doesn’t matter.  This means you don't gorge on breakfast the next day.

People who nosh on cereal before bed lose roughly 2 pounds in 4 weeks, while people who eat other snacks lose about a half pound.. according to a Wayne State University study.  Cereal's fiber cleans up your digestive tract and sweeps out those unwanted toxins.  Muesli may be a good choice given there are so many tasty varieties of the mixed grain-and-fruit cereal we all love.