November 27, 2015       Green-Minded
'Rewilding' the Earth
Start with Open Urban Spaces,
then the Rest of the Planet 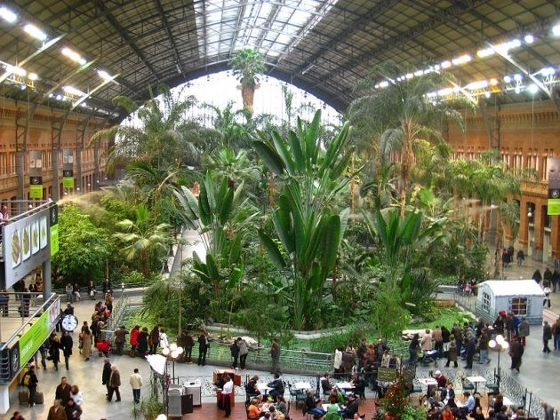 The Atocha Station in Madrid is an awesome example of
Rewilding an urban space.

Everywhere, even locally in the Philippines, invaluable species are being lost from areas where they used to thrive: innocuous insects like dragonflies, fireflies and crickets are now hard to find where you live.  Philippine urban development has encroached over natural flora and fauna habitats, creating vast stretches of impermeable surfaces and losing tree canopy cover, thus creating natural flood traps that aggravate the already dangerous unprotected swathes of communities in vulnerable to low lying areas.  Trees that used to shield the ground from excess rainfall by providing that essential buffer are now reduced to 'manicured' gardens and parks  along streets and neighborhoods.

Just travelling along any Philippine national road into the near south or north of Metro Manila and you will see clearings along the highway for new malls (more impermeable surfaces as catchbasins for rainfall) and new housing communities or high-rise mass housing that are inherently difficult to sustain over any lifetime because of the life support grid and resources needed to allow plenty of people living in crowded spaces.

You expect that urban development should be inherently limited to how any living space can sustain itself with a grid support system.  But urban planning and growth like this is simply never the case in the Philippines.  No wonder we have gridlock in the capital like no other just overnight and nobody wants to own up to the fact that a vehicle for every Pinoy is never an impressive benchmark for how good our standard of living already is.  And flooding occurs within five to ten minutes of any heavy downpour just because all that water hits concrete roads and high rises, and wells up when no trees shield our urban spaces anymore nor does the soil soak up the rain.

Organizations for rewilding mainly focus on denuded areas or wilds where local animal populations have dwindled to none.  You can check the Wildlands Network, the Rewilding Institute, and the rewildingffoundation.org  as working hard to keep biodiversity alive.

But in urban areas, we all can make living a sustainable and enjoyable activity if rewilding were part of urban planning policy.  Push for conservation science education and research and public policy initiatives as a means for keeping people aware that having a dozen high rises standing next to each other is tantamount to building a line of mausoleums.   Any cut-off from the life-support grid (power and food supply) and that kind of environment will collapse when people go without food, water or power for a week.  The storm surge in Southern Leyte turned peaceful citizens into looting and thieving mobs (even rapists) in a span of a week, because no one could survive the loss of the life-support grid. 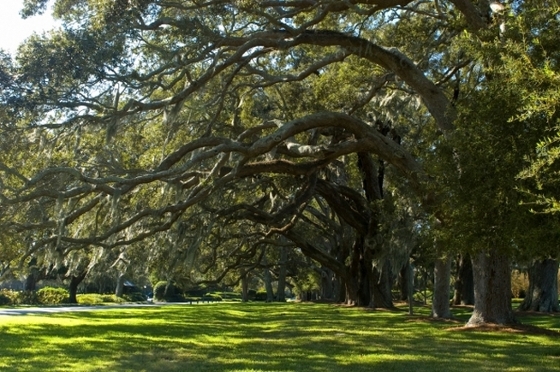 An urban forest keeps any living space or urban space cool
and shielded from excess rainfall unlike totally paved and
concretized surfaces which allow floodwater to build up.
To sustain any urban area, rewilding public urban spaces and even high-rise rooftops with both flora and fauna is the only way to survive.  Any situation.  Extreme disaster or just everyday for the rest of your life.

If we are to meet the needs of human beings to enjoy where they live, planners need to remake cities into sustainable and resilient 'humanitats' that produce a good life.  Organizations like Friends of the Urban Forest in San Francisco push urban reforestation and greening as a way of creating thriving living spaces and making business districts thrive even better. 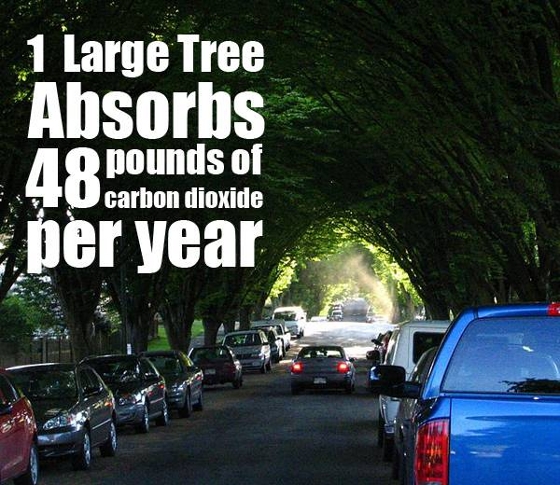 The true gauge for progress now according to smarter economists is asking people if they are happy where they live, NOT how many cars they drive, NOR how big their paycheck is.  Not even GDP anymore per se.

THAT is the true measure of success of any urban or rural community setting.  In most cases well-being can be created by simple urban structures such as recreation areas that have green infrastructure: open space in the form of parks and refuges, contact with companion and wild animals.  There are even proven urban reform measures that get criminals and misfits to get back into society by learning to farm and being involved in urban food production activities. 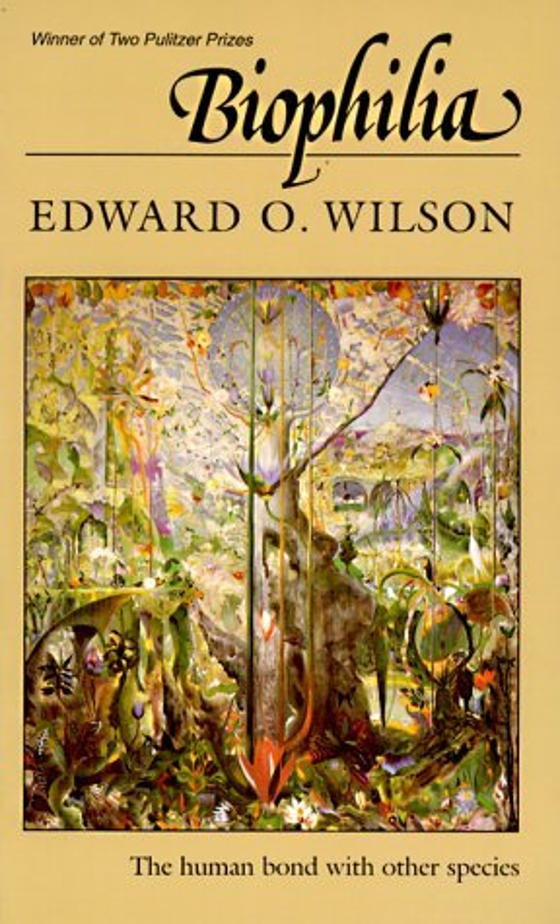 Half the Earth Restored as Wilds

Biologist, Edward O. Wilson, the Pulitzer-prize winning author of the book: Biophilia ( a greenthink proposal and philosophy  about life being linked to nature for survival ) wrote another book in the same vein called, Half-Earth: Our Planet's Fight for Life, this one an opne call for  restoring the wilds in half of the Earth to restore precious biodiversity.  These rewilded nature preserves would be managed by forest rangers and other environmental scientists and caretakers.

For the Philippines, denuded mountains  and everywhere else may be the biggest concern for local wildlife conservationists who may want to 'Rewild' our own motherland. 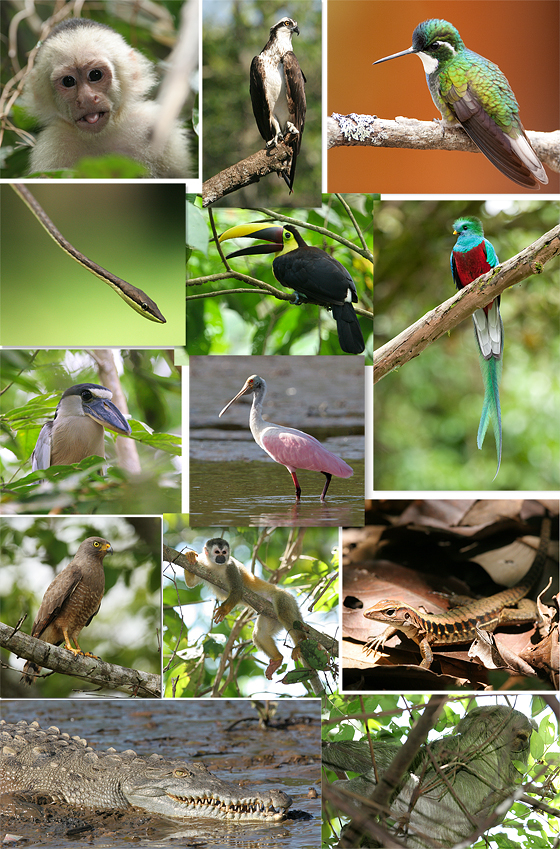 Biodiversity is a key issue for rewilding proponents, many rewilding
organizations have been established to get things going.
Rewilding concepts have worked well and inspire: In the U.S., making an experiment with wolves in Yellowstone National Park and succeeded immensely in restoring the balance of the deer population with a ripple effect--dispersing the deer communities and keeping young trees and vegetation from denudation: keeping the National Park thriving again as a balanced environment for all flora and fauna. 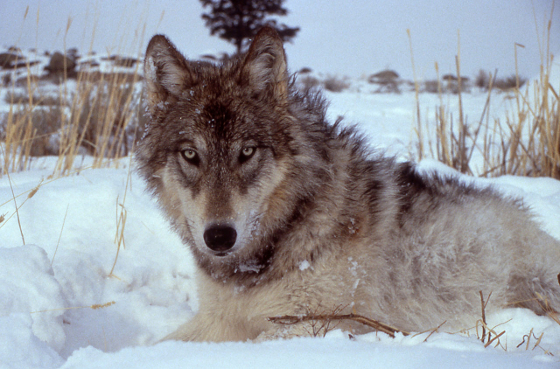