Watermelon is the Cheapest Alkaline Fixing Refreshment and Fruit Bonanza

September 1, 2014       Health & Healing
A Watermelon Slice is
Better than an Energy Drink
Quench your Body Thirst and More!
Ever wonder why you feel so refreshed after even just one slice of watermelon?  Watermelons may be mostly water about 92 percent but these refreshing fruits are soaked with nutrients. Each juicy bite gives you significant levels of vitamins A, B6 and C, lots of lycopene, antioxidants and amino acids, and even a modest amount of potassium. Plus, this summer snack is fat-free, very low in sodium, and has only 40 calories per cup. 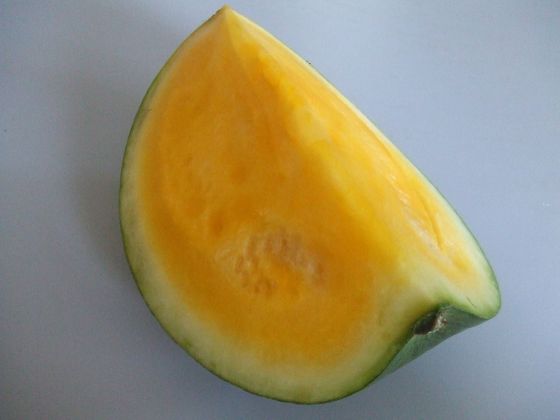 The Yellow Watermelon Variety
The fruit in the past has been described by uneducated health buffs as nothing but water.  But health scientists and nutrition science has discovered via research that watermelon is one of the best high-lycopene food sources. Lycopene is a carotenoid phytonutrient beneficial to cardiovascular health.  Health scientists are also more interested in the citrulline content of watermelon. Citrulline is an amino acid commonly converted by our kidneys and other organ systems into arginine (another amino acid). The flesh of a watermelon contains about 250 millligrams of citrulline per cup.  When our body absorbs this citrulline, most of it is converted into arginine.  Higher levels of arginine can help improve blood flow and other aspects of our cardiovascular health.

If you've gotten used to thinking about the juicy red flesh at the center of a watermelon as its only nutrient-rich area—and far more nutrient-rich than the more lightly-colored flesh that is farther out near the watermelon rind—it is time to change your thinking. Food scientists compared the nutrient content of flesh from different parts of a watermelon: flesh from the center, the stem end, the blossom end (opposite from the stem), and the periphery (the part nearest to the rind).  What they've discovered were impressive concentrations of phenolic antioxidants, flavonoids, lycopene, and vitamin C in ALL of these different areas, including the rind!  In many of the watermelon varieties, the flesh's outer periphery contained impressive concentrations of most nutrients. 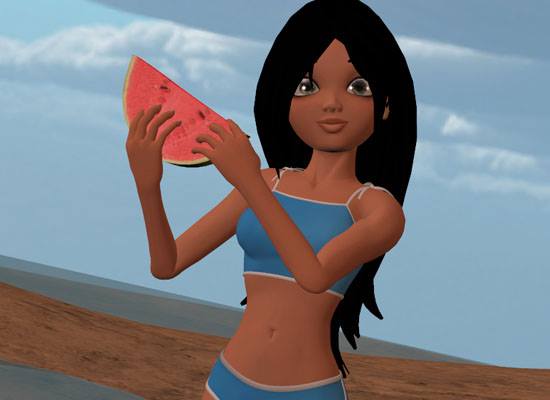 Instead of an Energy Drink, Grab a slice of Watermelon
and Feel the Difference!
Allowing a watermelon to fully ripen gets you all the nutrients you need. Research has shown that the lycopene content is at its peak inside the fruit at the time when a watermelon's flesh turns from white-pink to pink. When that flesh continues to ripen, resulting in a color change from pink to red, the lycopene content becomes even more concentrated.  Before ripening, its beta-carotene content is near zero. But as it moves from white-pink to pink to red, the beta-carotene content of a watermelon also becomes more concentrated. Like lycopene and beta-carotene, total phenolic antioxidants in a watermelon also increase during ripening.

Watermelon has some of the highest levels of lycopene of any type of fresh produce, at about 15 to 20 milligrams per 2-cup serving. The redder your watermelon gets, the higher the concentration of lycopene becomes. Watermelons are 92 percent water, so a snack can keep you hydrated, and their juice is full of good electrolytes. This can even help prevent heat stroke.  Something to remember when you need an energy drink, you can get watermelon juice or even a slice of the fruit instead! 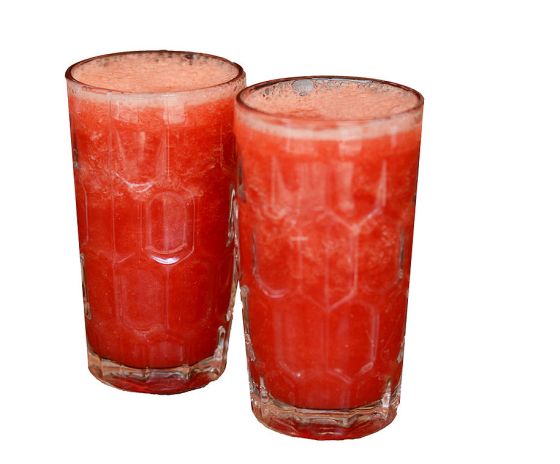 Phenolic compounds in watermelon—including flavonoids, carotenoids, and triterpenoids—make this fruit a choice for anti-inflammatory and antioxidant health benefits. The lycopene in watermelon is a well-documented inhibitor of many inflammatory processes.  Recent research has shown that the lycopene content of watermelon also remains very stable over time. When two-inch cubes of fresh-cut watermelon were stored in the refrigerator at 36°F (2°C) over 48 hours, researchers found virtually no deterioration in lycopene content. 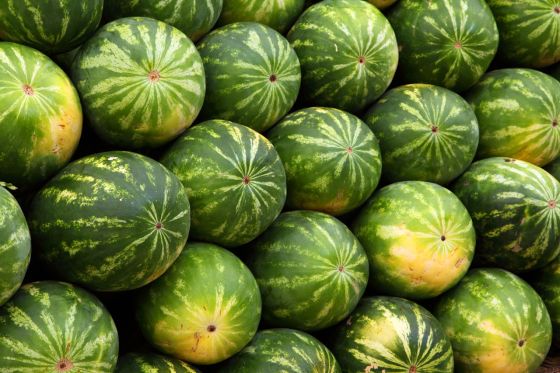 The Watermelon Fruit, they are big and heavy because
they are made up of 90 per cent Water
Watermelons can be round, oblong, or spherical in shape and feature thick green rinds that are often spotted or striped. When purchasing a whole, uncut watermelon, check for a fully ripened watermelon that feels heavy for its size. Heaviness in a watermelon indicates the water content of a watermelon has increased along with ripening with over 90% water in terms of weight.

Next time you are looking for a cheap and healthy juicing or fruit diet regimen, look no further than your supermarket or farmer's market WATERMELON.  For less than P200, you get the full benefits of a potent anti-oxidant and re-hydrating health food far better than extremely expensive vitamin and artificial anti-oxidant health supplements marketed by rip-off health product sellers.
health and healing, watermelon, energy drink, antioxidants, lycopene, replenishment of nutrients