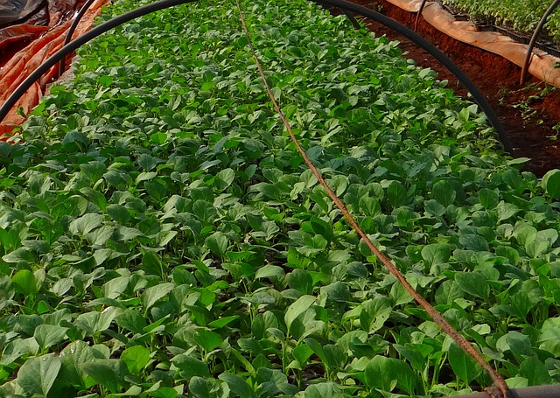 REACH has featured trends of individuals and communities going back to growing food in the home backyard via vertical container gardens and food forests.  They even have websites that offer both paid and community services to increase the number of backyards and public spaces that can be repurposed for food growing--to get free, fresh food and to sell surplus to local restaurants or hotels.

People might also be aware of automated kitchen-garden cabinets for homes or restaurants like Urban Cultivator offering setups where you have a climate-controlled, sealed cabinets with LED growing lights and hydroponic plant beds growing the herbs or leafy greens of your choice.


Video Credit:  Panasonic Singapore-You Tube
An ad featuring veggies grown by Panasonic tech for an indoor farm.
This time we look at high tech companies using their clean-room, production line knowledge to convert  old or abandoned buildings into vertical farms for growing high value produce.  Vegetables that are easy to cultivate and grow on an industrial scale like organic salad greens and herbs like lettuce and basil are the main offerings of urban farm buildings operated by unlikely companies like Miria, Toshiba and Panasonic.  The problem of sustaining the local food supply grid long term over relying on importing fresh produce daily is being worked out using these high-tech farms and hydroponic cultivation methods in old warehouses and abandoned buildings.

Image Credit:  spread.co.jp/en/
SPREAD is a company in Japan that grows fresh, organic vegetables in
warehouses and converted buildings and shares its tech worldwide.
The Fukushima nuclear disaster left plenty of structures intact but useless since businesses moved out so a Japanese firm called SPREAD tried converting them into food growing, clean factories and had great success with them.  SPREAD now is expanding its business and offering its vegetable growing tech to other communities around the world that need safe, self-contained food growing facilities. 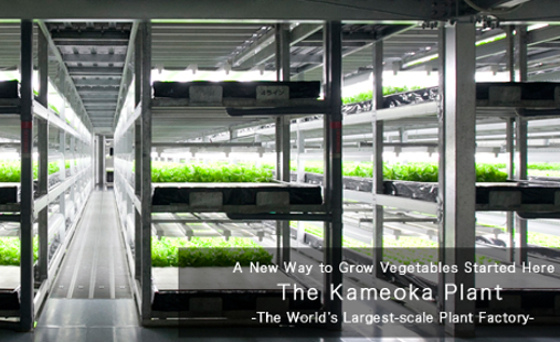 Another company set up by farmer Shigeharu Shimamura, Mirai (translated as "future" in Japanese) with assistance from GE Japan in putting together LED lamps for growing produce, has successfully converted old Sony buildings and abandoned warehouses in Japan into vertical farms that have a 100 fold gain in productivity-per-square-foot over plants in outdoor soil beds.  He harvests 10,000 heads of lettuce a month from the indoor warehouse farm in Japan.  Mirai has two more pilot indoor warehouse farms in Mongolia where the arid desert and harsh climate prevent locals from getting good vegetable harvests.

In the U.S., Detroit as an urban megalopolis has seen a downturn brought about by the relocation of manufacturing facilities to other areas and the local worker population who lost their jobs have slowly moved out of the city too resulting into entire neighborhoods being ghost towns.  But a rebirth has taken place and locals have banded together, both community groups taking over vacant public spaces and planting food gardens and food forests.  Even big businesses have seen opportunities in setting up food growing factories locally in old warehouses and buildings because Detroit is enjoying a renewal as a travel destination where many boutique restaurants and hotels are setting up shop too.

Image Credit: FarmedHere
FarmedHere sells warehouse-grown fresh, organic veggies
to local supermarkets in Chicago.
In Chicago, FarmedHere is a local group expanding its business in the U.S. doing the same localized food growing of organic veggies for distribution to supermarkets and restaurants in the local area.  Seedstock reported that FarmedHere donated an aquaponics system for a local training program for underserved youth to learn how to farm food indoors and then rehiring them as part of their workforce.  FarmedHere is also testing products like babyfood with fresh produce ingredients as part of its product line to help local supermarkets source other food products from local food growers. 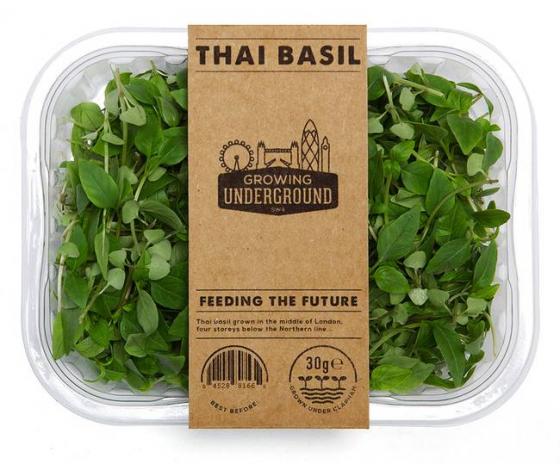 Treehugger reports that In the U.K., a company that raised funding from crowdsourcing and private investment called Zero Carbon Food has bought former underground bomb shelters and converted them into food growing warehouses, setting up climate control and hydroponic beds in clean room environments.  Its project is called Growing Underground.  The same operation is going on in New York and Montreal and other cities with unused underground spaces like air-raid, bomb shelters. 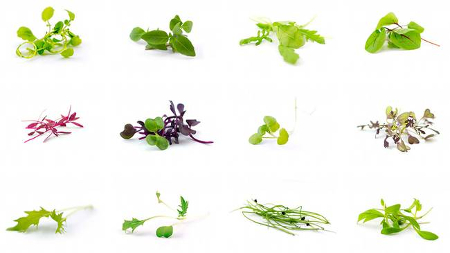 According to AFR, there are 15 commercial vertical farms in the US. while Asia has organic food growing factories in Singapore and Japan.  The companies also forewarn that where food is available for cheap like in th ASEAN or southeast Asia, a food factory inside a building may be too cost prohibitive for foods like cucumbers or squash.

The cost of electricity and rent are high in SouthEast Asia but backyard farming allows for cheaper food production.  But this might just be a capitalist view point where one measures the cost of inputs versus the price of the end product.  Local government spending can be put to good use by promoting reuse of old buildings for vertical farms and keep people in local communities happy with readily available fresh food instead of any other social enterprise.  Rent and electricity need not cost a premium with tech like solar and wind power plus battery storage or even off-grid hybrid power generators as possible localized energy providers.  And with old buildings or warehouses still being useful, instead of overburdening the local supply grid or power grid by putting up more skyscrapers and tearing down old structures, those structures can be used to sustain the community and provide jobs locally long term.

This should be the better outlook if any business is looking into any service project for the local community instead of basketball courts or more churches--why not put money to provide food on the table for local communities and local businesses?  The profit of this venture would be healthier citizens and communities, jobs for underserved youth and elderly as well as a resilient food supply grid.

In areas that are constantly ravaged by super typhoons like Batanes and Samar, reinforced warehouses that can withstand storms can be built and be a refuge for growing food for local communities all year round so there won't be situations where red tape stalls relief efforts--food will still be available locally from the food growing warehouses.  This can work everywhere in any country too.
green-minded, food factory, abandoned buildings food growing, urban food growing, vertical gardens in warehouses, organic farming, japan tech food farming, spread, farmedhere, grown underground, mirai japan food farm