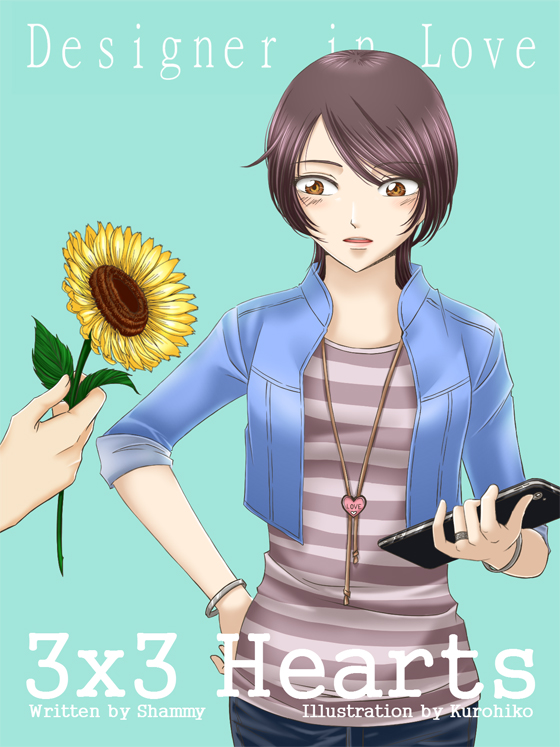 Hannah, thought to herself, okay here we go again…”So boss Raffy, can I start work on the design specs for the new magazine pages sent in by the client today?”
“Uhm, I’ve gone over the peg they want for this batch but here’s what I want you to do instead.  Sit down next to me and I’ll show you how EACH page should look so that it comes off even better than they expect,”  said Raffy.
Hannah tried hard not to roll her eyes and just blinked it off, pretending to smile eagerly..Oh God I hope I don’t look like I’m coming on to him blinking like this.  Dammit you oaf.  You may look like God’s gift to women but you’ll be the death of this company if you run it like you do.
Hannah took a deep breath as she sat closer to Raffy then asked him, “Okaaaay.  The design specs are very clear and they don’t want anything changed from what we see right now.  What do I do?”
“No sweat, Hannah.  Clients don’t really know what they want until you show them how to really do it, you know what I’m saying?  They’ll come around once they see the adjustments I’ve made to the typography and backgrounds, “ explained Raffy as he was looking at Hannah intensely  wanting to really impress her with his insights into a business no other design house has done as well as Variable Geometry Inc.
Hannah looked and waited and saw how much work she had to do to fix all the crap Raffy was putting into the poor client’s design brief.  “Oh man this will take all of my time tonight.  I’ll even have to schmooze with this bully just to keep him off my case.  Or else it’ll be us arguing about this for the entire week.  Somebody shoot me now, please.”
“Okay boss, gotcha.  I’ll do everything EXACTLY like you say I should.  To the letter.  I mean to the last font change.  If you leave me alone now, I’m sure I can finish all of it and we can spend the downtime talking about that other gig you wanted me to consider.  What do you say?” , bluffed Hannah in as spunky an enthusiastic drone can muster when trying to cover up for her boss.
“Good.  Okay.  Finish the work like you always do and don’t worry about the client’s response to my revisions.  They don’t pay us to give them mediocre work.  And I hope you do get extra time to drop by my booth and we’ll talk about that opportunity I was talking to you about.” , smiled Raffy.
Geth saw Raffy  put the moves on Hannah.  Crap.  Raffy seemed to look like he was trying to show Hannah how the work for the day would be done but in effect he was doing most of the work himself and leaving Hannah to tie up the loose ends.  Meaning she would try to rework everything he did so that the clients wouldn’t flame the office for making an ass of them and changing all the design specs they had sent her for their magazine.  What a piece of work that Raffy.
Geth signaled surreptitiously at Hannah and she caught his choke sign at her and she tried not to smile too easily and give him away.
Man, the entire floor hated this doofus of an Account Manager but he was the youngest brother of the owner of the company so they had to toe the line and bear him with grins and feigned courtesy even if he acted like he owned the damned place which he really did anyway.
Geth knew Raffy hated his type.  It wasn’t his fault he was prettier than even the attractive concierge secretaries and receptionists.  He got hired because he was the best at his job when few would work for the pittance they paid at this gig.  He stayed on because of only one thing—Hannah.  There would be no one like her anywhere else and he didn’t want to leave her in the eager paws of this Miami Vice relic of a half-breed Pinoy.  Hannah treated him as her best friend and confidant and he was in love with her and though there were gigs already offering him stints for up to 10 times what he was getting, Geth stayed on.  He could get any gig he wanted anytime he wanted.  But he would never find another Hannah Navtor anywhere else.